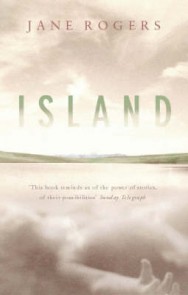 The island is a place where things are not quite as they appear; a magical place where the murder of a reclusive woman is not a cut and dried case. ‘I thought I had come to the island to wrest control of my life back from the woman who had sabotaged it. But I was wrong. My mother was still writing my plot.’ Nikki Black, intent on punishing the mother who abandoned her at birth, goes to the island with only one aim in mind: revenge. But her plans are confounded by the discovery that she has a brother. Not just any brother but a brother strangely possessed by their mother; a brother with a terrifying violent streak; an apparent simpleton whose head is filled with the stories of past islanders, Crofters, Vikings, Little People. A brother whose dangerous love and strange way of seeing the world transform Nikki’s life.

The mindscape of an intelligent young woman who has never known any kind of love is brilliantly portrayed…This is a story where there is a kind of cathartic redemption THE TIMES A novel of redemption Nicci Gerrard, OBSERVER Heart breakingly lyrical GUARDIAN Original and compelling … 'Tempest territory'

Jane Rogers has written six novels including MR WROE’S VIRGINS (dramatised as an award-winning television serial) and PROMISED LANDS, which won the Writers’ Guild Best Novel Award 1996. She also writes for TV and radio, and teaches at Sheffield Hallam University.