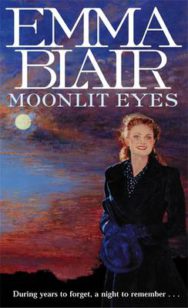 When Pee Wee Poston and his wife Beulah are offered the chance to swap New York for London, they jump at the chance. Pee Wee, a highly talented saxophonist, has been asked to help launch a new jazz club in Soho. By accepting, the couple can be close to their son Julius, a high-flying diplomat at the American embassy. The Postons settle in Islington, only to find that some locals dislike having a black family in the area. But from their new neighbours – Albert and Jess Sykes, their daughter Ellie and son Paul – they receive the sort of warm welcome Londoners are known for. Before long, they are firm friends – a commodity which, with war looming, grows more precious by the day. As Hitler launches his bombing campaign on London, Pee Wee and his band play on, resolute in their defiance of the air raids. And then, in the middle of the tragedy and suffering, a moment of rare beauty blossoms. Julius plays one of his father’s records, Moonlit Eyes, and asks Ellie to dance.