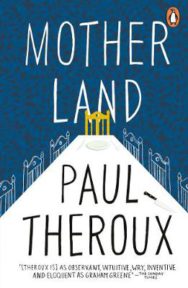 ‘Downright hilarious… Like watching a slow-motion car crash. Theroux possesses a fabulously nasty sense of humour’ Stephen KingA riotously dysfunctional portrait of one all-American family and its diabolical matriarch – by one of America’s most acclaimed writersEveryone in Cape Cod thinks that Mother is a wonderful woman: pious, hard-working, frugal. Everyone except her husband and seven children. To them she is a selfish and petty tyrant — endlessly comparing her many living children to the one who died in childbirth, keeping a vice-like hold on her offspring even as they try to escape into adulthood.Welcome to Mother Land: a suffocating kingdom of parental narcissism. This is an engrossing, hilarious and heartbreaking portrait of a modern family — the bickering, the conspiracies, and the drive to overcome the painful ties that bind.’Brilliantly depicts characters in pinpoint prickly prose’ Guardian’Funny and wonderfully mean spirited’ Saturday Review’The family dynamic has been rendered exceptionally well’ Herald

Paul Theroux has written many works of fiction and travel writing, including the modern classics The Great Railway Bazaar, The Old Patagonian Express, My Secret History and The Mosquito Coast. Paul Theroux divides his time between Cape Cod and the Hawaiian islands.