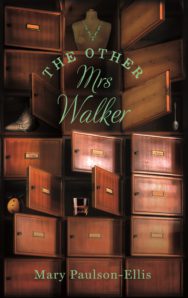 Home > Fiction from Scotland > Adventure/Thriller > The Other Mrs Walker

In a freezing, desolate Edinburgh flat an old woman takes her last breath surrounded by the few objects she has accrued over a lifetime: an emerald dress, a brazil nut engraved with the ten commandments – and six orange pips sucked dry.

Meanwhile, guided by the flip of a coin, Margaret Penny arrives back at her old family home, escaping a life in London recently turned to ash. Faced with relying on a resentful mother she has never really known, Margaret soon finds herself employed by the Office for Lost People, tasked with finding the families of the dead: the neglected, the abandoned, the lost. Her instructions are to uncover paperwork, yet the only thing Mrs Walker, the old woman in her current case, left behind is a series of peculiar objects.

But in the end it is these objects that will unravel Mrs Walker’s real story: a story rooted in the London grime and moving from the 1930s to the present day, a story of children abandoned and lost, of beguiling sisters and misplaced mothers, of deception and thievery, family secrets and the very deepest of betrayals; in which the extraordinary circular nature of life will glitter from the page. For in uncovering the astonishing tale of an old woman who died alone, Margaret will finally discover her own story too . . .

Mary Paulson-Ellis was born in Glasgow and studied Politics and Sociology at Edinburgh University. She worked for several years in arts administration before giving it all up to become a writer. She began with an evening class as part of the Edinburgh University Open Studies programme in 1999 and went on to complete an MLitt in Creative Writing from Glasgow University in 2008. On graduating she was awarded the Curtis Brown Prize for Fiction in 2009 and was runner up in the Sceptre Prize that same year.

Mary’s short fiction has been published in a variety of anthologies and magazines including New Writing Scotland, Gutter and the Herald. She is both a Brownsbank and a Hawthornden Fellow and won the Maverick Award from the Tom McGrath Trust in 2011 for her children’s illustrated book project about an existential Jack Russell.

After detours into tour guiding for the National Galleries of Scotland, script-editing for BBC Scotland and running a small theatre company, her debut novel, The Other Mrs Walker was published by Mantle/Pan Macmillan in 2016.