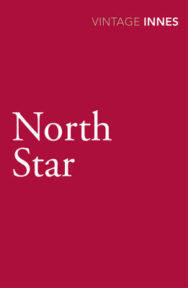 Michael Randall flees to the wild seas around the Shetlands to escape an impossible dilemma. There he finds a North Sea oil rig and the unlikely possibility of a new life. But one stormy night this glimmer of hope for the future, and Randall’s life itself, is thrown into jeopardy.

"A master story-teller, at his best when the sea is one of the chief characters" * Daily Telegraph * "Fast pace, terrific atmosphere, tension…Nobody can do this sort of thing better than Mr Innes" * Listener * "Hammond Innes must be one of the best tellers ever of the straightforward adventure in a harsh, well-researched setting" * Financial Times *

Ralph Hammond Innes was born in Horsham, Sussex, on 15 July 1913 and educated at Cranbrook School, Kent. He left school aged eighteen, and worked successively in publishing, teaching and journalism. In 1936, in need of money in order to marry, he wrote a supernatural thriller, The Doppleganger, which was published in 1937 as part of a two-year, four book deal. In 1939 Innes moved to a different publisher, and began to write compulsively, continuing to publish throughout his service in the Royal Artillery during the Second World War.Innes travelled widely to research his novels and always wrote from personal experience – his 1940s novels The Blue Ice and The White South were informed by time spent working on a whaling ship in the Antarctic, while The Lonely Skier came out of a post-war skiing course in the Dolomites. He was a keen and accomplished sailor, which passion inspired his 1956 bestseller The Wreck of the Mary Deare. The equally successful 1959 film adaptation of this novel enabled Innes to buy a large yacht, the Mary Deare, in which he sailed around the world for the next fifteen years, accompanied by his wife and fellow author Dorothy Lang.Innes wrote over thirty novels, as well as several works of non-fiction and travel journalism. His thrilling stories of spies, counterfeiters, black markets and shipwreck earned him both literary acclaim and an international following, and in 1978 he was awarded a CBE. Hammond Innes died at his home in Suffolk on 10th June 1998.