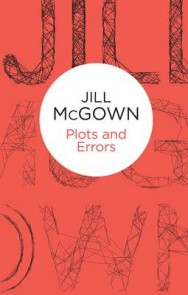 ‘I shot someone dead.’ He watched for her reaction, and there was more than just surprise in those dark blue eyes; there was something very like respect. ‘I got out just over eight years ago.’ ‘What was it like?’ ‘Prison?’ She shook her head, smiling slightly. ‘Killing someone,’ she said. Andrew and Kathy Cope, the proprietors of a debt-ridden detective agency on the verge of losing their home, are found dead in their fume-filled car. Few doubt that it was suicide. But Detective Chief Inspector Lloyd does. He knew Kathy, and doesn’t believe she was a quitter. And why, he asks DI Judy Hill, were groceries put away on the wrong shelves? Why is Andy Cope’s wheelchair still in the boot? Even Kathy’s last case is a puzzle. Why, of all the detectives she might have employed, did a member of the super-wealthy Esterbrook family choose to hire the Copes? That night, the murder of matriarch Angela Esterbrook appears to vindicate Lloyd’s doubts, but even he doesn’t realize that the Copes’ apparent suicide is just the curtain-raiser on a tragedy of almost Shakespearean proportions …

Reviews of Plots and Errors

Jill McGown, who died in 2007, lived in Northamptonshire and was best known for her mystery series featuring Chief Inspector Lloyd and Sergeant Judy Hill. The first novel, A Perfect Match, was published in 1983 and A Shred of Evidence was made into a television drama starring Philip Glenister and Michelle Collins.

Louise Hulland is a Sony Award winning journalist, TV & radio presenter and  documentary  maker. She has been investigating the plight of victims of modern slavery and human trafficking since 2010 and has reported widely on the subject in print and …