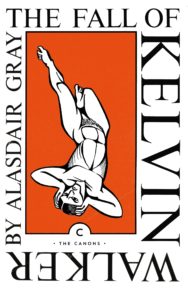 Home > Fiction from Scotland > The Fall of Kelvin Walker

The Fall of Kelvin Walker

It is the Swinging Sixties and Kelvin Walker has moved from Scotland to London to make his fortune. Through his wanton ambition, a megalomania surfaces that is unrelieved by his insensitive attempts at friendship and romance. Yet is he all bad, or are the true villains the establishment figures who he tricks and deceives? And, ultimately, does it matter?Gray’s twist on the follies of religion, the media and the imperial British centre is as relevant now as ever.

Reviews of The Fall of Kelvin Walker

Gray transformed our expectations of what Scottish literature could be — VAL McDERMID One of the most gifted writers to have put pen to paper in the English language — IRVINE WELSH The best Scottish novelist since Sir Walter Scott — ANTHONY BURGESS Gray is a true original, a twentieth century William Blake * * Observer * * One of the brightest intellectual and creative lights Scotland has known in modern times — NICOLA STURGEON A necessary genius — ALI SMITH A parable, a romp and, as I found, a one-compulsive-sitting read — MELVYN BRAGG Bawdy and exuberant * * Guardian * *