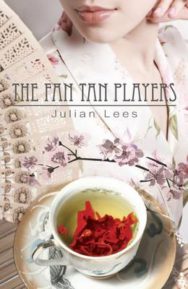 THE FAN TAN PLAYERS opens in 1928 in Macao on a cyclone-drenched Quasimodo Sunday. Nadia Shashkova, now in her late twenties, but originally a child refugee from pre-revolutionary Russia, is contemplating her diminishing marital prospects. None of the Portuguese suitors who pay their respects appeal to her in the slightest. Independent, astute, an outsider, Nadia is haunted by secrets from her childhood, memories of violence and rupture, and one terrible secret above all others will not let her go. Enter Iain Sutherland, an enigmatic Scot who is, officially, a British Consular representative, and who is very interested in Nadia for a number of reasons. As Nadia and Iain learn about each others’ histories, neither of them can anticipate what the future holds for each of them ? a journey into Russia to find something that has been lost, internment in a Japanese prisoner-of-war camp, a courageous rescue. THE FAN TAN PLAYERS is an opulent family saga, set in Macao, Russia, the Scottish Highlands and Hong Kong in the 1920s, 1930s and 1940s. Exotic and beautifully written, it is a story of love, history, adversity and adventure.

Julian Lees was born and raised in Hong Kong. After attending Cambridge University he worked for ten years as a stockbroker with UBS and Societe Generale. Since then he has written two novels: ‘A Winter Beauty’ and ‘The Fan Tan Players’. Both novels have been translated into German and published by Random House Germany with a third set for release in 2011. ‘The Fan Tan Players’ has also been published in Polish by Proszynski Publishers. Julian currently lives in Malaysia with his wife, Ming, his three young children, Augustus, Amber, and Aisha and his constant canine companion Boobert.