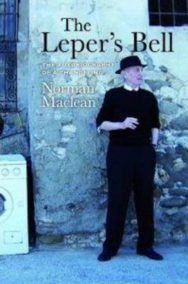 Home > Uncategorized > Leper’s Bell: The Autobiography of a Changeling

Leper’s Bell: The Autobiography of a Changeling

A comedian, singer, composer, musician, linguist, actor, author and a favourite of Sean Connery and Billy Connolly’s, Norman MacLean is a living legend in the Gaelic world and a household name across the Highlands and Islands of Scotland. Yet for all his creative genius Norman MacLean is virtually anonymous outside this ribbon of northern Scotland. His career has been etched with enormous highs and lows – a reflection of the turmoil of his private life. In this analytical, frank yet often humorous autobiography, Norman MacLean reveals the man behind the comedy and the crippling horrors of alcoholism. It is in turns tragic and uplifting, devastating and hilarious, elegant and heartbreaking, and one of the most compelling and moving memoirs to appear in recent years.

Reviews of Leper’s Bell: The Autobiography of a Changeling

'Norman is a 24-carat comedy jewel that just keeps sparkling' – Bruce Morton, BBC Radio Scotland 'Norman MacLean is the Billy Connolly of the Gaidhealtachd' – Calum MacDonald, Runrig 'well written – a rewarding, harrowing journey for the reader – One is left feeling a deal of sympathy for this most talented, fascinating and charismatic man' – The Herald

Born in Glasgow in 1936, Norman Maclean was educated at school and university in Glasgow, before going on to teach all over Scotland. He garnered much fame after winning two Gold Medals at the National Mod – for poetry and singing – in the same year, 1967, the only person ever to do so. Shortly afterwards he began a career, as he would say himself, as a clown, and it is in that role, and that of a musician, that he is still best-known today.