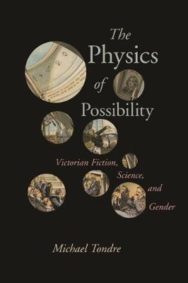 The Physics of Possibility: Victorian Fiction, Science, and Gender

The Victorian novels of Charles Dickens, George Eliot, and others have been characterized as having lapsed plotlines, endless digressions, and an obsessive devotion to background characters. But, as Henry James asked, what do these elements mean artistically?The Physics of Possibility answers this question by charting a thirty-year span when the mathematics of chance transformed the physical sciences of the mid-nineteenth century. Michael Tondre shows that what might be considered literary “”weaknesses”” actually reflect a reorientation of the basic formal categories of object, action, and setting in investigations of chance within Victorian physical science and mathematics. Novelists cultivated a common vernacular with this new science, inventing shared doctrines of realism.Using an interdisciplinary method grounded in close readings of specific texts and archival materials, and drawing on science studies, philosophy, object theories, and cultural history, The Physics of Possibility interprets innovations across different forms of writing, tracing a trajectory from a handful of mathematically -minded savants in 1850 to a shared understanding of fiction as a vehicle devoted to the production of possible worlds.

Reviews of The Physics of Possibility: Victorian Fiction, Science, and Gender

The Physics of Possibility offers an excellent and substantial contribution to the field of studies on Victorian literature and science. As Tondre rightly observes, the distinctiveness of this period is apt to be overlooked in considerations of literature and physics, which assume the Victorians are still steeped in an eighteenth-century Newtonian worldview or view Victorian physics merely as precursors to the early-twentieth century revolutions of relativity and quantum mechanics. The book is interesting, original, and quite polished.–Barri J. Gold, Muhlenberg College, author of ThermoPoetics: Energy in Victorian Literature and Science