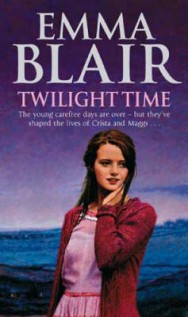 The Devonshire village of Ford is full of excitement and curiosity at the arrival of their new doctor, the dashing young Scotsman Jamie Murray. Among the fluttering female hearts are sisters Maggs and Crista Fletcher. And though Maggs frequents the local pub, the Angel, in the hope of a chance meeting with the young doctor, it is Crista to whom Jamie has taken a shine. Not that Maggs is exactly drinking on her own. Her admirers include Dickie Trippett, her childhood sweetheart, now scarred for life in the First World War, and handsome, confident and rich Rupert Swain, son and heir to the local paper mill. For Maggs, there is no contest as to where her affections lie: Rupert wins hands down. Except that Rupert is a member of the most hated family in Ford: the Swains run the paper mill in the most ruthless and cruel fashion, paying the lowest rates in dangerous working conditions. And just as Maggs cannot reveal the object of her love, Rupert wouldn’t dream of doing so either. As far as he’s concerned, she is just another village girl to be loved and left.As Maggs and Crista’s lives progress, they come to realise that those young, seemingly carefree days have, in fact, shaped their entire destinies …

Emma Blair was born in Glasgow and now lives in Devon. She is the author of twenty-four bestselling novels including SCARLET RIBBONS and FLOWER OF SCOTLAND, both of which were shortlisted for the Romantic Novelist of the Year.