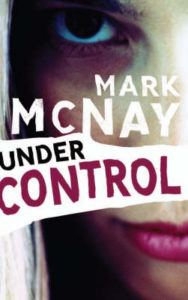 Home > Fiction from Scotland > Under Control

Who do you trust? Charlie and her boyfriend Gary are struggling to keep their lives on track in an imperfect world. When the money runs out or the drugs don’t work, love is not always enough. Help is at hand in the form of social worker and guardian angel Nigel, but as best intentions meet compulsive desires, the fates of these three very different people are transformed for good. Under Control is the thrilling new novel from the prize-winning author Mark McNay.

Reviews of Under Control

"* 'PRAISE FOR FRESH Menacing, witty, with snappy no nonsense dialogue and an unambiguously shocking ending, McNay's debut is every bit as fresh as its title.' – Guardian * 'McNay's portrayal of factory life is richly convincing. His language – especially the dialogue – is exact, brimming with life and never strained… The result is a novel whose edgy energy carries you forward… a hugely entertaining, sometimes disturbing, fiction debut.' – Tom Adair, Scotsman * 'This energetic debut owes much to Welsh and Kelman but has vigour all its own… the setting is vivid and the vernacular dialogue sparkles with acerbic wit.' – Big Issue"

Mark McNay was born in 1965 and brought up in a mining village in central Scotland. After a failed electrical engineering course and fifteen years doing odd jobs, Mark joined the UEA creative writing course in 1999. He graduated in 2003 with distinction. His first novel, Fresh, won the Arts Foundation New Fiction Award 2007 and the Saltire First Book of the Year Award. Mark currently lives in Wales.