A Bird’s Eye View of a Highland Year

For more than three decades, John Lister-Kaye has been enraptured by the spectacular seasonal metamorphosis at Aigas, the world-renowned Highland Field Centre. Gods of the Morning  follows a year though the turning of the seasons at Aigas, exploring the habits of the Highland animals, and in particular the birds – his gods of the morning – for whom he has nourished a lifelong passion.

Did ever the raven sing so like a lark,
That gives sweet tidings of the sun’s uprise?
Titus Andronicus, Act III, scene I,
William Shakespeare

There is nothing dull about a raven. As glossy as a midnight puddle, bigger than a buzzard, with a bill like a poleaxe and the eyes of an eagle, its brain is as sharp and as quick as a whiplash. Surfing the high mountain winds, ravens tumble with the ease and grace of trapeze artists, and their basso profundo calls are sonorous, rich and resonant, gifting a portent to the solemn gods of high places. Ravens surround us at Aigas, and they nest early.

Yesterday, a puzzling January day so gentled by a southerly breeze streaming to us from the Azores that it could easily have been April, I sauntered the half-mile to where the road lifts and snakes east, then veers north high above the river to look down into the black waters of the Aigas gorge, most of which is invisible to the casual passer-by sealed in his car. A day so beguiling under the cool winter sun that great tits began sawing and dunnocks bubbled and trilled from the roadside broom thickets. I wanted to see if the ravens were attending their habitual site on a vertical cliff overhanging the satanic flow of the Beauly River.

They weren’t, although a faint ‘cronk’ from somewhere high above and beyond the forested horizon echoed back at me from the rock walls. I hadn’t expected them to be at the nest site so early in the year, but because that seductive airstream had brought the rooks back to their nests for an hour or two before vanishing again, it got me thinking of crows in general and climate change in particular.

Attempting to draw conclusions about aberrations in climate from one or two odd incidents is risky and always bound to be proved wrong when suddenly everything happens in reverse. It is also unwise to work from the premise of any ‘norm’. What defines normal weather, and when did it become normal? Is a winter bound to be defined by cold and snow? Clearly not since Britain and many other parts of northern Europe have experienced mild, wet winters off and on for decades. And yet most careful observers are convinced our climate is changing. All I can do, trapped in our Highland glen, is to watch and monitor the common standards of climate, temperature, precipitation and wind speed, and do my best to work out the impact these fluctuating parameters have on the wildlife around us. I thought the ravens might throw some light on this conundrum.

Ravens are always the first to nest every year – nests built in early February, eggs laid towards the end of the month – but if the weather is clement our gorge pair often spend a few late-January days repairing the twiggy stack, now a yard high, that they have used for the last decade. The Aigas gorge is a perfect site for raising their brood of greedy, belly-bulging, reptilian fledglings. (As I write this, I am struck by an irresistible word-play: ravens nest in the Aigas gorge; ravens gorge in the Aigas nest.)

The valley is U-shaped and glacial, stretching back twenty-two miles into the Affric Mountains. As the ice thawed ten thousand years ago the meltwater streams created the broad, meandering flow of the river, which, on hitting a fault line in a wall of friable and ice-shattered conglomerate rock, washed out two separate channels, presenting us with a fifty-acre island, Eilean Aigas, bounded on both sides by a deep gorge with rushing falls and creating an ideal site for someone to come along and build a dam for hydro power, which is precisely what happened in the 1950s.

The gorge and the impressive Druim Falls, studded with rapids rolling around huge mid-stream rocks known as the Frogs, became a celebrated Victorian beauty spot and remains so, but the flooding of the falls by the hydro scheme caused the rapids to vanish, unless the river is very low when they re-emerge as foaming turbulence never quite breaking the surface. In a boat or canoe the going between damp and ferny seventy-foot walls is calm and eerily silent, but as you approach the flooded falls the flow suddenly springs into life as it grounds upon the submerged rocks, heaping up over them, carrying the air with them so that you are engulfed in rushing and streaming chevrons of white water.

The hydro dam (20-megawatt generation) undoubtedly cramped the gorge’s tourist appeal, but not for the birds. The high, vertical cliffs stretching for a quarter of a mile are ideal as a secure nest site and are variously occupied but jackdaws, kestrels and peregrines, grey wagtails and dippers as well as ravens, while cormorants whitewash the rocks with guano as they haul out on the Frogs to hang their oil-less feathers out to dry.

The Latest in Jim Crumley’s ENCOUNTERS IN THE WILD Series 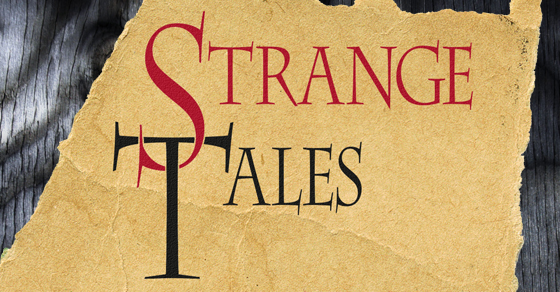