The New Writers Award recognises serious aspiring writers and provides them with the opportunity to develop their craft. Watch this space for the new up-and-coming names in literature.

This month, we introduce you to the writing of awardees Lindsay MacGregor and Rachelle Atalla.

I noticed a young boy approaching, carefully, through the rows of people spread out in the sun. Turning his back to me, he came to a stop in front of my lounger and sat down in the sand. He wore no t-shirt, only shorts and a baseball cap that was too big for his head. He was thin, unbearably thin; a thinness that made me feel sick. He could have only been about ten but he resembled an old man – skin and bone worn away to nothing. He gripped a backpack in his right hand that looked empty. On his wrist he wore red and yellow beads – the beads could have been made for a toddler. From my lounger, I shifted slightly, giving myself an elevated view of his movements. The boy stretched himself out, placing his backpack behind his head to create a pillow. He ran his fingers through the warm sand, clawing handfuls, letting his fingers fall flat again. He moved his body from side to side, suddenly sitting up, drawing his knees close to his chin and burying his toes under the sand. In that position, I saw the entire framework of his spine. Every bone protruded out towards me, allowing me to see how he was made. He seemed hardly a person in that moment – just an arrangement of bones. He lay back down and within minutes was sleeping soundly, his face turned away from the sun. It made me wonder what would become of my bones once I was gone. I had always disliked the idea of cremation. My parents had bought their cemetery plot when I was a child, needing to be together, one on top of the other. I’d never had their foresight.

The boy could only have been asleep for twenty or thirty minutes, but for all that time I watched over him, imagining I was protecting him from whatever harm I thought might approach. He had scars on his arms; the scars pale against his dark skin. I found myself thinking pigmentation was a strange thing. Who had given him those scars? Or had he made them himself? I thought about my butchered bowels and what was left of them. I wanted this boy to know I cared for him. We were united, this boy and I, from circumstances out of our control.

He woke, rubbing his eyes slowly, and sat up, grabbing his hollow backpack. He took a yellow football top out of the bag and pulled it over his head with the baseball cap still on. Like the cap, the shirt was also too big, drowning him. There was a price tag hanging from the back of his shirt, which didn’t seem to bother him. He got to his feet, weaving through the loungers and towels, until he was away, lost to me through the crowds of people.

She knows she’s just a dolled-up
pawn to him. Slugs more mead.
Recites the game-plan in her head,
rehearses every sideways move.
How she’d love to go berserk
with mitts like these, his bishops
putting shame to shame. Instead,
it’s constant stalemate.

Year upon year, she mowed the back lawn,
Backward and forward, come hell or high water.

Thirty years on, she looked past the fence
To a field of cudknot and fescues – a mess.

So she mowed down the field till she blunted the blades
Then she shoved and shunted; she started again.

Out past the pond to the lip of the river,
She striped every field from Ceres to Cupar.

In a year and a half she got out to the cliffs,
Left a strewing of purslane and sheepsbit and thrift.

The look in her eye pierced the eye of each daisy
Through Cornwall, past Roscoff and into the valleys

To be mown, more to be mown as she mowed
And she mowed on right out of this world.

Two lumps of men
on a plate-glass beach
vulcanised by their gear
like old buddy bull-seals
end-on to the horizon
slicing through the daily
slap of a low ebb
without ever
touching.

Someone sits at a window
as rain runs from gables
in unbroken lines.

At an upright piano
another sings psalms
of the Fathers.

A shepherd lies down
in the dunes. These are surely
most terrible times.

Rachelle Atalla was born in 1985 and grew up in a quiet village overlooking the Firth of Forth. From a young age she developed a taste for books and films that were perhaps older than her years. Hitchcock films especially captured her imagination with dark and thought provoking stories.

In 2008 Rachelle enrolled in creative writing classes at The University of Glasgow and it was here she found her true passion for writing literary fiction. Since then she has had short stories published in New Writing Scotland, Gutter and Thi Wurd magazine.

Rachelle was recently awarded a coveted New Writers Award from The Scottish Book Trust. As part of the award she is receiving mentorship while working on her debut novel Victor. Her writing focuses on people and their relationships, with particular emphasis on characterization and dialogue, taking inspiration from writers including Richard Ford, Alice Munro, Raymond Carver and James Kelman. Rachelle’s Egyptian heritage and her love of travel often feature in her stories.

In 2014 Rachelle achieved a Masters in Creative Writing, with distinction, from the University of Aberdeen where she was tutored by well-known authors Wayne Price and Alan Spence. Rachelle currently lives in Aberdeen with her husband and, when not writing, can usually be found working as a community pharmacist.

Lindsay Macgregor started writing poetry at the Maggie’s Centre, Fife, in 2007 and went on to study short courses with the Open University and Open College of the Arts. In 2010, she gave up her job as a political lobbyist with the Convention of Scottish Local Authorities (COSLA) to complete an MLitt in Writing Practice and Study at the University of Dundee.

Lindsay won the Baker Prize (English language poetry) in 2014 and was awarded second prize in the Gladstone Library poetry competition in the same year. Her poems have been published in a range of magazines and journals, including New Writing Scotland, Gutter, Northwords Now, New Writing Dundee, Ambit and Lighthouse.

In 2012, Lindsay co-founded Platform, a regular music and poetry night, held in the former Stationmaster’s house at the Arthouse Collective at Ladybank Station in Fife. She also reviews poetry collections for the online magazine, Dundee University Review of the Arts (DURA) and co-edits Dundee Writes, a small magazine of poetry and prose. Her first pamphlet will be published by Calder Wood Press in Autumn 2015.

From the National Galleries of Scotland 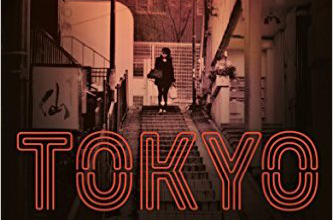