In contrast to the UK, 88 percent of countries in the world have a school starting age of six or seven. Sue Palmer draws upon Nordic schooling in particular to passionately argue that young children who actively play and explore for longer are more likely to be resilient, healthy and motivated to learn throughout their lives.

Give Me A Child Till He Is Seven Years Old…

You’re probably aware of problems in English education. More exams than any other country – testing system currently in chaos. Long school days with break-times reduced due to bullying. Miserable teachers, kids under stress, a crisis in Child and Adolescent Mental Health Services (CAMHS). Last month, thousands of worried parents actually kept their children off school for a day in protest.

Scottish schools are, thank goodness, in rather better shape. But we’ve had a few exam problems too, our teenagers are the most stressed-out in Europe and Scotland’s CAMHS is just as over-stretched as England’s. Nicola Sturgeon’s decision to introduce national tests in primary schools is likely to increase pressures on children, and from an earlier age.

Contrast all this with education in Finland. No national tests till eighteen, no inspections, short school days with fifteen minutes recess every hour, confident teachers, kids who ‘learn with joy’. And they don’t start school till they’re seven – before that, they spend four years learning through play in a kindergarten.

The laid-back Nordic approach obviously pays off. Finland leads the western world in international surveys of educational achievement, while the UK lingers near the bottom of the top twenty. It appears – not surprisingly – that children learn better when they’re relaxed and happy than when they’re stressed and overwrought. So rather than introducing more tests, why doesn’t Nicola Sturgeon look north for educational inspiration? 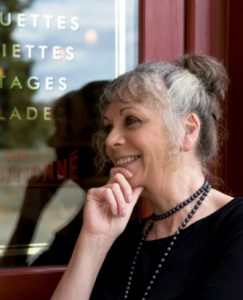 The starting point for Finland’s success is those play-based kindergartens. There’s a growing body of research showing that children who have plenty of opportunities for play – particularly active, outdoor play with other kids – are likely to be healthier (both physically and mentally), more socially well-adapted and more emotionally resilient than children who haven’t had these experiences. So when play-rich kindergarten kids start school, they settle in more easily than their play-poor counterparts.

In fact, play is the inborn human learning drive – it’s the way young human beings were designed by nature to find out about the world. Opportunities to learn through play – supported by well-qualified kindergarten staff – develop children’s curiosity, perseverance and desire to carry on learning. So, once they hit the classroom, they don’t need a draconian system of tests and targets to keep them up to scratch.

In the past, we could take it for granted that children reaped the developmental benefits of play – even in countries (like the UK) with an extremely early school starting age, they’d be playing outdoors with their pals after school, at weekends and in the holidays. But twenty-first century lifestyles have transformed children’s recreational habits. From an increasingly early age, active outdoor play is being displaced by indoor sedentary screen-gazing.

It was concern about the long-term consequences of this change that inspired my book Upstart: The case for Raising the School Starting Age and Providing What the Under-Sevens Really Need. I believe British children are becoming seriously play-deprived, which is contributing to both physical and mental health problems, as well as our lack-lustre educational performance. Rather than piling on the pressure with more tests, governments in the UK should learn from Finland (and other educationally successful European countries, such as Switzerland and Estonia) and provide a play-based introduction to education for the under-sevens. All children would benefit from a few carefree years before formal schooling begins when they can run, jump, explore, experiment, sing songs, paint pictures, make models, listen to stories and learn about the natural world by getting out and about in it (the woods, the beach, local wild spaces).

There’s plenty of research to support Upstart’s case. Long-term studies suggest that any advantage gained from an early start on desk-bound learning tends to ‘wash out’ by the time children reach their teens, but the social and emotional consequences can last a lifetime. A too-early formal schooling has been associated with overall under-achievement, relationship difficulties in mid-life, stress-related physical and mental health problems… even premature death. And if you think that sounds far-fetched, check out the mountain of neuroscientific evidence about the impact of early childhood experiences on lifelong well-being.

As the Jesuits put it: ‘Give me a child till he is seven years old and I will show you the man.’ So rather than tightening the screws on the education system until all our children have mental health problems, British politicians should learn from our northern neighbours. Raise the school starting age and provide what the under-sevens really need: play.

Upstart: The Case for Raising the School Starting Age and Providing what the Under-Sevens Really Need is published by Floris Books on June 16th 2016

Sue Palmer, a former head teacher in Scotland, has written more than 250 books, TV programmes and software packages on primary education and literacy. She has been an independent consultant to many organisations including the UK Department for Education and Skills, the National Literacy Trust and the BBC. She is the author of the bestselling and highly influential Toxic Childhood. Sue is also now also Chair of Upstart Scotland, a national campaign to introduce a Nordic-style kindergarten stage for three- to seven-year-old children.