‘She explored the point where man meets nature […] paintings of hedgerows at the edges of crops, and the views of stormy seas and skies’

Born in England, Eardley’s family relocated to Scotland during wartime in 1939. Eardley enrolled at the Glasgow School of Art shortly afterwards, and although she went on to travel widely, Scotland was integral to her sense of place. In particular Catterline, an almost derelict coastal village in Aberdeenshire, had ‘terrific light’ and there, often on the beach, Eardley painted prolifically.

Extract from Joan Eardley: A Sense of Place
By Patrick Elliott with Anne Galastro
Published by NGS Publishing

Joan Eardley: A Sense of Place

Asked to comment upon the contrasting nature of her main subjects – slum children and wild, coastal landscapes – Eardley preferred to draw attention to their similarities rather than their differences: ‘The children seem to be no more aware that I’m painting them than the sea and the cliffs are aware of me,’ she said.[1] This was at the end of her life, in 1963, but the two interests – city and rural life – had lived side by side in her work right from the start. Joan Eardley was born in Sussex in the south of England in 1921 and grew up on a dairy farm. Her father suffered from severe depression and in 1926, when the farm was sold, Eardley, her sister and their mother moved into their grandmother’s house in Blackheath in south-east London. Eardley’s father took his own life in 1929. The threat of bombing in 1939 took the family to Auchterarder where they had relatives. In January 1940 they settled in a house at 170 Drymen Road in Bearsden, an affluent, almost rural suburb on the north-west side of Glasgow; Eardley enrolled at the Glasgow School of Art shortly afterwards. Although she divided her time between Townhead and Catterline, she always gave the Bearsden house as her home address until the last couple of years of her life. 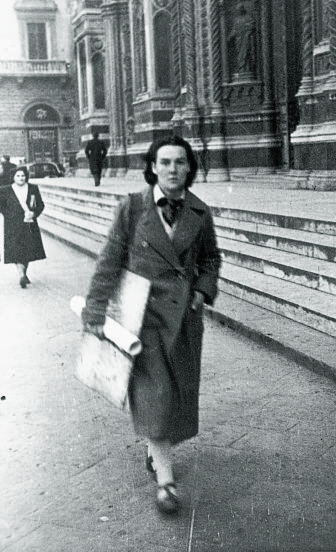 Eardley first visited Catterline in 1950 and returned regularly thereafter. She borrowed a friend’s cottage there from 1952 and rented a cottage herself from 1954. Before she had even settled in Catterline, she was conscious that two separate and contrasting places of work suited her. In 1951 she spent several months in the little town of Cologne, west of Toulouse in the south of France. From there, she wrote to her closest friend Margot Sandeman, who had evidently reached an impasse in the work she was doing in Glasgow. Eardley advised her to take a long break and work instead in the little bothy at Corrie on the Isle of Arran, where they often stayed together:

If you were not to stay [in Corrie] you would be denying yourself something which is necessary to every person who creates. … It is the reason that I go dashing off to places like this so often. You don’t need it so often perhaps – But now I think you do. … anybody who paints needs a rest sometimes – but it is not the kind of rest an ordinary person thinks of – a holiday for 3 weeks and then back again. But a rest in the way that you now should go to Corrie and paint what you feel like there – anything so long as you feel satisfied doing it, lots and lots of not so important things – perhaps – but things just the same – that in itself puts up your morale. And go on and on until you don’t want to anymore – until you actually want to come home … These kind of goings away are entirely necessary for me.[2] 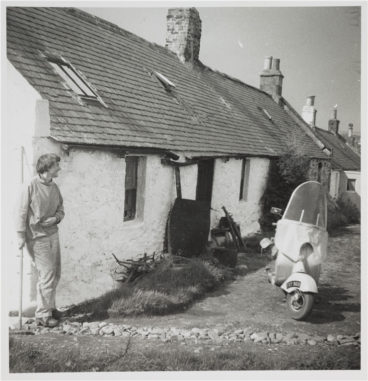 The ‘goings away’ implied a coming back, which Eardley always did. She rarely dated her letters, or indeed her paintings, so it is impossible to construct an exact chronology of her movements. But we can say that at first she lived in Glasgow and made trips to Catterline, while by the early 1960s she was living in Catterline and made trips to Glasgow. She clearly needed both places, the one providing respite from the other. Wildly different on the surface, the two places did in fact have much in common. They were small, poor, close-knit communities, where a spirit of social cohesion existed. By the early 1960s Townhead was destined for complete demolition, to make way for a motorway interchange; and Catterline was semi-abandoned, owing to the decline in the fishing industry. Catterline was not a picturesque Highland village, with lochs, cattle and mountain streams, but a working harbour with boats, fishing nets, and fields of wheat, barley and oats. People may be absent from Eardley’s Catterline paintings, but their presence is felt. She explored the point where man meets nature, epitomised in the paintings of hedgerows at the edges of crops, and the views of stormy seas and skies, pounding in upon the tiny, fragile cottages. Catterline and Townhead were the same, only different. As Eardley said:

Catterline has such a terrific clarity and terrific light, whereas Glasgow feels as though it has a sort of lid on the top of it, but at the same time it’s a little community and the place that I chose to paint in Glasgow is also really a little community in a certain district, a little backstreet, where everybody knew everybody else. The same thing seems to be the case obviously in the village where I live in the north east. It’s the sort of intimate thing I like, and I think you’ve got to know something before you paint it. … I suppose I’m essentially a romantic, I believe in the sort of emotion that you get from what your eyes show you and what you feel about certain things. Well I don’t really know what I’m painting, I’m just trying to paint.[3] 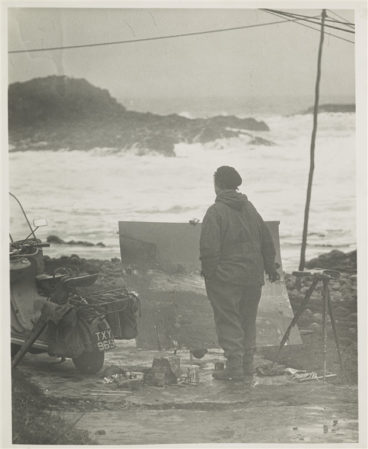 Eardley painting by the sea at Catterline c.1950s by Audrey Walker