Irish-born Triona Scully, now a resident of Edinburgh, shares her thoughts on feminism in this guest post which draws on the experience of writing her debut novel, Nailing Jess, while being mindful of, and a passionate advocate for, feminist history.

In the beginning, well not quite the beginning, sometime after the big bang and upright monkeys, but way before stone washed denim, there was the word, and the word became God, which was actually a big leap. But the word became much more than that. It became religion and it became law and it became culture and it became truth and truth had a sex and it was male. Truth, it must be said, before we realised the world was round. You’d think when we figured this out, there might have been a rethink about a few more facts, but nope, as the witch hunts which postdate this knowledge prove, man still clung steadfastly to a deep seated, politically, legally and socially validated belief in his innate superiority. 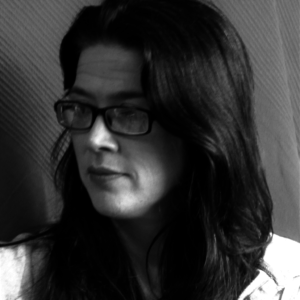 Feminist history for the masses begins around the end of the eighteenth century and usually breaks down into three waves. First wave got us the vote and some schooling and a bit better pay. Without these conditions, the second wave could never have sat around all day, smoking fat ones, reading books, and working out how badly treated women still were. This education was then put to use writing books, which changed lots of laws and lives, and also introduced some great concepts like ‘androcentrisim’ and ‘patriarchal structure’ into the counter culture revolution. Now, I know they are hard on the tongue, but these types of words form the core of feminist thought. Without an understanding of them, it is impossible to implement any form of meaningful social change.

Or at least that’s how it used to be. Now in the third wave, which could not have emerged without the practical actions of the second wavers, there comes a new, shinier, easier to apply type of feminism. Less rigid than previous incarnations, it aims to be all inclusive and seeks to fight all ‘isms’ everywhere, which is a huge task for an ideology that still hasn’t cleared the desk on its own basic aims. To question their ethos is to get slammed with a ‘phobic’ tag, and truth is, I am afraid. Since the banking fiasco, funding has crashed across the board for women’s support services. They’re cutting our help lines and closing our refuges and refusing us legal aid. They’ve taken our homes and reduced our employment prospects, and worked us harder for less benefits, and why? Because the big boys got a bit chip happy down at the casino. And where were the new-agers when all this went down? Uploading philosophical musings to their bloated social media accounts.  ‘Now, why can’t we all just get along?’ they ask, batting mascara clogged doe eyes at a YouTube camera. And we’re still waiting for a real revolution.

My debut novel, Nailing Jess, looks at the role of gender in the serial killer sex crime genre. Not in a dull, analytical way. More in a ‘Ah, I get it now, that’s why she threw the dinner at me last night’ sort of way. Nailing Jess is a crime novel that knows its feminist history.

Nailing Jess by Triona Scully is published on June 17th by Cranachan Publishing.

‘How did the Iona Community really begin? The Seanachaidh tells it himself’

Putting the ‘R’ in Evolution