In this month’s column David Robinson encounters avant-garde artist and AIDS activist David Wojnarowicz through two books: Wojnarowicz’s  forthcoming ‘memoir of disintegration’ Close to the Knives, and Olivia Laing’s The Lonely City, which will both be published by Canongate Books in March. Delving into Wojnarowicz’s pioneering political oeuvre, Robinson makes clear his importance as both innovative artist and defiant activist.

One hundred years after the outbreak of the Russian Revolution – what the Bolsheviks called “the  February Bourgeois Democratic Revolution”, as opposed to their own “Great October Socialist” one  –  it’s easy to be cynical about revolutions and revolutionaries. A century later, the idealism of a few hardline optimists in 1917 has, after all, faded into the plutocracy and cynicism of Putin’s Russia. What’s to celebrate about that?

So I want instead to point to a different revolution and a different revolutionary – so different, in fact, that he might not have thought of himself as one. The one revolution that has made the biggest difference in my own lifetime is the bloodless one that has led to LGBT equality. Among people of my generation, every year that passes makes us look back with greater embarrassment at the “poof” jokes we used to laugh at in the 1970s and the bullying that children growing up gay would invariably encounter in the playground.

Let’s just pause for a while to look at how far we’ve come since then. These days, mainstream culture delights in highlighting the sexual intolerance that we may have on what we missed in our own times or which was completely covered up in the past. Polly Clark’s novel Larchfield, published next month and reviewed in my Books from Scotland column in March, fits perfectly into this pattern: we follow WH Auden’s search for a gay soulmate in straitlaced 1930s Helensburgh and – gay or straight alike – applaud his heroism in staying true to himself, in withstanding the massive gravitational pull of conformity. In the cinema, films such as The Imitation Game, Milk, and Pride – all, incidentally, also based on true stories – make essentially the same point. These are no longer arthouse films, no longer aimed at a niche market. Gay lives, we have quietly and collectively decided, matter. 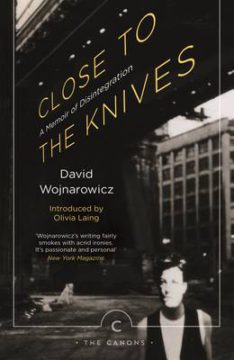 Next month, Canongate Books will publish a new edition of artist and AIDS activist David Wojnarowicz’s Close to the Knives, the “memoir of disintegration” he first published in 1991, a year before he died. This this takes us right back to a time when, as he saw it, gay lives didn’t matter at all. He was sick and tired, he wrote in 1987, of going to funerals and memorial services of friends who had died of AIDS – as he was to do himself – realising that that their loss had made no impact beyond the room in which the service was held.

“I imagine what it would be like,” he writes, “if each time a lover, friend or stranger died of the disease their friends, lovers or neighbours would take the dead body and drive with it in a car a hundred miles an hour and blast through the gates of the White House and dump their lifeless form on the front steps.”

That’s the side of Wojnarowicz – pronounced Wonna-row-vich – I want to concentrate on here. Olivia Laing’s The Lonely City: Adventures in the Art of Being Alone gives an excellent portrait of his importance as an artist of the hidden side of late 1970s New York, of the squats in the empty buildings by the decaying Chelsea piers by the Hudson where the homeless could gather and gays could cruise, places of anonymous sex and casual crime, and enormous, unfettered freedom. Wojnarowicz’s paintings, film and photography fit neatly into Laing’s thesis about the loneliness and anomie of big city life, and as she writes in the introduction to Close to the Knives, his experience as teenage hustler and rent boy are key to the books vivid depiction of what it feels like to be an outsider in a homophobic world. 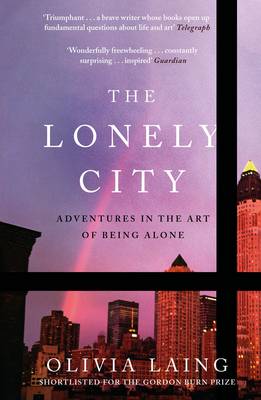 Wojnarowicz’s sheer rage, his insistence – against what was, in the 1980s, all the evidence to the contrary – that the lives of gay men dying from AIDS mattered is what makes him a revolutionary. The virus didn’t have a moral code, he insisted, and a society that thought it did was itself sick. Yet in 1987, when his mentor and former lover Peter Hujar was dying, in restaurants he would be asked to pay his bill by putting his money in a paper bag rather than just handing it over and thereby risk contamination with what Andy Warhol called “the gay cancer”. Prejudice  was viscerally real, ubiquitous, tangible: this was a disease for which there was no end in sight, and no promising lines of research, no organised, civilised way of treating those with the virus. The only way to end AIDS, said the governor of Texas, was to shoot the queers. We in Britain might like to think of ourselves as more tolerant, but we weren’t: in the same year of 1987, three-quarters of us reckoned that sex between men was “either always or mostly wrong”.  How did we get from there to here?

I don’t know the complete answer to that. I don’t know to what extent it was because as a culture we grew to love and celebrate the Freddy Mercurys, Elton Johns, and Boy Georges in our midst. In looking back at the social revolution that has all but wiped out anti-gay prejudice, I couldn’t tell you whether it was music, showbiz or the mid-1990s onset of combination drug therapies to treat AIDS that mattered more. Yet I have a feeling deep in my gut that when the recording angel finally gets around to doing the sums, David Wojnarowicz ’s eyeball-blistering howl of rage will be found to be part of the answer too. Because he scraped off the stigma when it still hurt to do so. Because he insisted on not being silent about that stigma both in his life and in his death.

I’ve already quoted from an essay in Close to the Knives where he realised the importance of making each death count, of holding the government accountable. When he died, his friends gathered outside the East Village loft in which he had lived with Peter Hujar. Hundreds of people walked in silence behind a black banner on which angry capitals announced DAVID WOJNAROWICZ 1954-1992 DIED OF AIDS DUE TO GOVERNMENT NEGLECT, and at an appointed spot, read his work and burnt the banner. 8pm, 29 July, 1992 was, notes Laing, “the first political funeral of the AIDS epidemic”.

There’s a coda to this story of a dead revolutionary. In October that year, AIDS activists staged an even bigger political funeral along the lines Wojnarowicz had envisaged. At 1pm on 11 October, they met on the steps of the Capitol, before marching off to the White House. Hundreds brought along the ashes of their loved ones. They dumped them through a chain-link fence onto the White House. David Wojnarowicz ’s ashes were among them. Is it really too sentimental to believe that it made a difference?

Close to the Knives: A Memoir of Disintegration by David Wojnarowicz and The Lonely City: Adventures in Being Alone by Oliva Laing are both published in paperback by Canongate Books on 2 March priced £10.99 and £9.99 respectively.

Putting the ‘R’ in Evolution