In this zany extract from new Young Adult novel Spontaneous by American author Aaron Starmer we hear about how it all started with Katelyn Ogden’s spontaneous combustion at school. Was Katelyn’s terrible death a one-off fluke or will more students blow up without warning or explanation?

Extract from Spontaneous
By Aaron Starmer
Published by Canongate

When Katelyn Ogden blew up in third period pre-calc, the janitor probably figured he’d only have to scrub guts off one whiteboard this year. Makes sense. In the past, kids didn’t randomly explode. Not in pre-calc, not at prom, not even in chem lab, where explosions aren’t exactly unheard of. Not one kid. Not one explosion. Ah, the good old days.

Katelyn Ogden was a lot of things, but she wasn’t particularly explosive, in any sense of the word. She was wispy, with a pixie cut and a breathy voice. She was a sundress of a person — cute, airy, inoffensive. I didn’t know her well, but I knew her well enough to curse her adorable existence on more than one occasion. I’m not proud of it, but it’s true. Doesn’t mean I wanted her to go out the way she did, or that I wanted her to go out at all, for that matter. Our thoughts aren’t always our feelings; and when they are, they rarely last.

On the morning that Katelyn, well, went out, I was sitting two seats behind her. It was September, the first full week of school, an absolute stunner of a day. The windows were open and the far-away drone of a John Deere mixed with the nearby drone of Mr. Mellick philosophizing on factorials. Worried I had coffee breath, I was bent over in my seat, digging through my purse for mints. My POV was therefore limited, and the only parts of Katelyn I saw explode were her legs. Actually, it’s hard to say what I saw. Her legs were there and then they weren’t.

The classroom quaked and my face was suddenly warm and wet. It’s a disgusting way to say it, but it’s the simplest way to say it: Katelyn was a balloon full of fleshy bits. And she popped.

You can’t feel much of anything in a moment like that. You certainly can’t analyze the situation. At least not while it’s happening. Later, the image will play over and over in your head, like some demon GIF, like some creeper who slips into your bed every single night, taps you on the shoulder, and says, “Remember me, the worst fucking moment of your life up to this point?” Later, you’ll feel and do a lot of things, but when it’s actually happening, all you can feel is confusion and all you do is react.

I bolted upright and my head hit my desk. Mr. Mellick dove behind his chair like a soldier into the trenches. My red-faced classmates sat there in shock for a few moments. Blood dripped down the windows and walls. Then came the screaming and the obligatory rush for the door.

The next hour was insane. Hunched running, hands up, sirens blaring, kids in the parking lot hugging. News trucks, helicopters, SWAT teams, cars skidding out in the grass because the roads were clogged. No one even realized what had happened. “Bomb! Blood! Run for the fucking hills!” That was the extent of it. There was no literal smoke, but when the figurative stuff cleared, we could be sure of only two things.

Katelyn Ogden blew up. Everyone else was fine.

Except we weren’t. Not by a long shot.

Spontaneous by Aaron Starmer is published by Canongate on May 4th priced £7.99. 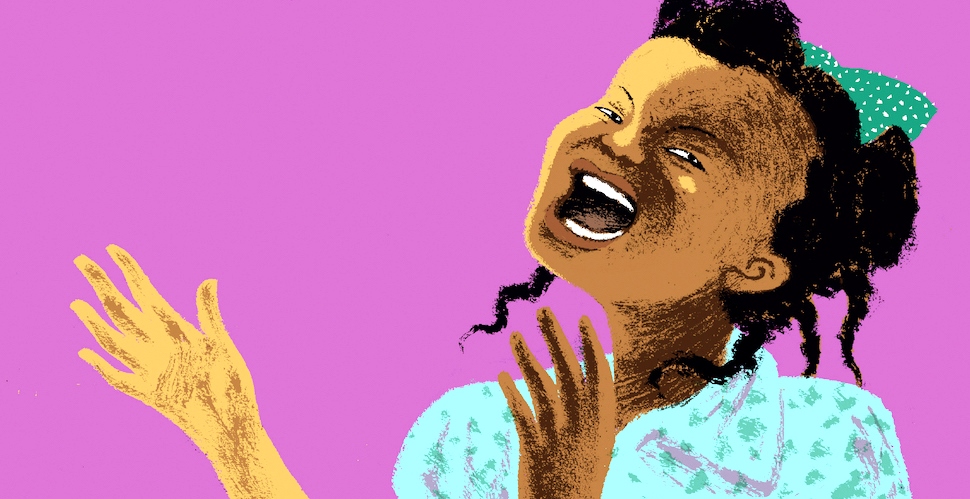 ‘She dreams of being able to perform at the Savoy Ballroom’