‘In Japan, shinrin-yoku or ‘forest bathing’ is established as a standard, modern form of preventative medicine.’

In the aftermath of Cyclone Andrea, which saw winds of over 100 mph injure over 30 trees in the Royal Botanic Garden Edinburgh, After The Storm considers the legacy of the destruction by exploring themes of regeneration, recovery, and resilience. The book also celebrates the healing effects of trees and woodland on the human psyche and body, and makes a convincing case for the benefits of ‘forest bathing’, popular in Japan where it is known as shinrin-yoku, as a form of preventative medicine.

On 3 January 2012, Cyclone Andrea swept across Scotland leaving a trail of destruction in its wake. In the Royal Botanic Garden Edinburgh (RBGE), winds of over 100 mph uprooted and injured over 30 trees.

In December 2016 a new exhibition, After the Storm, opened in the John Hope Gateway at the RBGE featuring unique items of furniture created from the trees that were damaged during Cyclone Andrea. A book was produced to accompany the exhibition, consisting of a collection of essays that considered the legacy of the storm, exploring themes of regeneration, recovery and resilience. The following extract is from ‘Forest Bathing’ by Robert Penn:

“At the beginning of winter, as the days get shorter, it’s harder to get into the woods. To counter this, I try to use more wooden objects in my daily life: I try to bring the trees inside. In particular, I use a wooden bowl at breakfast, made from ash by a turner called Robin Wood. The bowl is a few years old, askew, discoloured and battered. Uneven waves of grain, like contour lines on a map, sweep down from the rim. In places the grain is tight; in others, the waves lap lazily around the curves – as if there is a riddle in the pattern. If I run my thumb around the outside of the bowl, I can feel the impressions left by Robin’s cutting tools. Occasionally, I raise the bowl to my nose. The smell has gone but the act triggers a memory.” 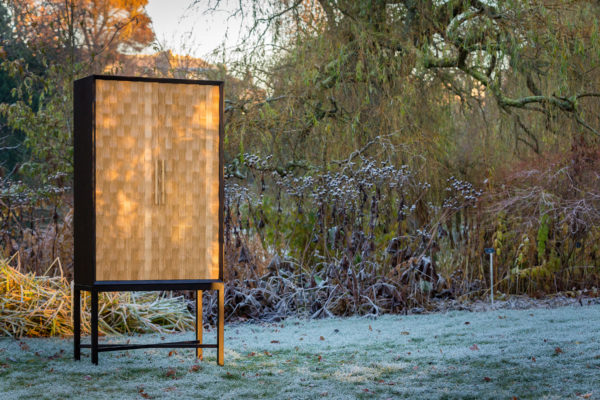 Photo from the After The Storm exhibition at RBGE.

Wood has sensual powers that cannot be quantified. It may even be that these powers are the most important properties of wood today. Through odour, colour, resonance and warmth, we develop a sentimental attachment to artefacts made of wood that often reaches beyond their practical use. It is difficult to know exactly why we make these attachments, not least because our appreciation of such properties is so subjective. Perhaps, for all of us, it is some kind of biological response. After all, we came down from the trees and for 99.9 per cent of our time on earth we have lived in natural environments: our physiological functions remain finely tuned to nature.

The polymathic American biologist, E.O. Wilson first propounded his theory of ‘biophilia’ – that we have a deep affiliation with other forms of life, like trees, which is instinctive and rooted in our biology – in the mid-1980s. Around the same time, Professor Roger S. Ulrich completed one of the first and best-known studies in the interdisciplinary field now known as ‘environmental psychology’. Ulrich’s conclusion – that patients recovering from surgery in rooms with a window facing natural surroundings took less medicine for pain relief than patients with a window facing a brick wall – was ground-breaking. 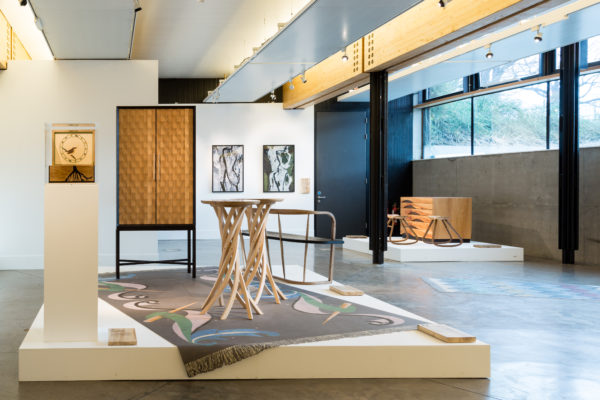 Photo from the After The Storm exhibition at RBGE.

Subsequent, related research has examined the relationship between trees and the perception of safety in inner cities, the effect of gardening on the quality of life of people with disabilities, and how the use of wood in interiors can reduce levels of stress in schools. The effect of wood in hospitals has been studied in many countries including Finland, Norway, Austria, South Korea, USA, Canada and Denmark. The research has not been systematic and it is far from conclusive. However, observations do seem to show that humans react to wood in interiors both psychologically and physiologically, and the reaction is usually positive. The findings correspond with the increasingly impressive shelf of research that suggests spending time outside in nature improves cognition, helps with anxiety and depression, and even enhances human empathy.

In Japan, shinrin-yoku or ‘forest bathing’ – basically going for a stroll in an ancient forest – is established as a standard, modern form of preventative medicine. Inspired by ancient Shinto and Buddhist practices, nearly a quarter of the Japanese population enjoy forest bathing today. There is also a bona fide field of study that tries to understand not just why walking in a fragrant, old growth forest is good for us, but also how the magic of trees works on humans at a molecular level, in our cells and neurons. The research data is compelling: leisurely forest walks reduce heart rate and blood pressure, decrease sympathetic nerve activity and lower levels of the stress hormone, cortisol.

After The Storm is out now published by RBGE priced £10 and includes various essays by different authors. The After The Storm exhibition ran until May 2017 at RBGE; find out more about it here.

‘In Japan, shinrin-yoku or ‘forest bathing’ is established as a standard, modern form of preventativ …