‘I was surrounded by people and places where heritage could be sensed in the living dialect and the ancient stone circles.’

With a career in heritage conservation spanning over 30 years, Ian Mitchell Davidson draws on his expertise to ask ‘whose heritage is it anyway?’ in this thought-provoking article. Writing that the stories that frame Scotland’s rich history belong to everyone, Davidson believes that the challenge is to try to reflect that heritage as clearly, and as authentically, as possible.

A Heritage In Stone: Whose Heritage is it Anyway?

“Let’s ask Ian Paisley. He’s the nearest thing to the Covenanters today”, in the brief and telling silence that followed I could hear the trees rustle in the gorge at Killiecrankie, just outside the window.

There was an anniversary on the horizon of the Battle there and as the National Trust for Scotland’s Conservation Manager and Deputy Director for NE Scotland I was in a meeting where the manner in which this might be marked was discussed.

The silence moved to dissent and the suggestion was passed over.

“Whose heritage is it anyway?” was what was in my mind.

Heritage influences everything. And those who have influence over how it is portrayed will be influenced by their own history or that of the community around them. The Heritage industry will often try to package and sell an emasculated story to its audience, usually with the best intentions and we know here that can take us.

As a young man I stepped away from Glasgow where I had grown. I had relished the heritage of the working people, the striving for betterment and the willingness to find humour in all things. I detested the sectarianism that blighted and still blights so many lives. Perhaps it was that personal history that brought the devastating effects of the 17th-century religious wars to mind when I drew the line from that story to the troubles in Ireland and the division that still exists. 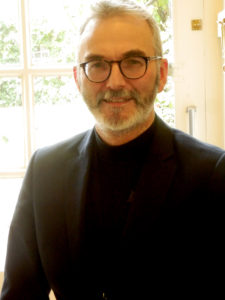 In 1983 I found myself in the rural North East, a quiet backwater, though, with the influx of oil workers from around the world, a place that was adapting to change with civility and warmth. Over the next 33 years I worked with the heritage I found there, mainly in a role where I cared for the great castles of Mar. I was surrounded by people and places where heritage could be sensed in the living dialect, the Gaelic and Scots place names and the ancient stone circles sitting in fields bordered by aged dry stone dykes built by farm workers. I could drive through the county and see old men working by hand among fields of neeps. At tmes I would tumble into worn out remnants of the age of the horse that had passed within living memory.

In my years with the Trust I became more aware of the depth of time that could be found the people and the lives they lived.

Heritage is therefore not history, nor is it archaeology either. Heritage is, in one definition, “something immaterial such as a practise or custom that is passed down from one generation to another”.

The collection of stories within A Heritage in Stone are drawn from my experiences in the heritage industry. They tell tales about the people who care for these places, often in the prosaic world of the unknown craftsman and I have tried to do them honour. The heritage is theirs, perhaps more than anyone.

The unknown craftsman may create our heritage over generations but it is the legislators and the curators who shape the story for the present generation.

I have been privileged from time to time to travel and speak at conferences around the world and among the most moving was to Tallinn in both 1991 when part of the U.S.S.R. and 1993 when it had achieved independence. The history of Estonia is that of a small community squeezed between two and sometime more great power blocks. Their heritage therefore includes the history of these forces but it also includes the story of the people who live there and the means through which they define themselves. They have used that story to forge an identity as a progressive liberal democracy, experiences elsewhere are not always so benign.

Conservation is the tool that those who labour in the heritage industry use to try to manage change. Heritage is all about change and the value that we place on the stuff we inherit. I have found it interesting to watch how the custodians of heritage change and adapt to circumstance, whether on the macro scale as with Estonia or the more intimate discussions here in Scotland.

Take as a case in point the Landseer painting “The Monarch of the Glen”. Whose heritage is that? It is a remnant of high Victorian fashionable Scotland. It was painted for and celebrated the landowner who so loved his Scottish playground. This became anathema to many and when it was on loan for display in the Museum of Scotland it was relegated into a far and dark corner. Now, in 2017, it is acquired for the nation and on a ceremonial journey around the country. Why has there been a change? Who is managing this story and why are they doing what they are doing? 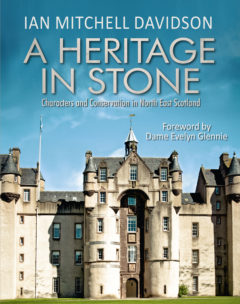 The cover of Davidson’s forthcoming book

Whose heritage is it in Palmyra when, hopefully soon, the present horrors are in the past? How will the devastation to the heritage be assessed, will the damage wrought be seen as a legitimate part of the story of the place or will it be hidden or covered or reinterpreted to use the jargon. We shall have to wait.

When I watched the statues being toppled and heard of the deaths of people who cared for them I could not help but reflect on our own story. Statues were toppled in the cathedrals and churches, the battles of the covenanters were fought and in my lifetime the troubles of Ireland were a continuation of those dreadful events. Killiecrankie is part of that living heritage, should the curators, interpreters and legislators shy away from the effects of those ties as they affect us today?

How do we tell that story?

Whose heritage is it anyway was my question. The stories that frame our history belong to everyone and the challenge is to try to reflect that heritage as clearly as possible. A Heritage in Stone attempts to do this through one person’s experience of those who through their labours carry the story forward.

A Heritage In Stone: Characters and Conservation in North East Scotland by Ian Mitchell Davidson is forthcoming in November from Sandstone Press priced £24.99.