The Translation Fund, facilitated by Publishing Scotland, is now in its third year and encourages international publishers to translate works by Scottish writers by providing money toward the cost of the translation. Here Publishing Scotland’s Lucy Feather explains the process behind the funding and reveals some of the brilliant books from Scottish authors that have gone on to find new readers in Italy, Estonia, Croatia and many more.

The Translation Fund is now in its third year and was set up to encourage international publishers to translate works by Scottish writers by providing money toward the cost of the translation. We were delighted to be able to help Creative Scotland administer this project as it is a fantastic way of pushing Scottish writing to the forefront of the international publishing scene as well as getting fairly new authors a bigger audience. One of the criteria of the award is that the work is contemporary. Fiction, non-fiction, poetry, graphic novels and children’s literature have all received funding since the fund launched in 2015. 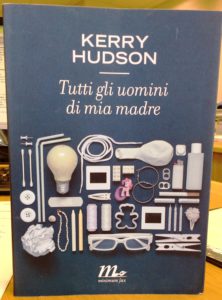 The reach thus far too has been brilliant – international publishers have received funding from countries such as Greece, Croatia, Bulgaria, Estonia, Norway, Germany, France, Spain, Italy, Macedonia, Istanbul, The Netherlands and Slovenia. And this year we have received applications from Russia, Korea and Sweden as well! 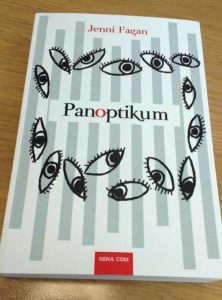 Jenni Fagan’s The Panopticon published in Croatian by Hena Com

The take-up of the fund is growing, which is great to see. Without doubt there is an interest in Scottish authors and a desire for them to be translated and sold overseas. Sadly it is not possible to fund all the applications that come in. The panel comprises former publishers, translators, writers and representatives from Publishing Scotland and Creative Scotland, who have a tough job making the decisions with the money available. They look for applications for books they feel would sell in that particular foreign market, the publishers back-list and how this title would fit, the budget and marketing plan provided from the applicant and very importantly the credentials of the translator assigned to the project.

It may be several months later that the translation project of a funded title is complete, and part of the criteria is that we are sent copies, one for the National Library of Scotland Legal Deposit archive and one for us. So it is a delight when they come in to the Publishing Scotland office and we see how the covers change and the impressions they give us can be so different in another language. We enjoy publicising the project and tweet pictures of these covers as they come in. 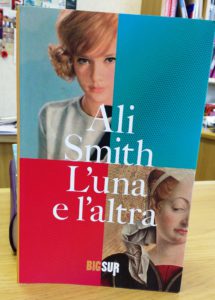 Overall, it’s a little insight into publishing houses from other countries and wonderful to see how we are able to influence their output a little with this fund. This fund is an exciting opportunity for international publishers to engage with Scottish material at a global level and we hope it will continue in the future.

There were 21 applicants for round 2 funding and 8 publishers and books received awards:

His Bloody Project by Graeme Macrae Burnet in Estonian by Varrak

L’Altra Editorial, Spain, to translate This Must be the Place – Maggie O’Farrell (Tinder, 2016)

The Translation Fund was launched on 25 August 2015 at the Edinburgh International Book Festival. It is administered by Publishing Scotland, on behalf of Creative Scotland. Its purpose is to support publishers based outside the UK to buy rights from Scottish and  UK publishers and agents by offering assistance with the cost of translation of Scottish writers. Find out more information about Publishing Scotland’s Translation Fund here.

I Loved A German

‘A piece of bread only speaks of hunger, which everyone considers to be a vulgar and crude thing.’