A Manifesto for Post-Brexit Britain by Phil Anderson

‘This sense of unease and dissatisfaction is repeated to varying degrees across the whole of the western world.’

Phil Anderson is an author and politician. In the aftermath of the Brexit vote, he takes a long, hard look at what really creates the conditions for people and communities to flourish and argues that radical reform is needed.

If you are reading this, you probably voted to remain in the EU.

How do I know? Well partly because Scotland voted more strongly to remain than the rest of the UK. But mostly because people who regularly read books, let along people who read magazines about books published in Scotland, are overwhelming from the kind of social groups who had most to lose and least to gain from leaving Europe.

If you did support Remain, you may well be genuinely baffled by the motives of those who voted to leave. Surely, they didn’t believe those outrageous promises of sovereignty, prosperity, and billions in cash for the NHS did they? Well let me let you into a secret: it wasn’t actually about Europe. Polling carried out in Britain’s most eurosceptic areas showed that our membership of the E.U. came about number 6 on voters’ list of priorities, behind a set of far more personal and visceral concerns like jobs, housing, immigration, public services, and the economy. These people didn’t vote because of Europe. They voted because they were unhappy, disillusioned, and angry with the state of their nation, their community, and their own lives. And I know this to be true because I live in the heart of one of these communities.

My neighbours are unhappy because some of them are unemployed, and even if they aren’t their children either can’t find work at all or can’t get the kind of secure, moderately well-paid jobs which the rest of society seems to expect and which they themselves once took for granted. 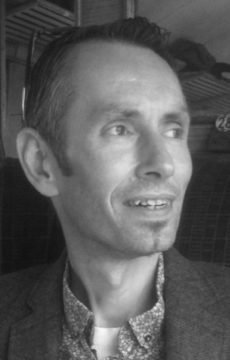 They are unhappy because too many of them live on grotty, run-down council estates in badly built, poorly maintained houses. When they walk out of their front doors they experience a gloomy environment marred by litter, vandalism, and the nagging fear of crime. Those who can afford to buy their own home are unhappy because they face years of saving for a deposit followed by three decades of crippling mortgage and interest payments before they pay it off.

They are unhappy because almost half of them have grown up without knowing the security that comes from living in a stable two-parent family. They are confused about their own relationships, lack decent role models to learn from, and have discovered from bitter personal experience the pain that family breakdown causes to both adults and children.

My older neighbours are unhappy because they seem to remember a time when everyone in their street knew each other by name, everyone was a member of a local club or society, and everyone was willing to spare the time to look out for each other, and that doesn’t seem to happen anymore.

And pretty much everyone is unhappy because they are constantly being told that the world is heating up, rainforests are disappearing, the ice caps are melting, polar bears are dying, and they feel powerless to do anything about it.

This sense of unease and dissatisfaction is repeated to varying degrees across the whole of the western world. Most of the problems which afflicted previous generations are simply no longer an issue for people today. We enjoy levels of security and prosperity which our own ancestors could only dream of. But it has not made us happy and it has not convinced us that our society is entering the 21st century asking the right questions, let alone offering us the right answers.

The real challenge now for politicians and for society is not to manage disentangling ourselves from the E.U. and renegotiating our place in the world, regardless of how complex and all-consuming that task may feel. It is to fashion a vision for Britain which addresses the causes of the unhappiness and disaffection which are poisoning our lives and our communities. If we can do that, then our future as a nation is ultimately secure. And if we can’t, the next thing my neighbours vote for will make Brexit look tame by comparison.

Phil Anderson is a politician and author of Nation In Transit: A Manifesto for Post-Brexit Britain, out now published by Muddy Pearl priced £14.99.

Alan Dapré on Books and a Childhood in Care Institutions

‘Life is not a level playing field. Children do not have equal starting points or opportunities.’