Those Who Show Up by Andy Flannagan

‘The passion expressed in the Scottish referendum campaign in 2014 showed that people do care about how their countries are run.’

Andy Flannagan won’t try to get you to vote for a particular party. Or indeed to vote at all. Casting an eye over food banks to debt counselling, soup vans to street pastors, Flannagan argues that although the church does amazing work treating the victims of a flawed system, it is never going to be enough, unless we show up and get involved in the decision-making process.

In The Simpsons, there is a fascinating episode called ‘Lisa’s Substitute’. It includes an amusing subplot set in her brother Bart’s classroom in which he and his classmates must elect a class president. Their teacher, Mrs. Krabappel, nominates the outstanding pupil Martin Prince, while Sherri and Terri nominate the less-than outstanding Bart. During a ‘presidential debate’ Bart tells a series of infantile jokes which win the support of his classmates, much to the disgust of Martin who wants to focus on ‘the issues’. Bart is buoyed by the frenzied adulation like a teenage pop sensation. The groundswell is so overwhelming that Bart is obviously going to win by a landslide. He is, in fact, so confident of his victory that he does not even bother to vote. However, his huge confidence has spread to his wide-eyed followers, who similarly do not feel the need to turn up at the ballot box. In fact, the only kids who do vote are Martin (who votes for himself) and Wendell Borton (who also votes for Martin). Nobody had predicted that the kid famed for his nerdiness and nausea would be the kingmaker!

There is a difference between holding an opinion and actually expressing it. Then there is a further difference between just expressing that opinion out into the ether, and formally standing by it in something like an election. Much of our modern-day campaigning is effectively cost free. We click and share a good cause and that’s that. This book is about the intriguing adventure that happens when what we believe starts to cost us something in terms of time, effort or reputation. 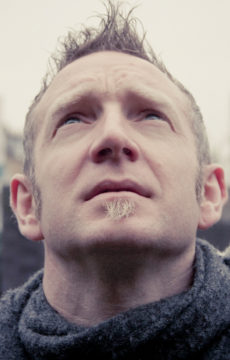 People are hugely unimpressed with politics and politicians. The passion expressed in the Scottish referendum campaign in 2014 showed that people do care about how their countries and communities are run. The question is, will we allow those thoughts to recline as mere opinions, or will we let them take a stand? All of us know the frustration of harbouring an opinion while feeling unable to express it meaningfully. As a nation, and especially as the church, we are in danger of sliding in that direction, unless we break out of the mind-set that we will always be commentators, and never participants.

When we reflect on history we do try to remember those who showed up, but our focus tends to be on the endpoints rather than the starting points. We forget that in between someone forming an opinion, and the transformation of society occurring, a lot of hard work happened. The activists in the Civil Rights Movement didn’t just believe racism was wrong. They showed up. The Suffragettes didn’t just believe women should have the right to vote. They showed up. And it cost them. We don’t often read about all the meetings that paved the way for those mass movements.

So showing up is not just about voting. Although that is obviously a good start. It’s not just about making a mark on a ballot paper, but leaving your mark on society. This is about representing yourself and potentially many others. I am suggesting that your vote could just be the start of you making significant decisions, rather than the end. Will we just follow, or, in the pattern of Jesus, might we serve and lead? Will we show up?

Those Who Show Up by Andy Flannagan is out now published by Muddy Pearl priced £9.99.

The Myth of UK Integration

‘Only by trying to understand each other’s culture and traditions can we dispel mistrust.’

Until We Win: A Suffragette Story for Teens