A Pattern of Secrets

“I created A Pattern of Secrets: The Tour because I wanted to encourage pupils to go beyond the classroom, get outside and see their home town in a new, more positive light. Paisley’s textile glory days may be in the past, but its rich history is all around, sewn into the fabric of the place.”

Author Lindsay Littleson takes us on a walking trail around Paisley to discover locations from her latest children’s novel, A Pattern of Secrets, published by Cranachan Publishing on 16 April 2018.

In 2015 my WW1 novel Shell Hole was shortlisted for the Dundee Great War Children’s Book Prize and I enjoyed engaging in research so much that I was inspired to write another historical novel, A Pattern of Secrets, this time focusing on Paisley, my local area.

A Pattern of Secrets, which is aimed at 9-12 year olds and is being published in April by Cranachan Books, is set in Paisley in the 1870’s, when the shawl industry was failing and the Paisley weavers were facing destitution.

The story is told from the perspective of two children; Jessie, the feisty daughter of a wealthy Paisley shawl manufacturer, and Jim, a homeless boy on a desperate quest to save his family.  Jessie joins Jim in a frantic race against time to solve the mystery of a missing heirloom and rescue his mother and siblings.

The main character is Jessie Rowat, a Paisley girl who in real life grew up to become a suffragette and an accomplished artist and clothes designer. She was one of the famous Glasgow Girls and she and her husband, the artist Fra Newbery, were close friends of Charles Rennie Mackintosh.

Jessie’s life story was fascinating to research. She founded the embroidery department at the Glasgow School of Art and her embroidered stylised roses were an inspiration behind the famous Mackintosh rose.

As a teacher in the Paisley area, I’m keen that A Pattern of Secrets can be used by local schools as a novel study when they are learning about their town’s history.

I created A Pattern of Secrets: The Tour because I wanted to encourage pupils to go beyond the classroom, get outside and see their home town in a new, more positive light. Paisley’s textile glory days may be in the past, but its rich history is all around, sewn into the fabric of the place.

A Pattern of Secrets: The Tour!

Stroll through the Fountain Gardens and admire Grand Central Fountain, which was restored in 2014 and features four life-size walruses. 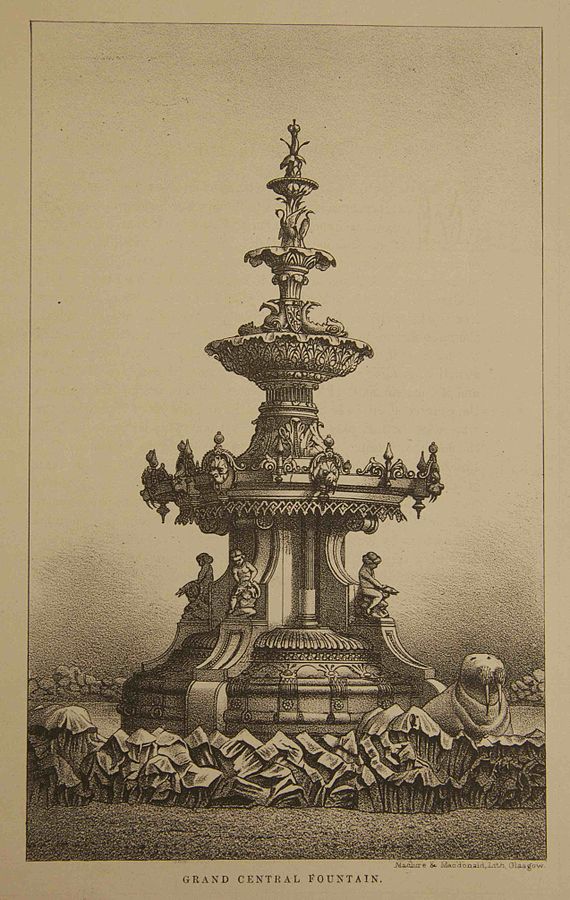 Walk from Oakwood (former location of Paisley Grammar School), down School Wynd, along New Street and into County Place (now renamed County Square). The County Buildings and Prison on the right of the square have been replaced by a shopping centre, the Piazza. The hansom cabs have gone too but Gilmour Street Station is still there.

As you head towards Paisley Abbey, look for statues of George Clark and Peter and Thomas Coats, owners of Paisley’s biggest thread mills. The Abbey welcomes visitors and has a cafe and gift shop.

If you have time, check out the exterior of St Margaret’s in Brodie Park (William Rowat’s family home has been recently converted into luxury flats).

There are lots of places readers of A Pattern of Secrets might like to visit to find out more about Paisley’s history in the textile history, including the Paisley Thread Mill Museum, the Sma’ Shot Cottages and the Paisley Museum and Art Gallery, where paintings by Jessie’s husband Fra Newbery can be viewed too.

Cranachan’s Yesteryear books are a fabulous way of discovering the ‘story’ in history, and getting outside and looking around the area where real life events happened, helps bring the story to life.

Native and Roman on the Northern Frontier