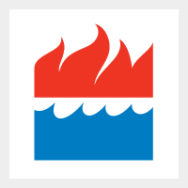 HarperCollins UK publishes a wide range of books, from cutting-edge contemporary fiction, to block-busting thrillers, from fantasy literature and children’s stories to enduring classics. It also publishes a great selection of non-fiction titles, including history, celebrity memoirs, biographies, popular science, dictionaries, maps, reference titles and education books, and its digital business is thriving. With nearly 200 years of history, HarperCollins publishes some of the world’s foremost authors, from Nobel Prize winners to worldwide bestsellers. In addition it publishes the works of Agatha Christie, JRR Tolkien and CS Lewis. It was the first major UK trade publisher to go carbon neutral in December 2007. HarperCollins UK also offers a full range of third party distribution services including all aspects of digital delivery.