PART OF THE Another World ISSUE

‘We owe a great deal to Telford and others for creations that have stood the test of time, built with courage and daring in an age when major construction projects relied heavily on pickaxes, wheelbarrows, and an extraordinary amount of hard physical labour.’

World Heritage Canal gives readers a fascinating mixture of historical, personal and engineering insights into the life and work of Thomas Telford; and a modern guide to the Llangollen Canal. Author Paul A. Lynn introduces us to an engineering pioneer.

Thomas Telford (1757–1834) was Scotland’s greatest civil engineer. In recent years I have become fascinated by his humble beginnings and self-propelled rise from journeyman stonemason to famous canal engineer. What mixture of family background, training, and ambition encouraged him to venture far beyond the limits of existing knowledge and experience, accepting challenges that others pronounced foolish, or dangerous, or both? 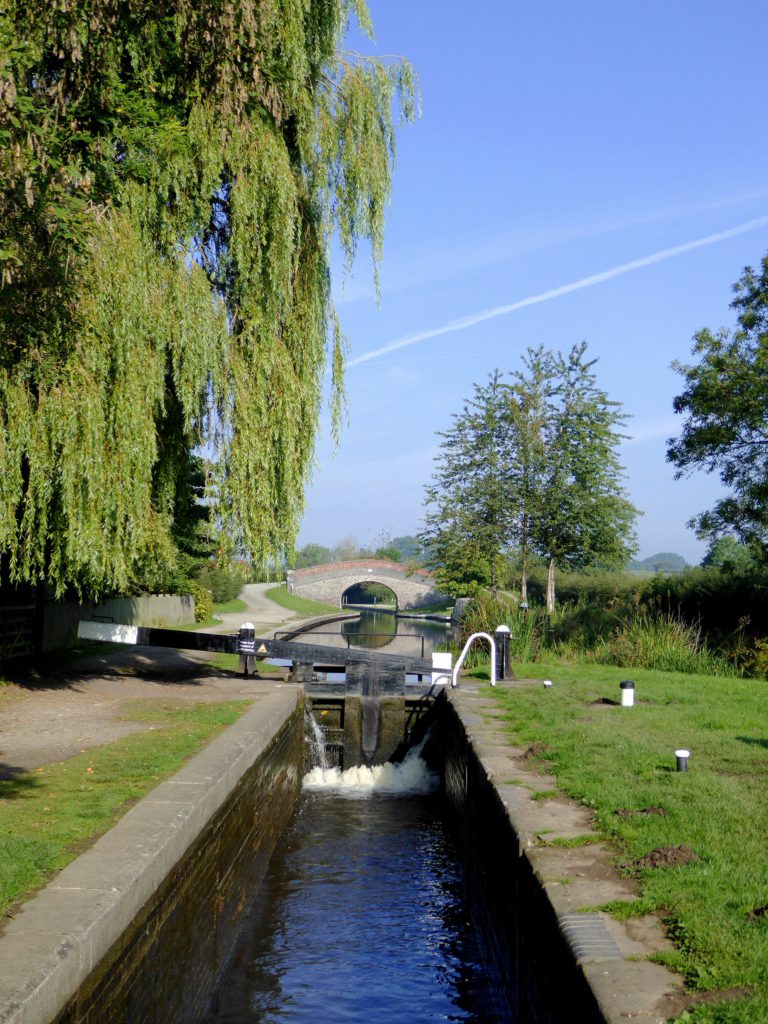 Never married, Telford’s time was almost totally devoted to his work and therefore – as some claim – lacked the emotional peaks and troughs that accompany most lives. But to delve deeper is, as so often, to reveal a more complex tapestry – a lover of poetry and wild landscapes, a loyal and devoted friend, an engineer who rose to international fame but never lost a deep affection for his native Scotland.

He was born in a mud-walled cottage at Glendinning in Eskdale, an isolated valley in Scottish Border country about 20 miles north of Gretna Green. It is gentle country by Scottish standards, more rural idyll than highland drama, with rich green hills sweeping down to valley floors and sparkling streams feeding the River Esk. But the idyll was accompanied by tragedy: his mother Janet had lost a previous baby Tom, and before the year was out her husband, “a blameless shepherd”, also died. Left penniless, she faced a long hard struggle with enormous fortitude, overcoming problems that would have destroyed lesser spirits. It seems that her second baby Tom, destined to become an engineer of legendary determination, inherited a generous assortment of genes from his mother.

Unfortunately Tom’s entry into the world took place in a greatly diminished Scotland. It was only fifty years since the Act of Union, and only twelve since Bonnie Prince Charlie’s Jacobite army took Edinburgh and marched as far south as Derby – a profoundly unnerving crisis for the London government. Although subsequent retribution, swift and brutal, was principally aimed at the Highlanders and their clan system, a continuing air of crisis and uncertainty in Scotland reduced the chances that her citizens would feel much improvement in their lives, at least in the short term.

In any case there was a longstanding problem with Scottish infrastructure. The road network was worse than that in England, the land more sterile, the people poorer. Travel by land, always difficult, was often impossible in winter. The remarkable improvements in roads, bridges, buildings, and agriculture that took place in the following 100 years became the main drivers of economic and social progress; but at the time of Janet’s bereavement in 1757, that was all for the future – a future to which her infant son would make an outstanding contribution. 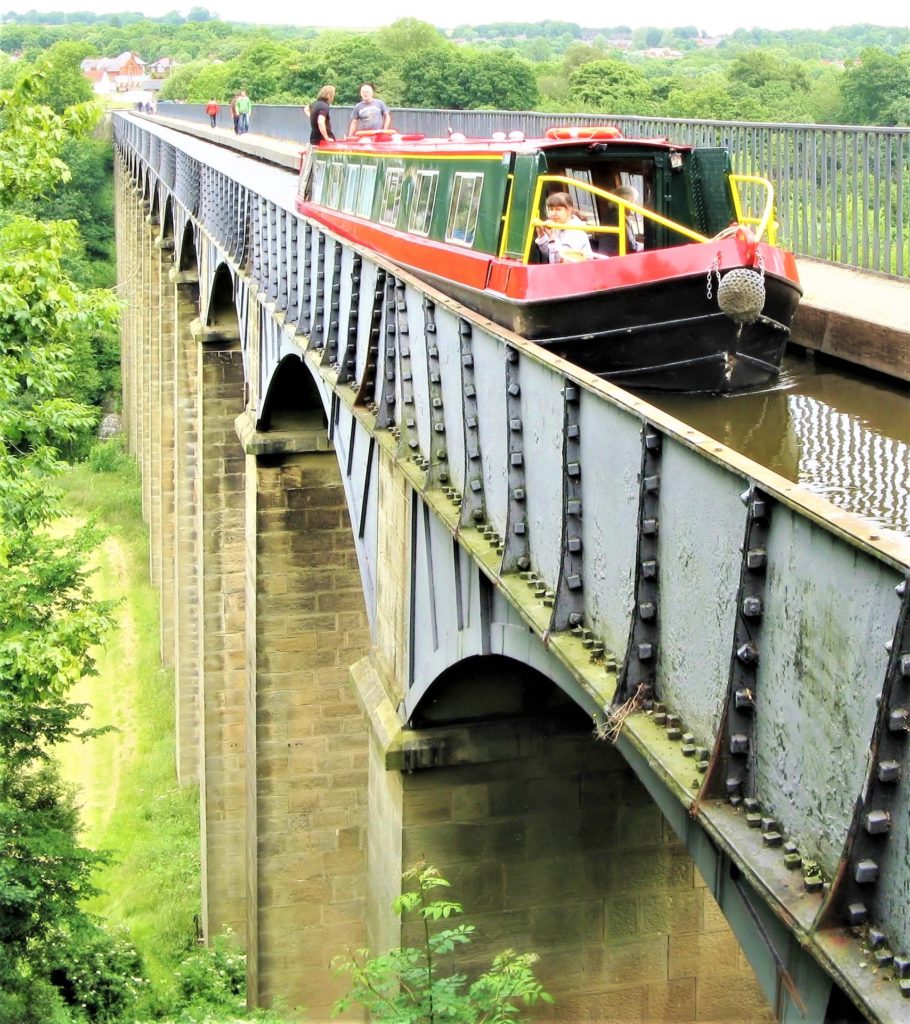 It seems extraordinary that Thomas Telford could rise from such humble beginnings to become one of the world’s greatest engineers. His formal education started and ended at the village school in Eskdale, and his subsequent advance was almost entirely his own affair: apprenticeship to a local stonemason; a spell in Edinburgh as a journeyman mason; a flight to London where he worked on Somerset House, then rising on The Strand; a year in Portsmouth building a house for the Commissioner of the Naval Dockyard; and then a move to Shrewsbury where he became County Surveyor for Shropshire. He was on the up and up.

In 1793 Telford was appointed principal engineer to the Ellesmere Canal (now the Llangollen Canal) in North Wales. He had absolutely no experience of canal engineering, yet dared to propose a revolutionary design for the Ellesmere’s greatest challenge – the magnificent Pontcysyllte Aqueduct over the River Dee near Llangollen. An 11-mile section of the canal, with the aqueduct as its centrepiece, has recently been granted UNESCO World Heritage status, putting it in the company of such international icons as the Taj Mahal, the Statue of Liberty, and the Tower of London.

I have tried to tell a personal as well as a professional story, putting Telford’s life and work up to the time when he became a famous canal engineer into its historical and social context. Today there is great interest in Britain’s transport infrastructure and the 19th-century engineers who did so much to pioneer and improve it. We owe a great deal to Telford and others for creations that have stood the test of time, built with courage and daring in an age when major construction projects relied heavily on pickaxes, wheelbarrows, and an extraordinary amount of hard physical labour. 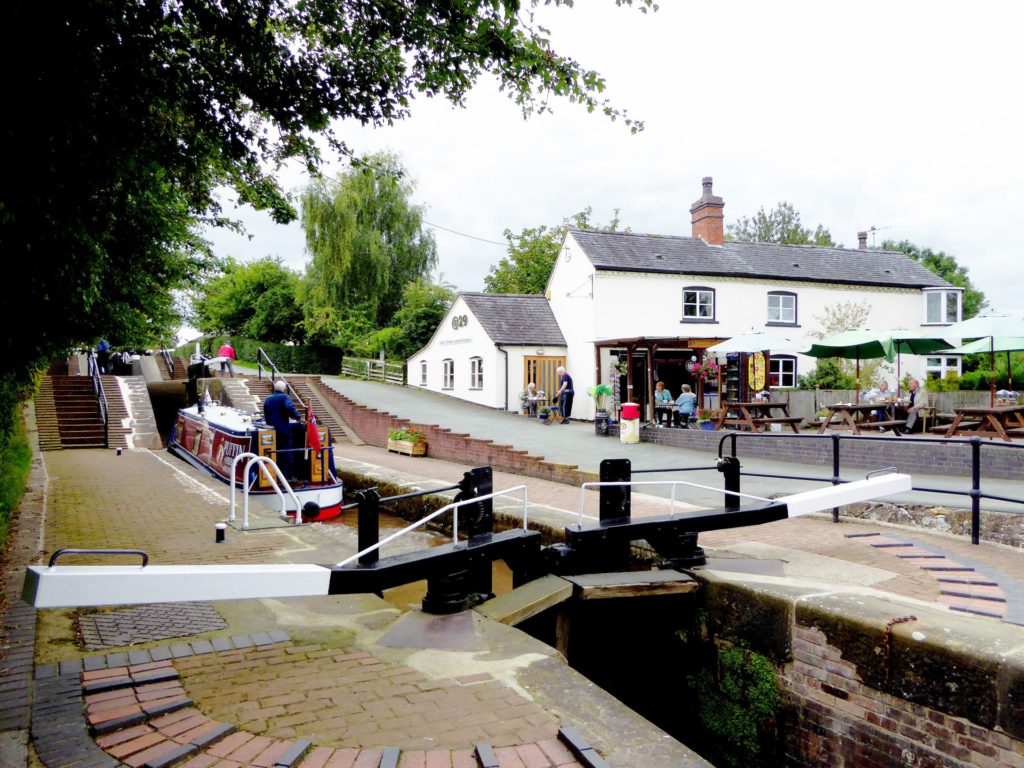 World Heritage Canal: Thomas Telford and the Pontcysyllte Aqueduct by Paul A. Lynn is published by Whittles Publishing, priced £16.99

The Space Between Time

‘I am a child of the sea, I sometimes think, and have done ever since we first moved to live beside …