The Honours of Scotland

‘Hidden, stolen, mended, remade – these precious objects, along with the Stone of Destiny, now take pride of place in Edinburgh Castle.’

We are used to Historic Environment Scotland bringing us the most beautifully-produced books, with fantastic images, and their latest book is no exception. Let us share a little bit of those treasures that you will find inside.

The Honours of Scotland: The Story of the Scottish Crown Jewels & The Stone of Destiny
By Chris Tabraham
Published by Historic Environment Scotland

On 4 February 1818, a distinguished group of men gathered on the stair outside the Crown Room in Edinburgh Castle. Standing beside the Lord President of the Court of Session, the Lord Justice Clerk, the Lord Chief Commissioner of the Jury Court, the Lord Provost of the City of Edinburgh and the Commander-in-Chief of the Army was an anxious Walter Scott, one of Scotland’s foremost authors and antiquarians. His urgent pleas to the Prince Regent (the future King George IV) had resulted in a royal warrant permitting Scott to accompany the Scottish Officers of State to open the sealed Crown Room in search of the Scottish Crown, Sceptre and Sword of State, known as the Honours of Scotland. The group watched in silence as the masonry blocking was removed from the doorway. In the darkness beyond they spied a great iron-bound oak chest. They approached with great apprehension, for there was a suspicion that the chest was empty. The Honours had been locked away in 1707 following the Treaty of Union with England but many believed that ceremony had been a hoax.

Let Walter Scott himself describe what then happened:

‘The chest seemed to return a hollow and empty sound to the strokes of the hammer, and even those whose expectations had been most sanguine felt at the moment the probability of disappointment … The joy was therefore extreme when, the ponderous lid of the chest being forced open, the Regalia were discovered lying at the bottom covered with linen cloths, exactly as they had been left in the year 1707 … The reliques were passed from hand to hand, and greeted with the affectionate reverence which emblems so venerable, restored to public view after the slumber of more than a hundred years, were so peculiarly calculated to excite. The discovery was instantly communicated to the public by the display of the Royal Standard, and was greeted by shouts of the soldiers in the garrison, and a vast multitude assembled on the Castle Hill; indeed the rejoicing was so general and sincere as plainly to show that, however altered in other respects, the people of Scotland had lost nothing of that national enthusiasm which formerly had displayed itself in grief for the loss of these emblematic Honours, and now was expressed in joy for their recovery.’

No one can have been more overjoyed than Scott himself. And the drama of that February morning proved a fitting climax to the fascinating and eventful story of the Honours of the Kingdom, a story which begins in the Dark Ages, takes us through the glory of Scotland’s medieval history and reaches right up to the present day, with the Honours on display in Edinburgh Castle’s Crown Room. 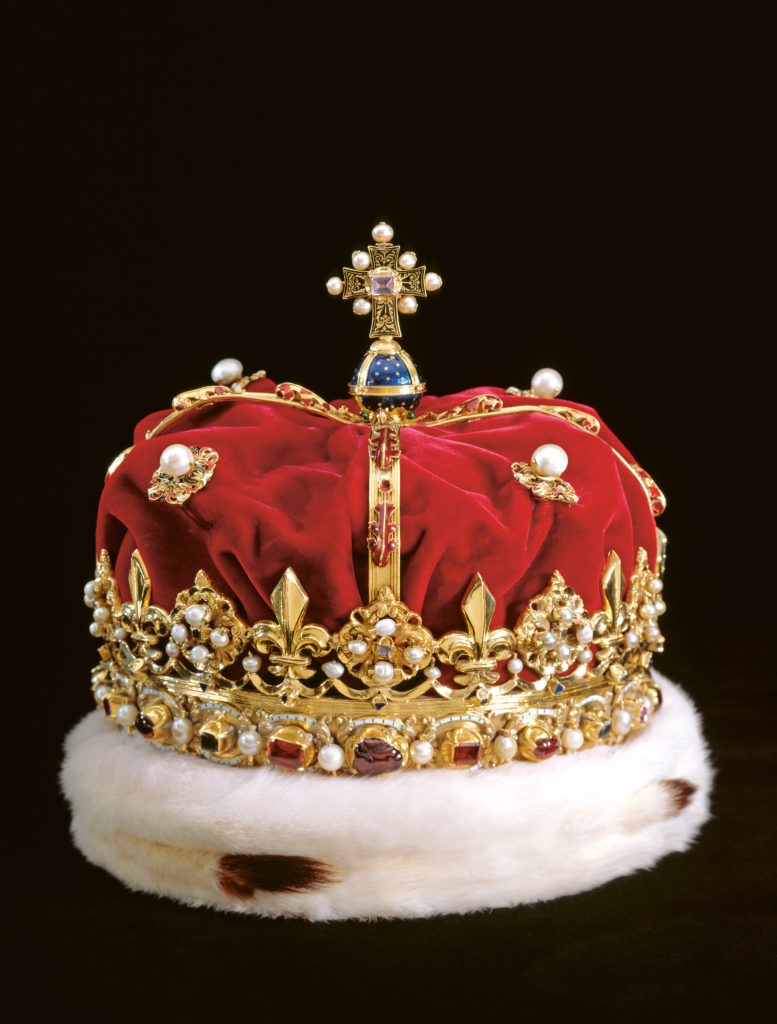 The Crown of Scotland was first worn by James V in 1540, and is still taken to Holyrood for the State Opening of the Scottish Parliament every four years. 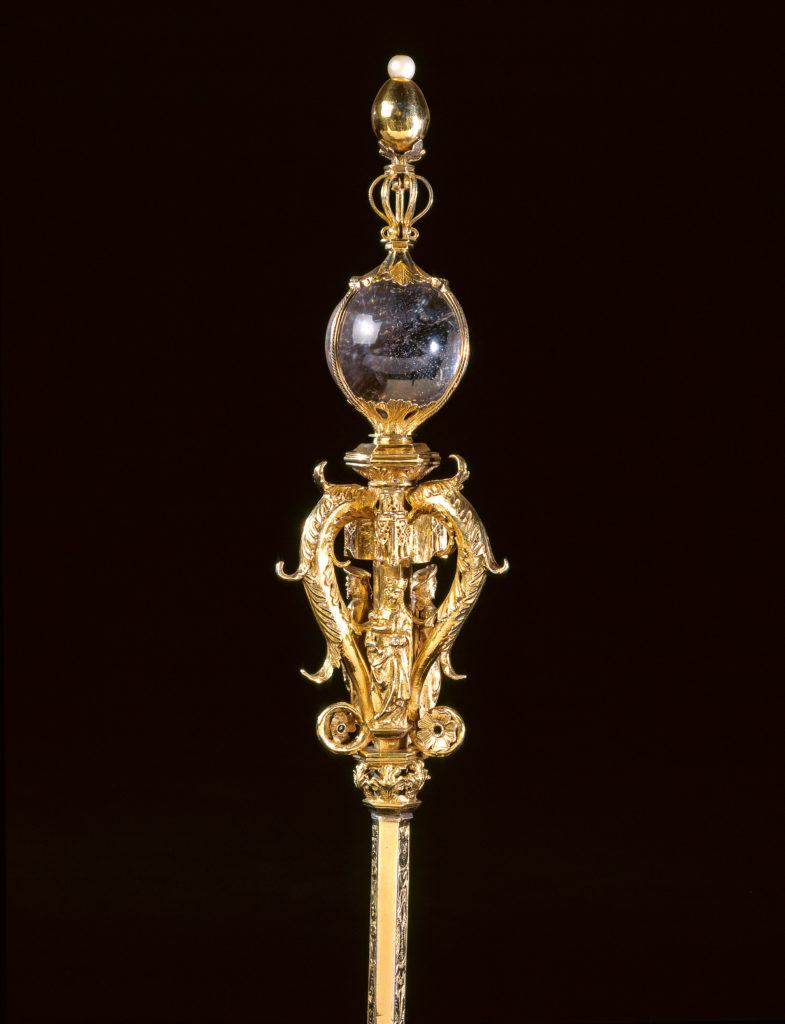 The Sceptre, created in Renaissance Italy and given to James IV by the Pope, was remodelled during the reign of his son, James V. 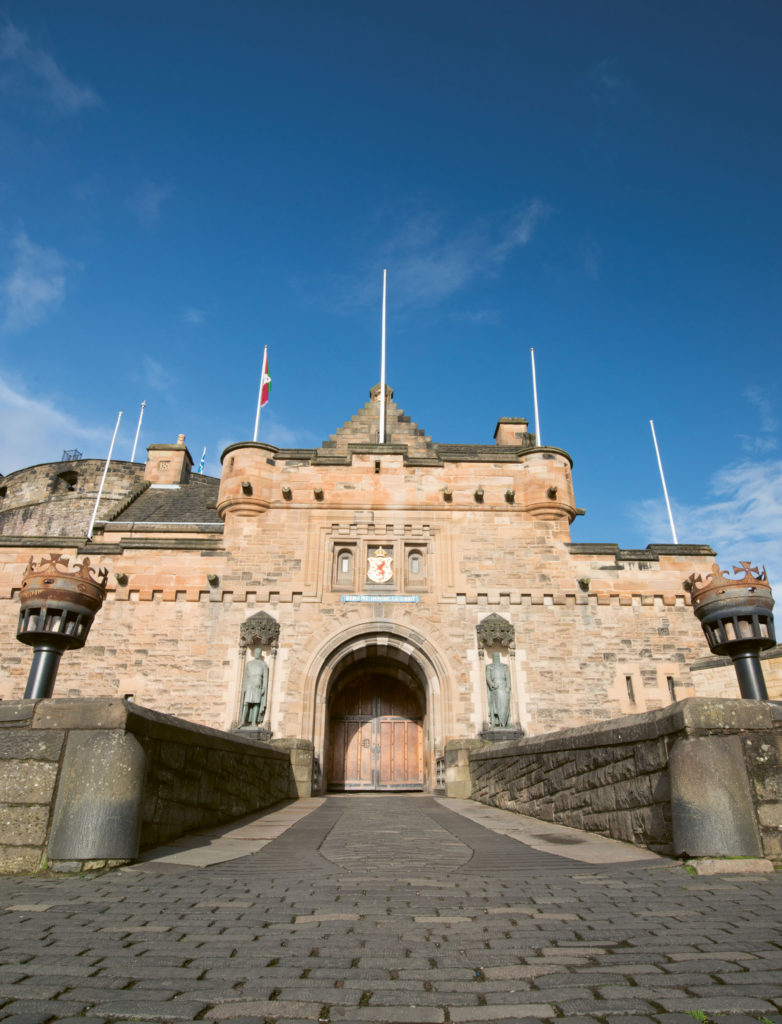 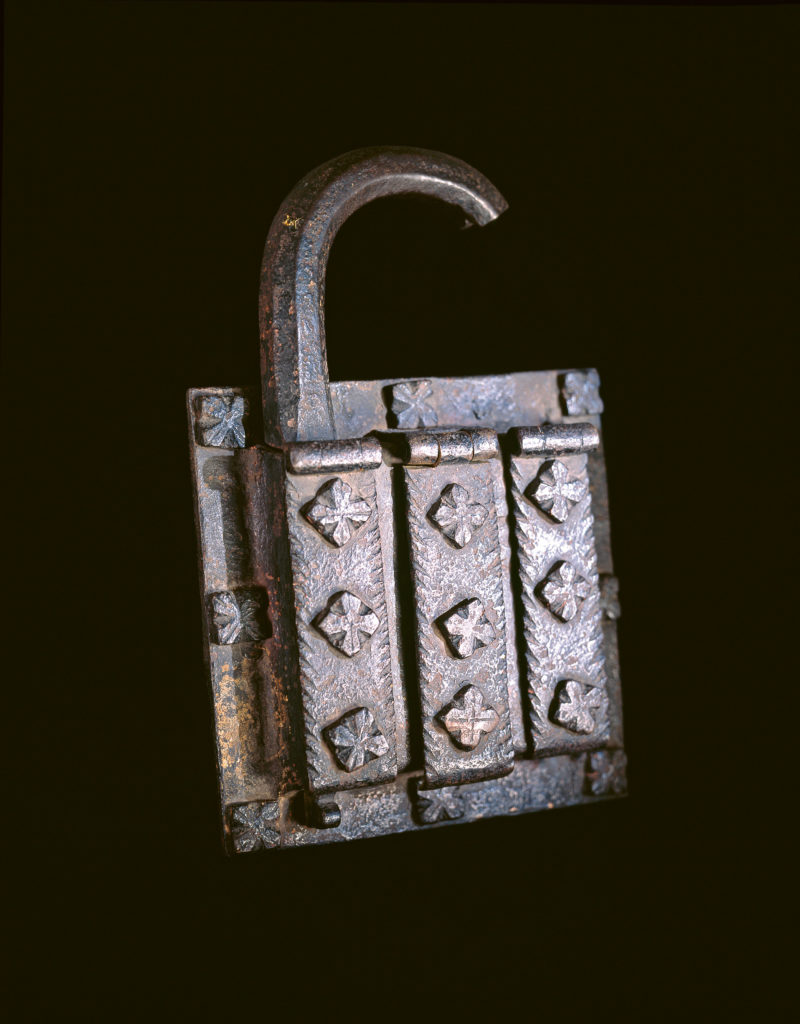 One of the two padlocks broken as the oak chest was forced open to reveal the Honours, which had been hidden away for over one hundred years.

The Honours of Scotland: The Story of the Scottish Crown Jewels & The Stone of Destiny by Chris Tabraham is published by Historic Environment Scotland, priced £9.99

‘Go and hear the water in the wood as it splays downhill cold as Greenland.’