‘From the late 18th century, visitors were drawn to Scotland in increasing numbers, attracted to locations depicted in romantic paintings, prints and literature. Many artists, writers and musicians visited, often on personal pilgrimages inspired by the lasting influence of Ossian, or the fame of Burns, Sir Walter Scott and others.’

Wild and Majestic: Romantic Visions of Scotland, the summer exhibition at the National Museum of Scotland (26 June–10 November 2019), tells the fascinating story of how tartan, bagpipes and rugged, wild landscapes became established as enduring, internationally recognised symbols of Scottish identity and how Scotland became established in the popular imagination as a land of wilderness, heroism and history.

The exhibition spans the period from the final defeat of the Jacobites at the Battle of Culloden in 1746 to the death of Queen Victoria in 1901. In exploring the efforts made to preserve and revive Highland traditions in the wake of post-Jacobite persecution, depopulation and rapid socio-economic change, it will show how Scotland’s relationship with the European Romantic movement transformed external perceptions of the Highlands and was central to the birth of tourism in Scotland. 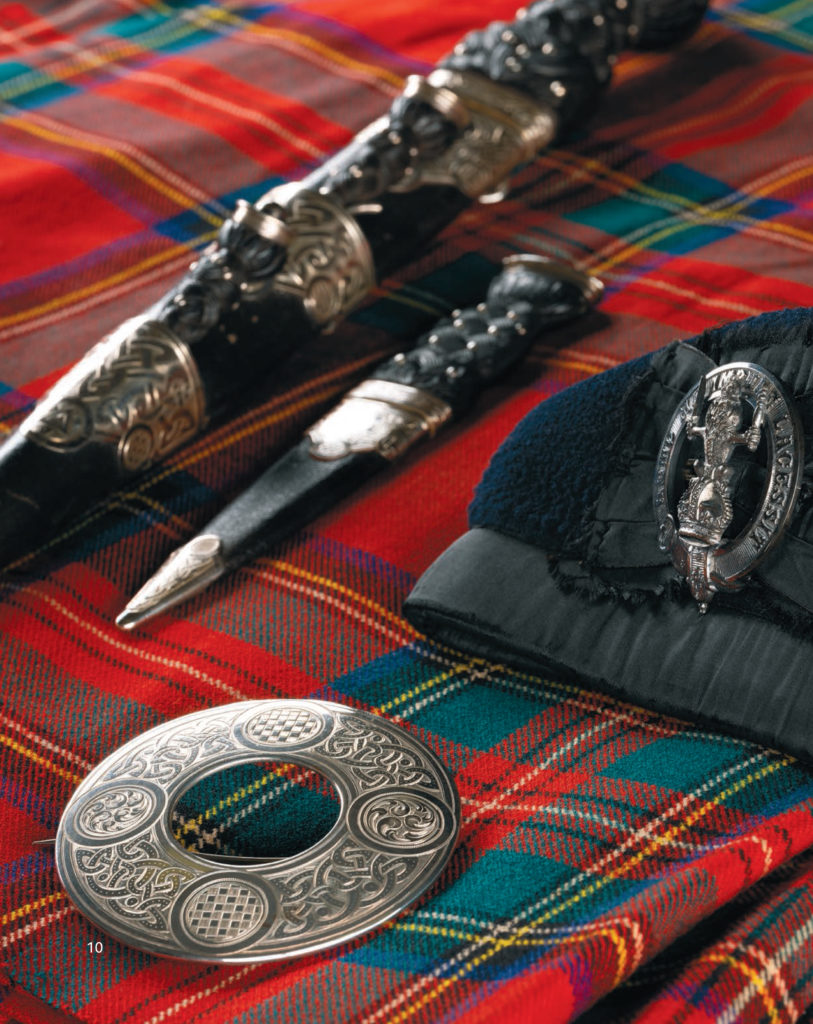 Over 300 objects will be on display, many of them showcased in this souvenir guide, drawn from the collections of National Museums Scotland and thirty-eight lenders across the UK.

Throughout the exhibition, the influence of Gaelic language and culture, and the impact of these developments on it will be shown through objects, text and film. This is reflected in the book.

From the late 18th century, visitors were drawn to Scotland in increasing numbers, attracted to locations depicted in romantic paintings, prints and literature. Many artists, writers and musicians visited, often on personal pilgrimages inspired by the lasting influence of Ossian, or the fame of Burns, Sir Walter Scott and others.

Works by major figures, including Wordsworth, Turner and Mendelssohn – all of whom met with Scott during their travels – inspired more people to seek out for themselves the places evoked in music, art and literature. Dorothy Wordsworth’s travel journal, Mendelssohn’s sketchbook and his original score of the Hebrides Overture, and a silver urn gifted from Byron to Scott after the two literary giants met in 1815 all feature in the exhibition.

Through rich displays reflecting the colour and flamboyance of the Highland image, visitors will encounter key developments such as the Ossian controversy, the over-turning of the ban on Highland dress, the pageantry around King George IV’s visit to Edinburgh in 1822, the Highland tourism boom, and the creation of a Romantic idyll for Queen Victoria at Balmoral.

‘This is a contested, complex history, and also a fascinating one. There are competing claims, still, over the extent to which those symbols of Scotland we see today are Romantic inventions, or authentic expressions of an ancient cultural identity.

Using material evidence, we will examine the origins and development of the dress, music, and art that made up the Highland image. We will show how cultural traditions were preserved, idealised and reshaped to suit contemporary tastes against a background of political agendas, and economic and social change.’

Wild and Majestic: Romantic Visions of Scotland by Patrick Watt and Rosie Waine is published by NMS Enterprises, priced £9.99.

Wild and Majestic: Romantic Visions of Scotland, the exhibition, is on at the National Museum of Scotland in Edinburgh 26 June–10 November 2019.
https://www.nms.ac.uk/exhibitions-events/exhibitions/national-museum-of-scotland/wild-and-majestic/

‘From the late 18th century, visitors were drawn to Scotland in increasing numbers, attracted to loc …