A HarperCollins History of Crime Fiction

PART OF THE Making Mischief ISSUE

‘Due to the unwavering popularity of crime stories, Collins have amassed a collection of some of the greatest writers in history.’

Publishing archives are full of wonder, and HarperCollins’s archive is bursting with treats. Here, archivist Dawn Sinclair tells us a little about how crime fiction transformed over the years.

The archive of HarperCollins Publishers is full of stories of all kinds – romance, western, thriller and of course, crime. This genre has rarely been out of fashion over the decades. William Collins and now HarperCollins have ensured they have published some of the most well-known names in crime from the early days. The archive holds books, artwork, correspondence, editorial material and all sorts of ephemera. Our collections give us the chance to understand our history as a company, celebrate it and all its requisite parts.

At the beginning of the 1900s, there was an obvious trend for the murder mystery novel and people had become interested in the workings of the police and moreover detectives due to writers such as Wilkie Collins, Edgar Allan Poe and Arthur Conan Doyle. At this time, William Collins and Sons was led by William Collins IV, his brother Godfrey and their cousin William Collins Dickson. All three were astute business men and each had an area of the business to look after. Godfrey, who oversaw the publishing side of the business, was also a Liberal MP and became the Secretary of State for Scotland in 1932. Despite juggling his many roles, it was he who recognised the popularity of crime books.

Therefore, in 1919, the first Collins Detective story was published – ‘The Skeleton Key’ by Bernard Capes. This book started a long tradition of Collins publishing crime stories for decades to come. Next, Freeman Wills Crofts’ book ‘The Cask’, chosen from the many crime story manuscripts which had been sent to Collins, was published. Wills Crofts went on to write another 16 books for Collins which included his ‘Inspector French’ series. The momentum had taken over and the number of crime authors multiplied. In 1926, Collins hit the crown jewels and published Agatha’s Christie first book with the company – ‘The Murder of Roger Ackroyd’. Agatha’s talent was clear and 93 years later, we still publish her books. 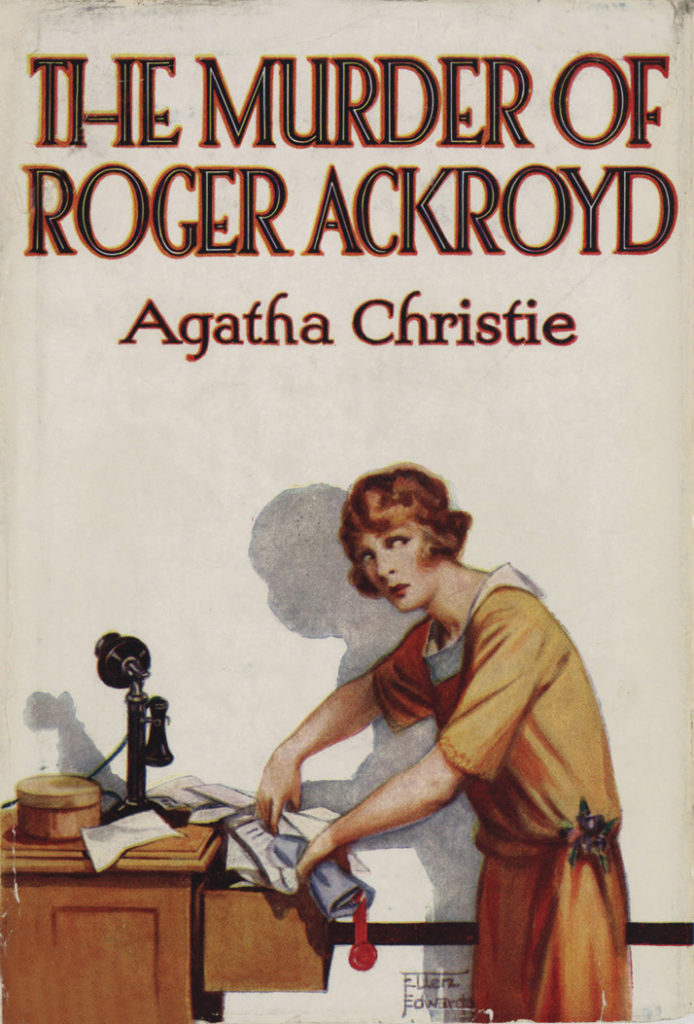 Around 260 authors were published under the imprint of the Crime Club, some with only one or two books or some like Agatha Christie with 80 books. Authors came from all over the world from New Zealand to the UK. There was also a small contingent of Scottish authors who were published under the Crime Club. One such author is Gavin Black. However, his story is a bit more complex than you expect. Gavin Black was the pseudonym of Oswald Wynd. He was born in Tokyo to Scottish parents, who were originally from Perth. They had moved to Japan to run a mission. Oswald was raised in Japan and spoke both Japanese and English. Despite this, he was and is considered a Scottish author. After studying at the University of Edinburgh, he joined the war effort and travelled many places. However, he was captured as a prisoner of war for three years in Malaya.

After his time in the army and as a prisoner, he returned to Scotland and began a long career in writing. His first book with Collins, Suddenly at Singapore, was published in 1961 and was well received. His knowledge of South East Asia and military experience gave his books extra flair and gave both crime and thriller fans a view into the exotic. Most of his subsequent books were set in Asia and were full of twists and turns. However, in A Big Wind for Summer, Black’s protagonist visits the Isle of Arran. The covers for his books were equally interesting. Mostly of them were illustrated by Barbara Walton, who was a prolific dustjacket illustrator for many years with Collins and other publishers. 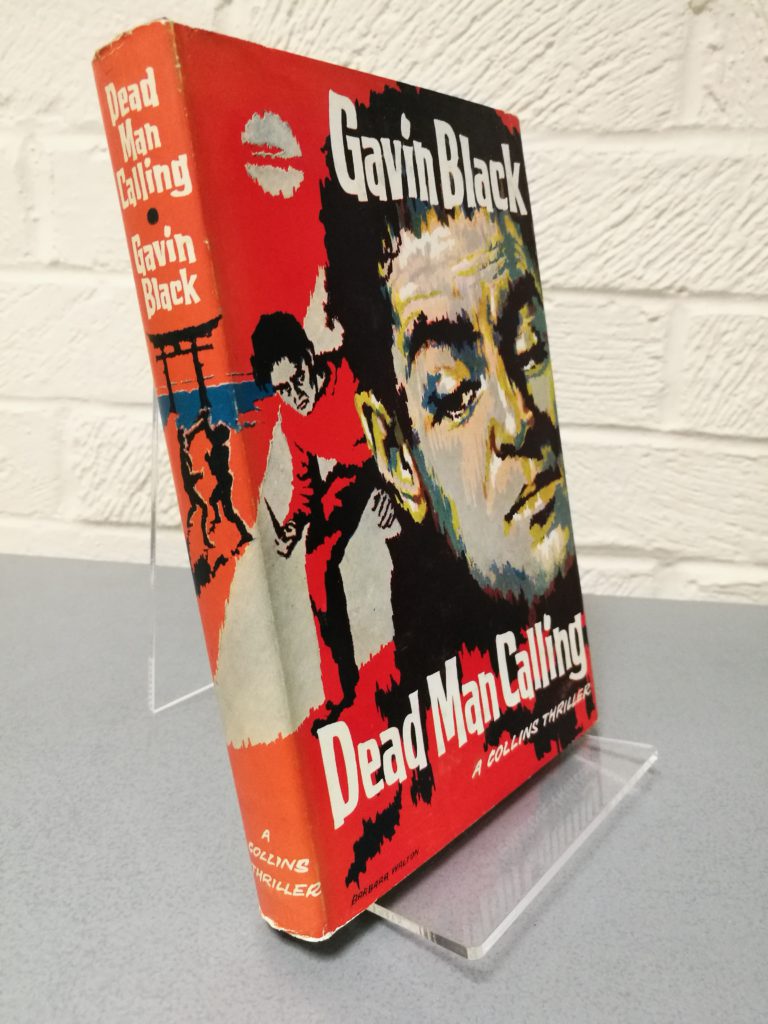 Wynd died in Scotland in 1998, at the age of 85. While he was never a worldwide phenomenon, he is considered a writer of immensely intriguing books but also someone who had an equally interesting life.

Although the Crime Club stopped in 1994, HarperCollins continued to publish many important crime writers. The perennial writers like Agatha Christie were obviously still on our crime list but many new authors were appearing on the scene including Val McDermid, Camilla Lackberg and Stuart MacBride. In 2005, HarperCollins published Cold Granite by Stuart MacBride and from that first book, there has been 12 more Logan McRae novels, two standalone novels, short stories and the Oldcastle novels. However, with such a plethora of titles going back to the Golden Age of Crime, in August 2015, the first Detective Club Crime Classic novels were published. Using original covers from the early 1920s plus the classic Detective Club logo, each book has an introduction from a crime writer or expert about what the book originally brought to the genre. The Perfect Crime by Israel Zangwill, Called Back by Hugh Conway and The Mayfair Mystery by Frank Richardson were the first three titles to be republished. As the end of 2018, 50 books have been made available to new modern audience of crime fans. 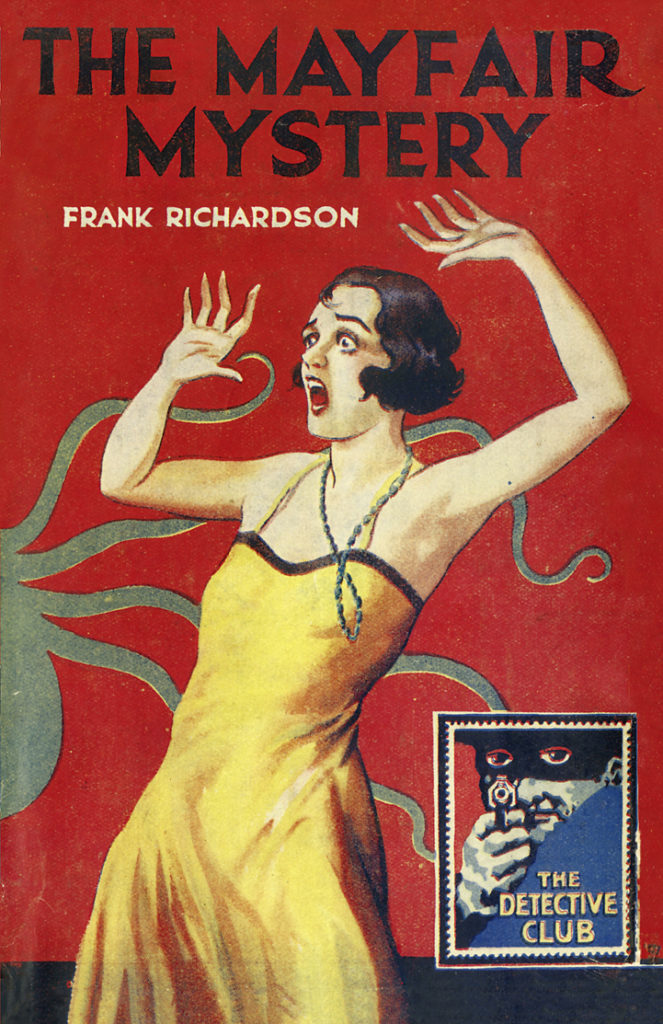 As with all their books, Collins wanted crime books to be accessible to everyone. Our crime novels were published in all different forms and prices from the Crime Club hardbacks, the White Circle paperbacks and the cheap 6d editions. Due to the unwavering popularity of crime stories, Collins have amassed a collection of some of the greatest writers in history. Telling the story of crime in the Archive at HarperCollins Publishers is one that is easy to tell.

‘It’s light that tells the green birch leaves to fade to soft ochre, tells the robin which song to s …

The Boy With The Butterfly Mind