‘Only when I turned and faced her, Standing there like that, Could I begin to tell my story.’ – The Lamplighter, Jackie Kay

October is Black History Month and BooksfromScotland would like to take the opportunity to highlight books from Scotland’s publishers and writers that teach us of important people, places and stories as well as celebrate the writing talent working today. We’ve chosen a mixture of history, novels, biography and graphic novels to recommend to you, something for every reading appetite. 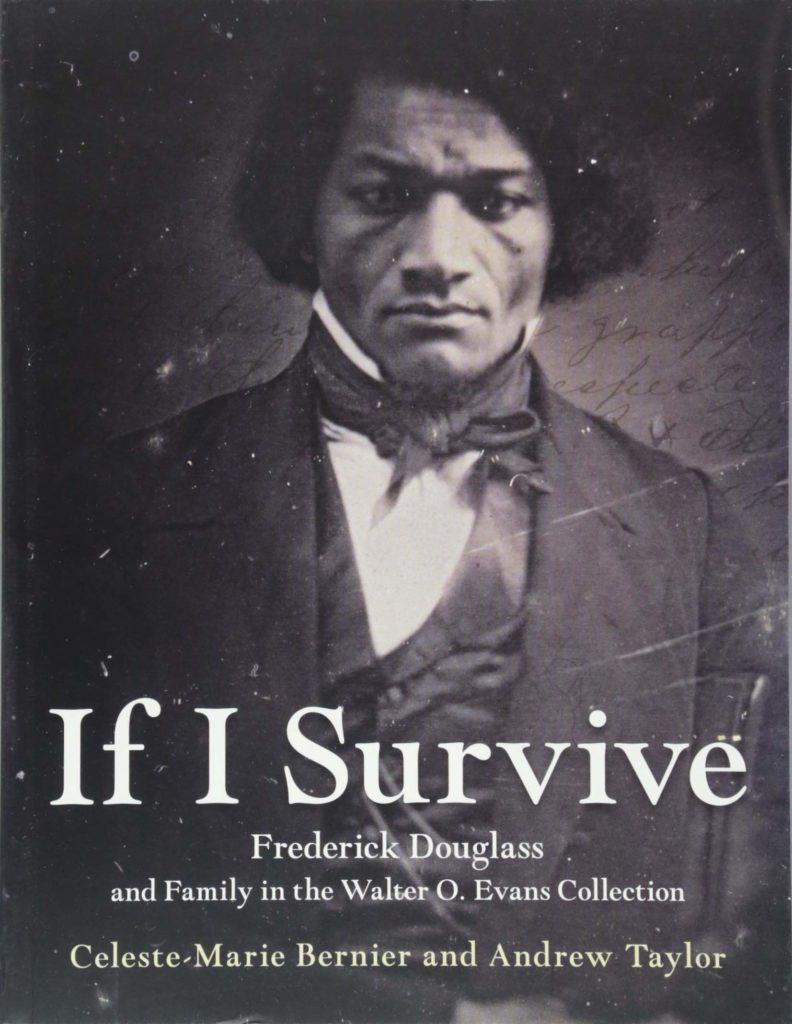 If I Survive: Frederick Douglass and Family in the Walter O. Evans Collection

Frederick Douglass – autobiographer, orator, abolitionist, reformer, philosopher and statesman – is a giant of world history. This collection of previously unpublished speeches, letters, autobiographies and photographs sheds light on the private life of Douglass as a family man.  All of life can be found within these pages: romance, hope, despair, love, life, death, war, protest, politics, art, and friendship. Working together and against a changing backdrop of US slavery, Civil War and Reconstruction, the Douglass family fought for a new ‘dawn of freedom’. 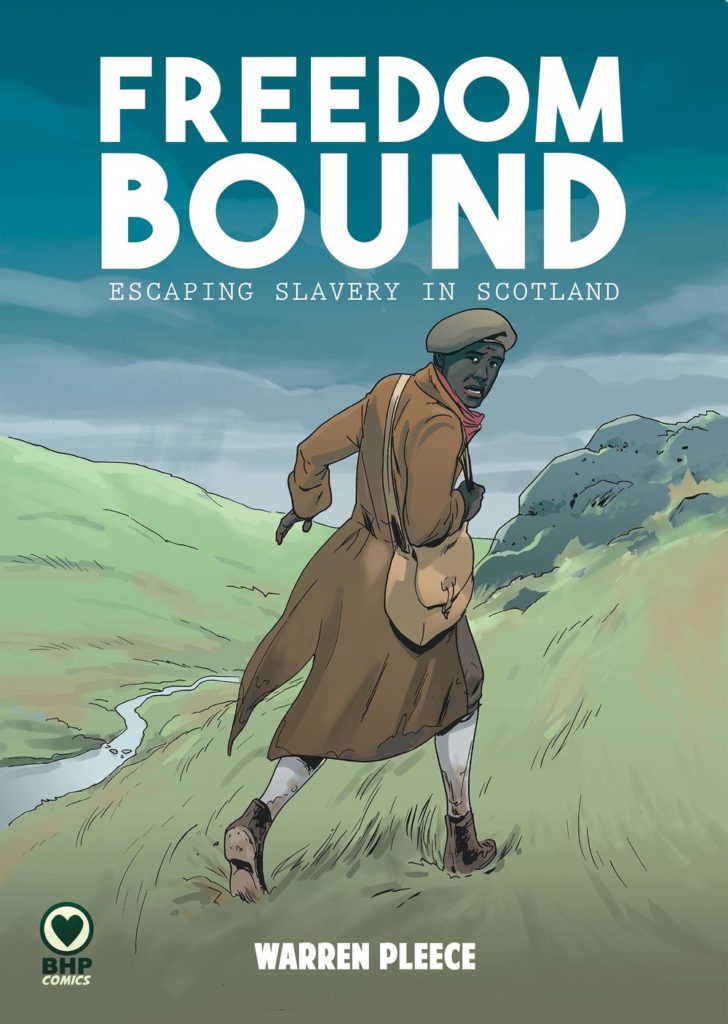 By Warren Pleece and Shazleen Kha
Published by BHP Comics 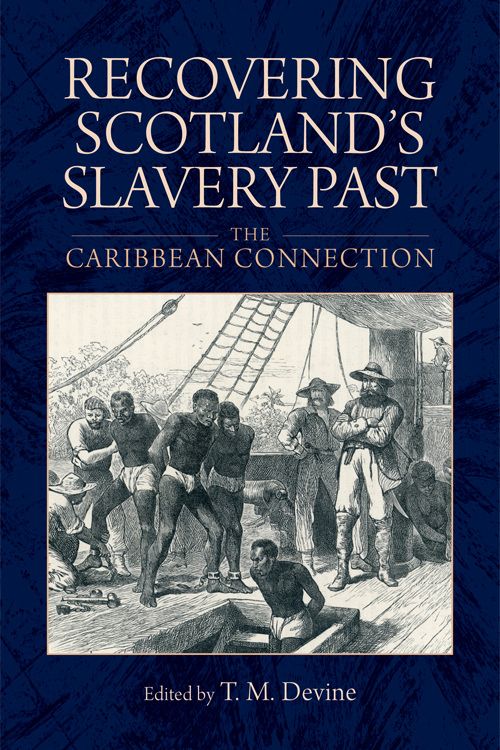 For more than a century the real story of Scotland’s connections to transatlantic slavery has been lost to history and shrouded in myth. The essays in this book are a major contribution to understanding Scotland’s history with the transatlantic slave trade, and cover topics as wide-ranging as national amnesia and slavery, the impact of profits from slavery on Scotland, Scots in the Caribbean sugar islands, compensation paid to Scottish owners when slavery was abolished, domestic controversies on the slave trade, the role of Scots in slave trading from English ports and much more. 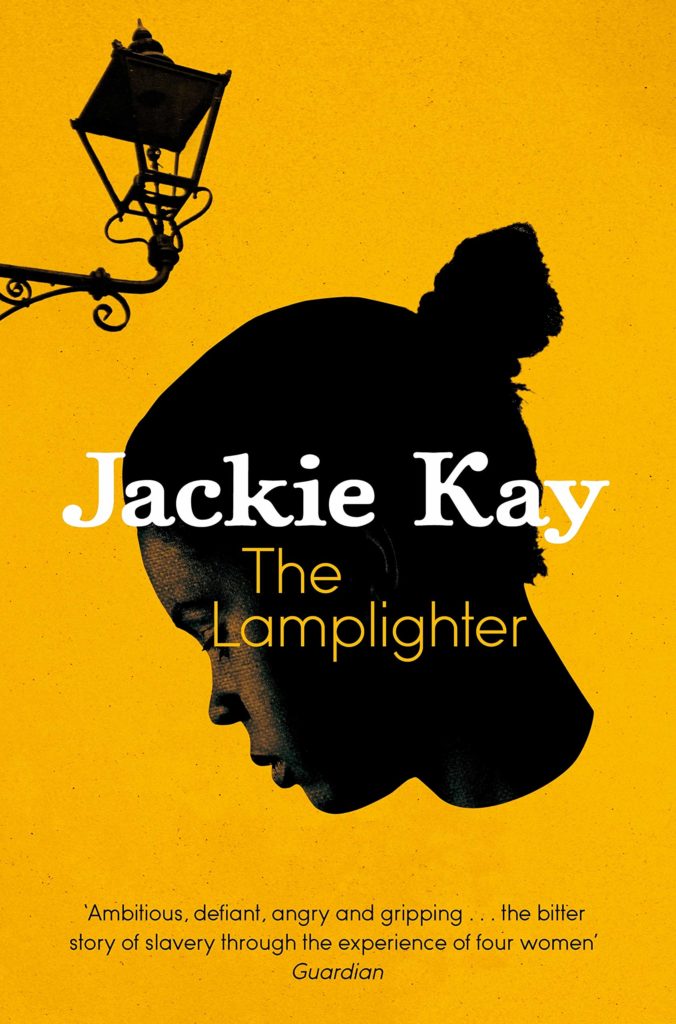 By Jackie Kay
Published by Picador

In The Lamplighter award-winning poet and Scottish Makar Jackie Kay takes us on a journey into the dark heart of Britain’s legacy in the slave trade.

Constance has witnessed the sale of her own child; Mary has been beaten to an inch of her life; Black Harriot has been forced to sell her body; and our lead, the Lamplighter, was sold twice into slavery from the ports in Bristol.

Stirring, impassioned and deeply affecting, The Lamplighter remains as essential today as the day it was first performed. This is an essential work by one of our most beloved writers. 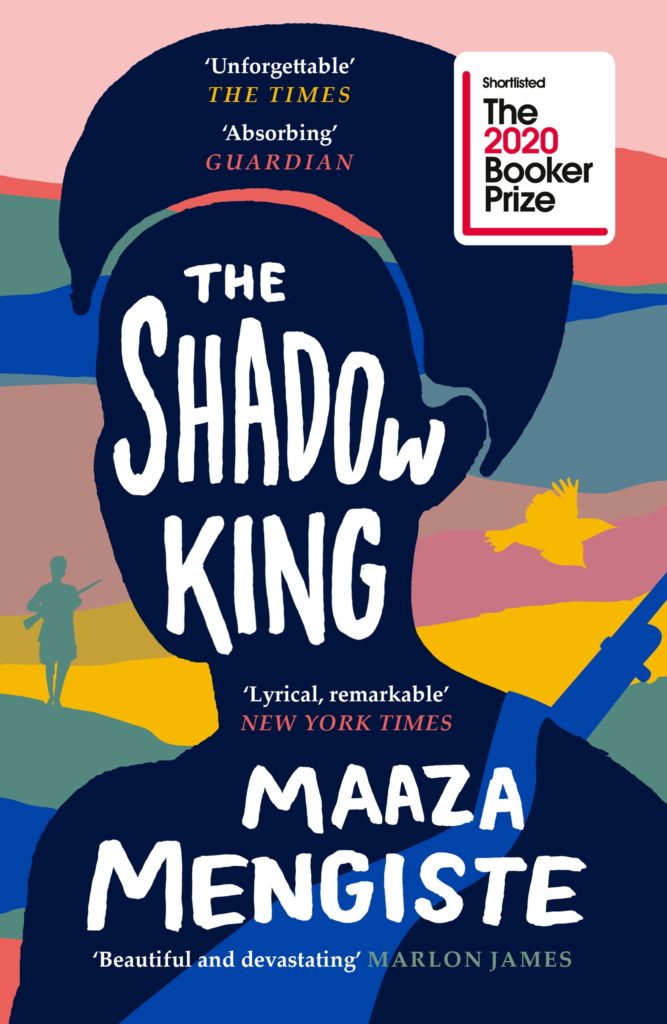 By Maaga Mengiste
Published by Canongate

SHORTLISTED FOR THE BOOKER PRIZE FOR FICTION 2020

ETHIOPIA. 1935.
As Mussolini’s army marches into the country and Emperor Haile Selassie goes into exile, recently orphaned Hirut struggles to adapt to her new life as a maid. She helps disguise a gentle peasant as the emperor and soon becomes his guard, inspiring other women to take up arms. But how could she have predicted her own personal war, still to come, as a prisoner of one of Italy’s most vicious officers?

The Shadow King is a gripping, gorgeously crafted novel exploring female power, and what it means to be a woman at war. 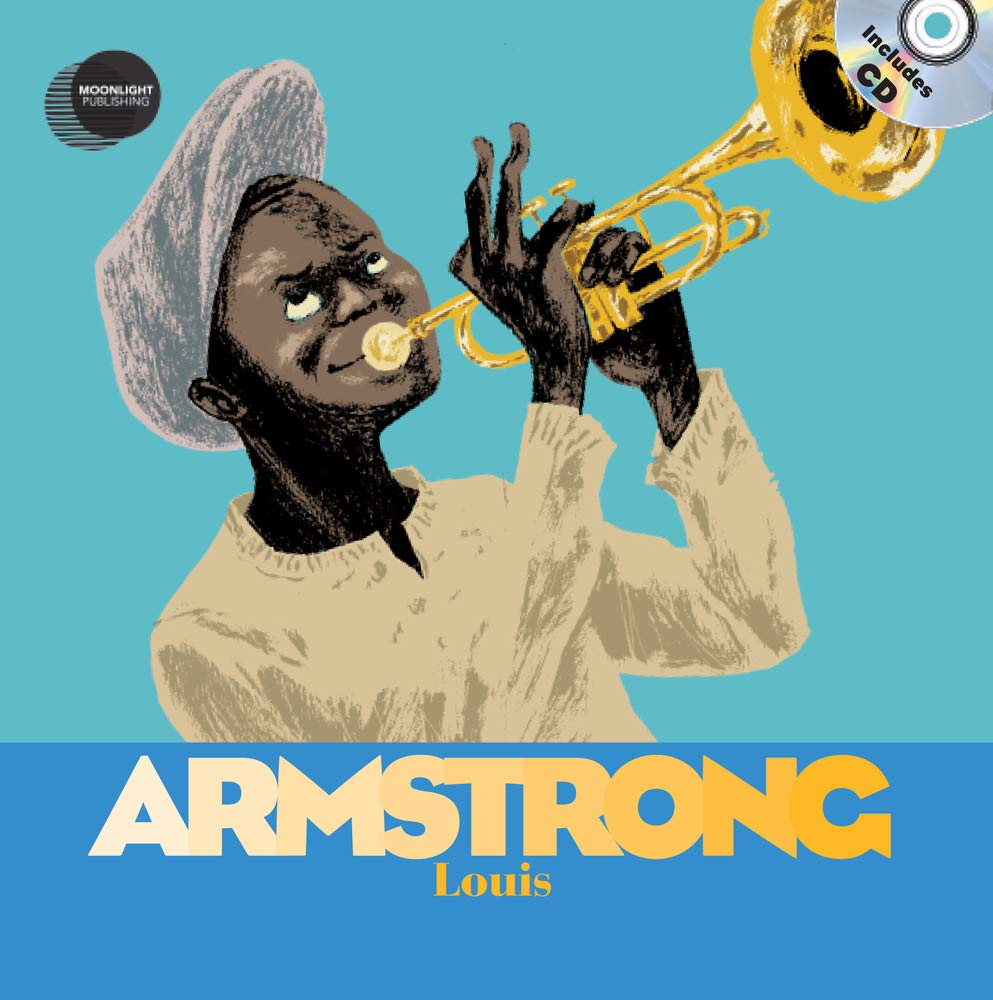 This beautifully illustrated biography for children tells the life of Louis Armstrong, the greatest jazz musician and singer of his age, and gives an introduction to his music. On the accompanying CD, the narrative of the book is interwoven with 14 of Armstrong’s most famous recordings.

Also in this First Discovery Music series is Ella Fitzgerald and Ray Charles. 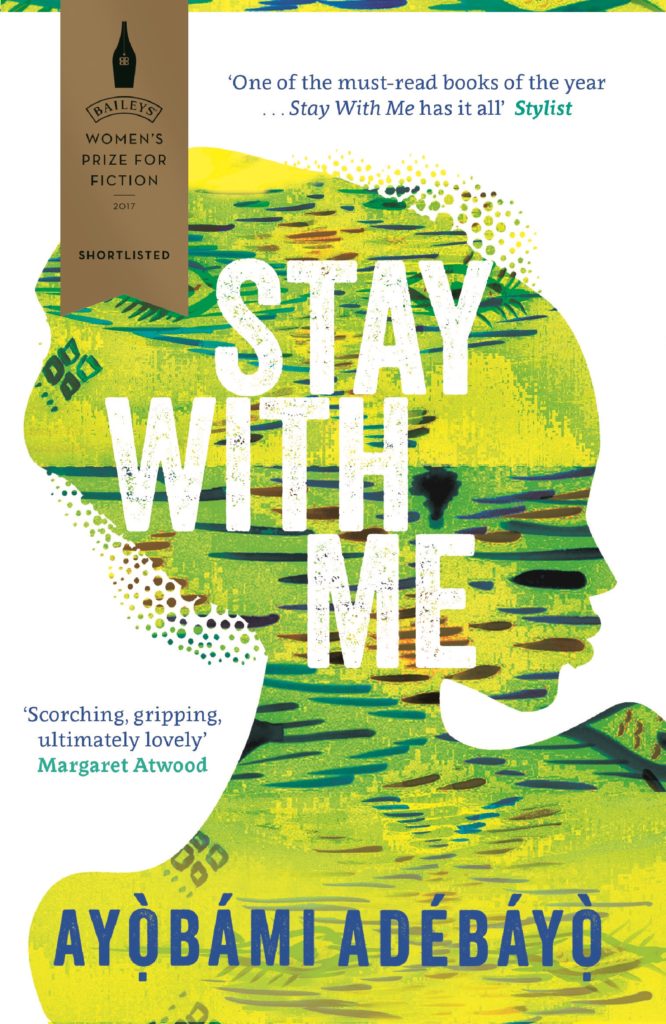 By Ayobami Adebayo
Published by Canongate

SHORTLISTED FOR THE BAILEYS PRIZE FOR FICTION 2017

Yejide is hoping for a miracle, for a child. It is all her husband wants, all her mother-in-law wants, and she has tried everything. But when her relatives insist upon a new wife, it is too much for Yejide to bear.

Unravelling against the social and political turbulence of 1980s Nigeria, Stay With Me is a story of the fragility of married love, the undoing of family, the power of grief, and the all-consuming bonds of motherhood. It is a tale about the desperate attempts we make to save ourselves, and those we love, from heartbreak. 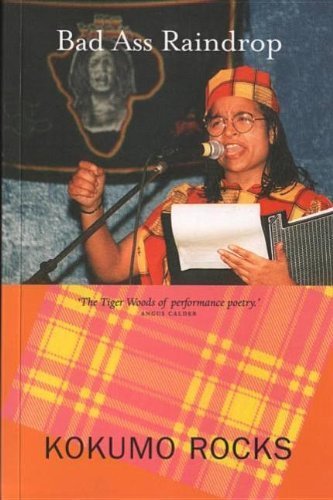 Kokumo Rocks is one of Scotland’s greatest performance poets, and her work on the page sings too, alive with love, passion, humour, wisdom and brutal honesty. Kokumo’s poetry explores the themes of love, race, freedom and imprisonment, and she does so with a sense of the importance of fun and humour. In Bad Ass Raindrop, you can hear the monsoon rains of Africa, taste the mangoes of India, touch the compassion and spirit of the child and feel the pain of burning flesh as race riots rage in Scotland. 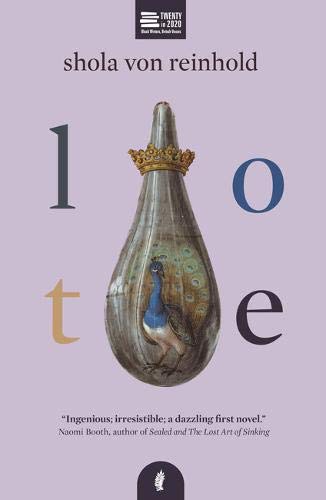 With a sharp eye and great wit, Shola Von Reinhold’s decadent queer literary debut immerses readers in the pursuit of aesthetics and beauty, while interrogating the removal and obscurement of Black figures from history.

We follow Mathilda, an art lover and aesthete, long enamoured with the Bright Young Things of the 20s. When she uncovers a forgotten Black Scottish modernist poet, Hermia Drumm, she endeavours to unearth everything she can about her. At the same time, she enrols in an artist residency with a more austere philosophy than hers which leads Mathilda to extravagant, uncovering systems of erasure and realising her own sense of self and beauty. 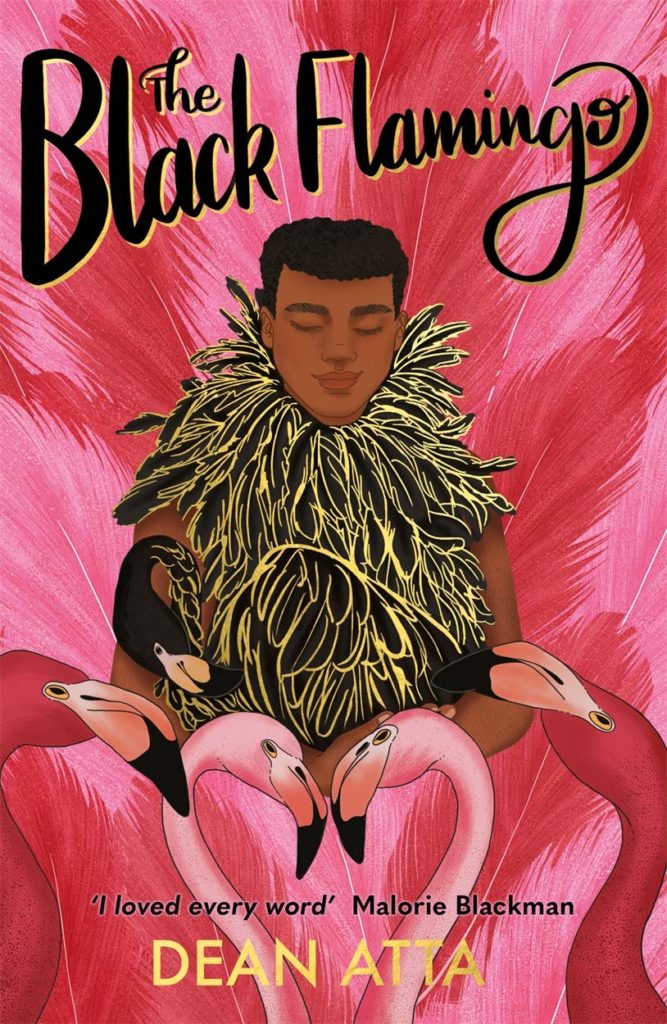 In this brilliant YA novel in verse, a boy comes to terms with his identity as a mixed-race gay teen – then at university he finds his wings as a drag artist, The Black Flamingo. A bold story about the power of embracing your uniqueness. Sometimes, we need to take charge, to stand up wearing pink feathers – to show ourselves to the world in bold colour. 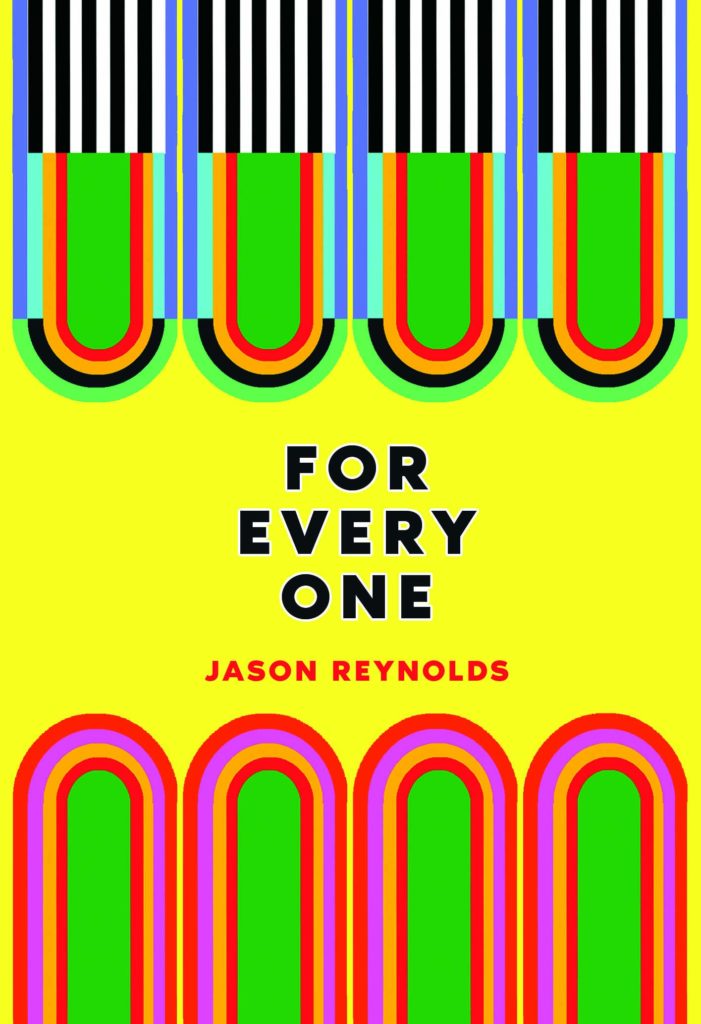 By Jason Reynolds
Published by 404 Ink, partnered with Knights Of

Originally performed at the Kennedy Center for the unveiling of the Martin Luther King Jr. Memorial, this stirring and inspirational poem is New York Times bestselling author Jason Reynolds’ rallying cry to the dreamers of the world, illustrated by Yinka Ilori.

This book is a challenge to think beyond the expected and go for what you want, when going for it is the scariest part. It’s a one-of-a-kind inspirational book, an ideal gift for anyone from a school leaver to a retiree, for the creative, ambitious or those going on an adventure. 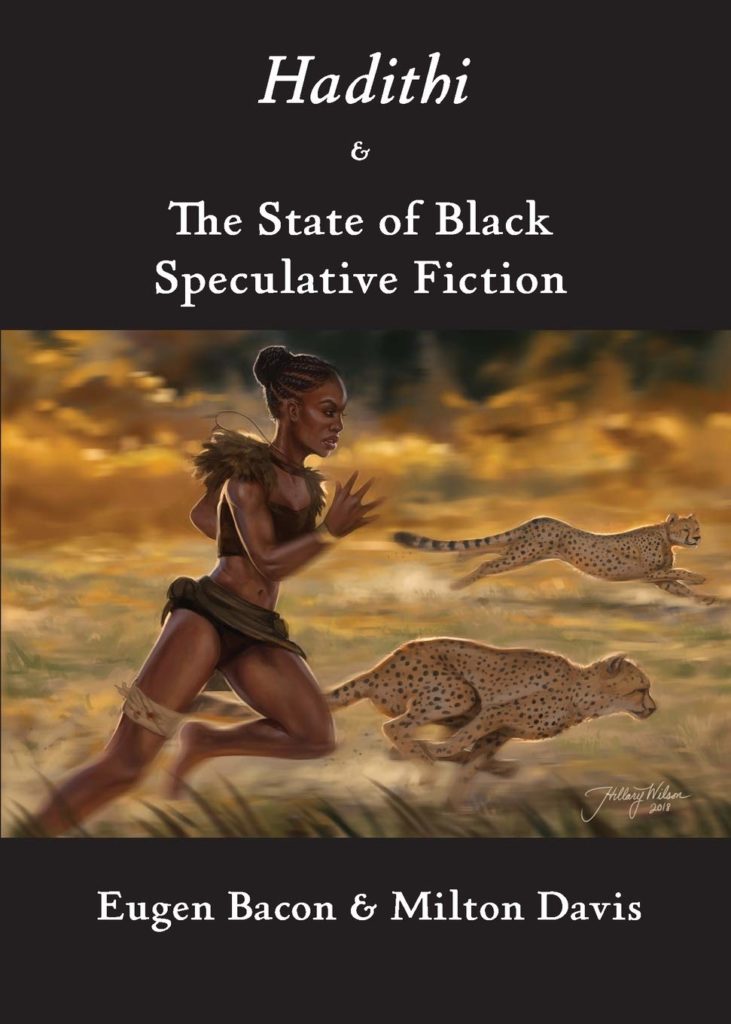 Hadithi and the State of Black Speculative Fiction

Hadithi is a book of two parts, first a scholarly dialogue on the global state of black speculative fiction, then a short story collection. It features seven short stories – three original – of ancestry, soul, continuity, discontinuity as well as steampunk, cyberfunk and a dieselfunk superhero story set in the ‘20s. It’s an enticing, illuminating celebration of afrofuturistic diversity, full of adventure, curiosity and brilliant, bold writing. 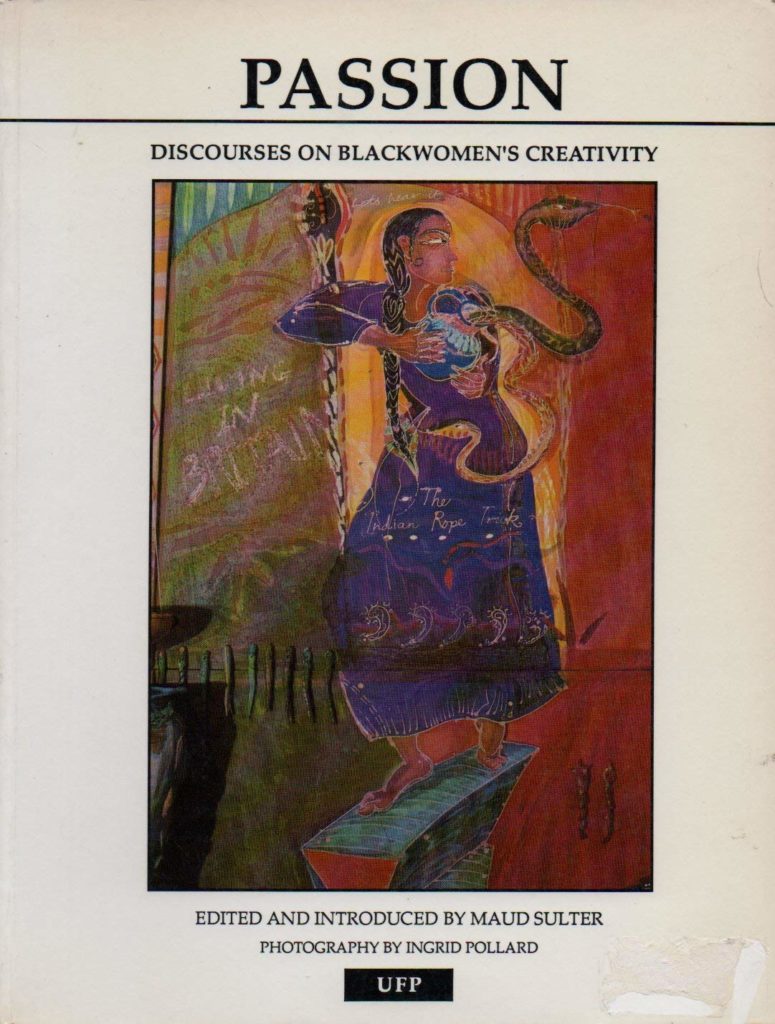 Lastly, we urge you to investigate Maud Sulter (1960–2008). She was an award-winning artist and writer, cultural historian, curator and gallerist of Ghanaian and Scottish heritage who lived and worked in Britain.

Her poem ‘As A Blackwoman’ won the Vera Bell Prize for poetry in 1985. She wrote several collections of poetry, including As A Blackwoman (1985),  Zabat: Poetics of A Family Tree (1989) and Sekhmet (2005), and was widely anthologised. She edited and contributed to a pioneering collection of writings and images, Passion: Discourses on Blackwomen’s Creativity (1990). Her books, though they may be hard to find now, are well worth hunting down.