PART OF THE Quest ISSUE

The Magic of the White Book

‘And it taught me that the best research is the kind that takes the writer over, refuses to give its answers in advance, and transforms the work beyond what the writer could have ever imagined.’

Tiger by Polly Clark was one of last year’s most bold novel releases, telling the story from the perspective of both its human and animal characters. Ahead of it’s paperback release, Polly has written a piece on the work she does in the name of research, which is just as bold as her writing!

For my first novel, Larchfield, I spent a lot of time immersed in WH Auden’s work and papers, and wandering his haunts in Helensburgh. I did everything I could to get inside that young poet’s skin, and I thought I had a handle on what research is – a tool, for me, the writer. It was hard work but I was in control of it. It was labour that was in service to the bigger picture of my story.

When I began my second novel, Tiger, about a last dynasty of Siberian tigers, and the people who live alongside them, I knew the research would involve some fairly extreme travel into harsh conditions (11 time zones, -35C, and deep snow) but I didn’t anticipate how it would come to transform the very structure of the book and change my way of understanding the world and my place in it – as both writer and human being. 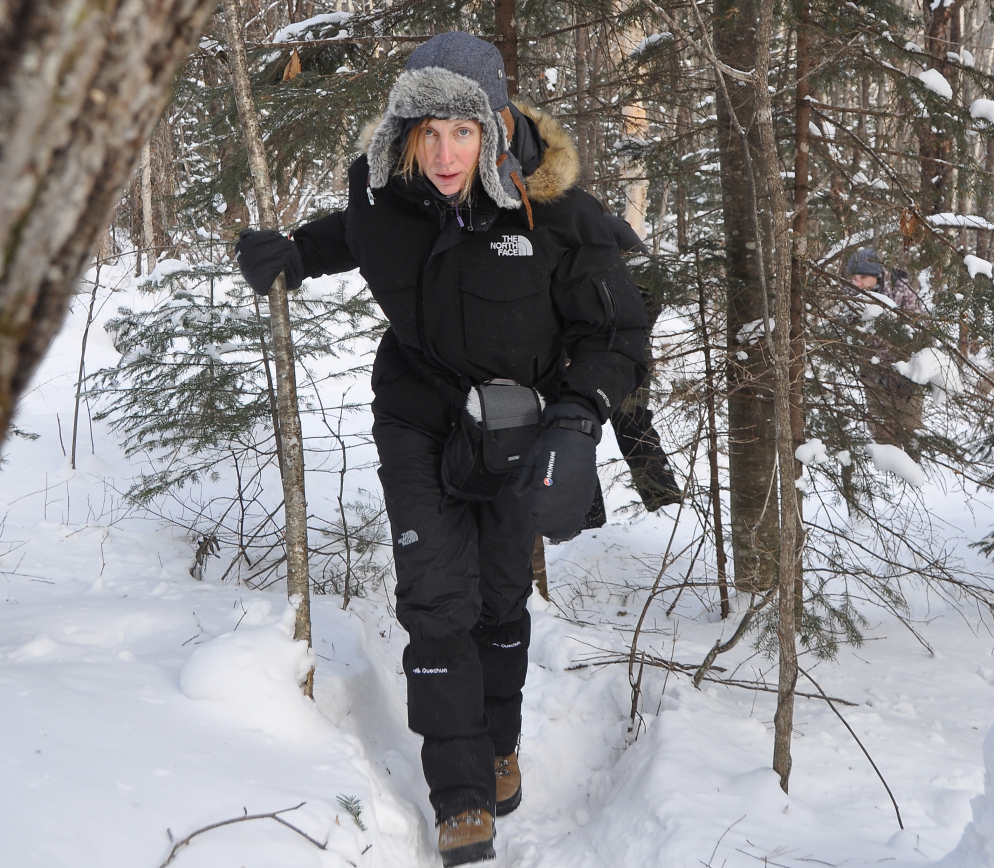 My expedition was to the remote forests of the Russian Far East where the last 500 Amur (Siberian) tigers roam wild. It might be expected that the aim of the trip was to see one in the wild, but they are so vanishingly rare this is nigh on impossible. A major selling point of the eye-wateringly expensive trip was that you will not see a tiger. We tracked the tigers with expert guides and set camera traps at their favourite spots and collected the footage later. Some in our party secretly believed we would beat the odds and see a tiger. And when the tiger proved just as elusive as we had been told, were very disappointed.

Years ago I was a zoo keeper and I have seen tigers fairly close-up. In an enclosure, away from the forest a tiger seems outlandish and exotic – its stripes, for instance, seem almost anti-camouflage in their vibrancy. The Amur tiger, the largest cat in the world, is more precisely and fully encountered by experiencing its lethally hostile environment, where is camouflage is so perfect that it can be ten metres away and you will never know. Studying its tracks, discovering its recent kill sites, all the time knowing it is watching – this is how you really ‘see’ this creature, the apex predator of an entire continent. The indigenous people of the region, the Udeghe, call the tiger the ‘Lord of the Forest’ and this came to make perfect sense. The trip was a pilgrimage: a journey to encounter a creature you will never see in the flesh. 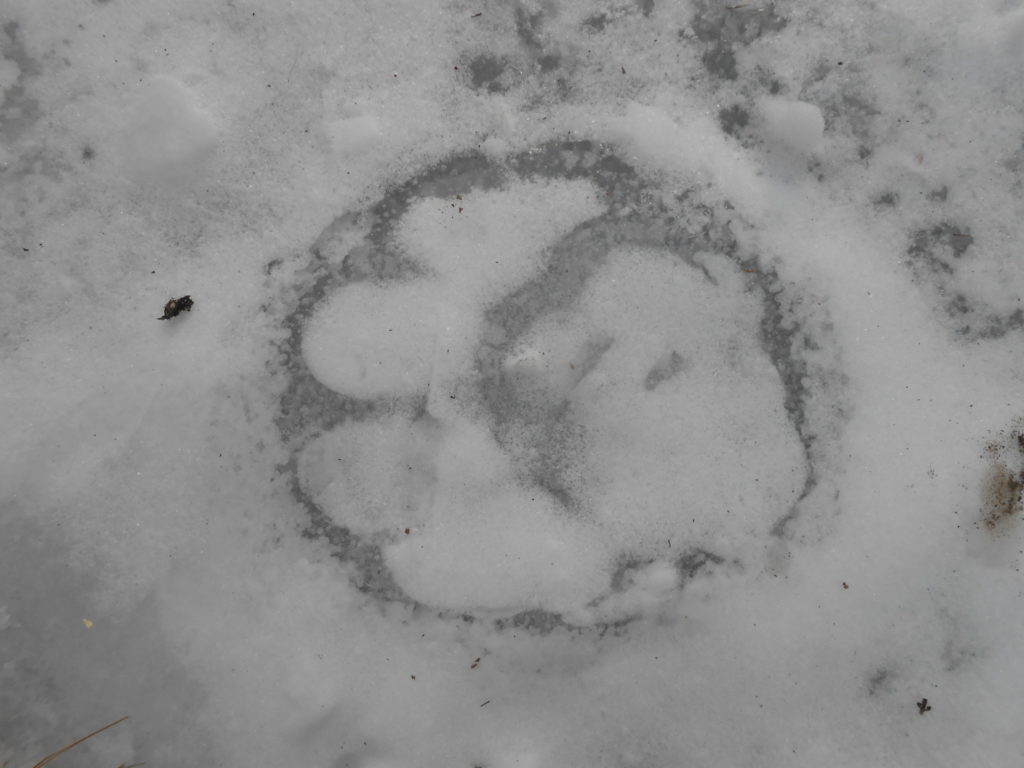 The transformational experience was therefore not seeing a tiger in the wild – it was something else, completely unexpected, that went on to create the fundamental structure of the novel. It was The White Book. Like most people I had read about the pattern of tracks in the snow, but I did not fully appreciate how meaningful it is until I was in the taiga, with nothing around me except blank snow marked with the ‘narratives’ of animal tracks. These were sometimes intertwined, sometimes parallel, sometimes alone, the totality revealing the incredible variety of life in the winter forest – and how each creature is affected by the decisions of the one before it. A weasel, for instance coming across a mouse’s tracks, will change its direction. Similarly, the tiger, discovering boar tracks, will set off in pursuit, leaving its own trail. The tracks are alongside in space, but not time and in this way the forest floor becomes a vast web of narratives, all interconnected – until a new page of snow makes the ground blank again.

Another astonishing facet of the White Book is that following tracks away from the direction of travel (as you must do with tiger tracks – if the tiger senses you, it will loop round behind you…) is effectively travelling back in time. You can discover the beginning of a creature’s story, follow it through to the end. These two things together – the interconnection of narratives in the snow, along with how tracks bring all times into the present — became the basis for the structure of Tiger, which has four connected storylines which gradually converge. The tiger, which is tracking a bear, links them all. The forest of this novel is not a backdrop, but is the very essence of the book. Tracks in the snow, are quite simply, the most thrilling and profound encounter with nature I have ever experienced. And it taught me that the best research is the kind that takes the writer over, refuses to give its answers in advance, and transforms the work beyond what the writer could have ever imagined. 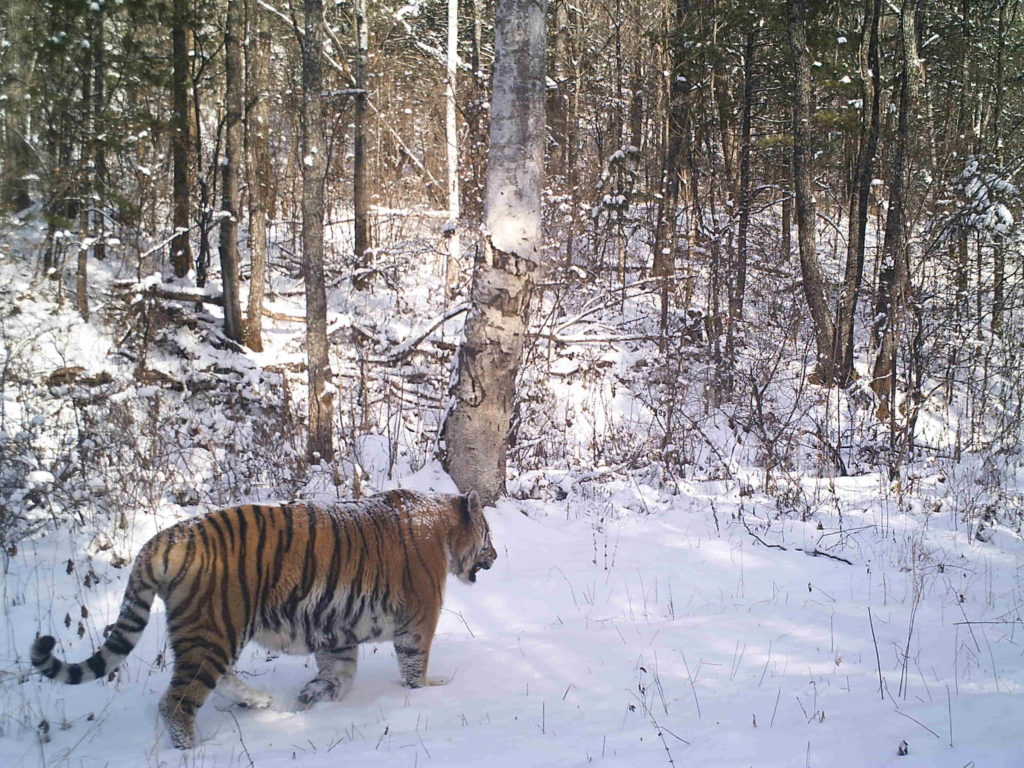 Watch the book trailer for Tiger:

Tiger by Polly Clark is published by riverrun, priced £8.99

Come By The Hills

‘Wherever I looked I could see these amazing birds, I was in a vulture landscape and my life was nev …