PART OF THE Our Favourite Things ISSUE

‘One of my very first memories is of being held in my mum’s arms and having rice in front of me.’

Sean Wai Keung writes with searing precision about the joy and sadness of life through food. He conjured his debut full-length poetry collection, sikfan glaschu at a time when restaurants were shut and Scotland was in its first lockdown. Bhavika Govil spoke to him over Zoom about poetry, Glasgow, and his obsession with washing rice. Here is an edited version of our conversation.

Can you share the significance of the title of your upcoming collection sikfan glaschu?

The word ‘sikfan’ is an anglicisation of a Cantonese phrase which is used when it’s time to eat. Literally, it just means to ‘eat rice’ – rice is often used interchangeably with the word for meal. So, it’s basically, ‘It’s time to eat food now’. And it’s a phrase that’s very dear to me. Growing up, on hearing it, I’d think, “Oh my God, it’s time for a meal!” So much happiness came from that phrase. And ‘glaschu’ is what I call Glasgow in the book. It’s about my own identity, in many ways; it’s also about the identity of the city, and that’s why [the collection] includes Gaelic in certain poems. It also includes Italian because of Italian migration. So, yeah, I really thought that this phrase ‘time to eat’ and then the city of Glasgow would encapsulate a lot of the things I want to talk about. To so many audiences that read that title, they won’t know what either word means and it could be a bit alien to them, even when actually it’s quite a simple meaning. So, hopefully when they read it, they’ll learn a bit more about what that the title means for themselves. And I really like that process.

Your work in this collection conjures such a strong sense of nostalgia, especially poems such as ‘dumpling monkey’, ‘di maggios’ and ‘time to go’. Can you share a personal food memory that’s special to you?

One of my very first memories is of being held in my mum’s arms and having rice in front of me. That’s a bowl of rice, uncooked rice in water and her taking my hand and dipping it in the water, and swishing it around so I could wash the rice. And then her sort of teaching me to pour the water out very slowly and add more water and splash around. I remember the one of the earliest times I got given the opportunity to do this on my own – oh, the pressure! I wanted the rice to be like the cleanest rice ever, washing it over and over again. And my mum commented and went, “What’s taking you so long!” I was so desperate to show that I could do it and that I could make her happy through the food. For me, that was one of the ultimate expressions of love as a kid, and it’s a memory that I hold very dear to me. It is as simple as that. Even just washing rice holds such deep memories for me.

How different was the process of writing your first full length poetry collection in comparison to your other pamphlets?

Interestingly enough, the idea came about from a callout that I saw during the first lockdown from another publisher asking people if they’d be interested in collaborating with others. I had this idea to write about restaurants and  approached a couple of people that I knew are also interested in writing about restaurants and food, but they basically said that they’re really busy and I thought, “That’s totally fine.” But the more I thought about it, the more I wondered that maybe I could do this on my own – write about my experience with restaurants. And it was a way during lockdown to remember the good times, I guess, when we could go to restaurants. So I started writing a couple of poems at first to see what would come out. And I just had more ideas, more ideas, and some more and more, and eventually I started thinking that maybe this could be a pamphlet. I just kept writing and it was a crazy couple of weeks. When I saw the call-out from Verve Poetry Press asking for possible collections, I saw their guidelines for how long a collection should be from their perspective, looked at how many poems I had and I thought, “This is really close to a collection – maybe this could be a collection.” And it’s crazy because for many years I’ve been very daunted and scared by the idea of my first collection.

On the surface, these poems are about food, but really, they’re about race and racism, migration, working-class lives – even relationships. What appeals to you about writing about food as a way of writing about something bigger?

I think that through food you can really engage with audiences and readers in all the topics that you just mentioned. But when you approach a lot of people saying, “I have this work that concerns these kind of topics”, so many people already have an impression of what it’s going to be like, and there can be some sort of backlash or defensiveness about, ‘What’s that got to do with me?’ especially for white audiences, for instance. Whereas, if you say that you want to write about food, everyone will have some idea – even if it’s the wrong idea – about what that means. So, I think it’s a great way to talk about these things with people—even white audiences – people who maybe don’t think of themselves to be interested in things like identity and migration. Beyond that, food is a huge part of my own life. I think a lot about why I’m here. The journey that my family has taken to get here – my grandparents. [Food is] often how people from other cultures and people who migrate to different places learn to communicate with the local people and become part of a community. For instance, my grandparents never really spoke much English, but they were still well-loved in the community as, you know, the chippy owners who served delicious food, and were always smiling and stuff like that. There are so many different ways that you can go about writing about food, and all of them pretty much are going to touch upon identity and culture and racism, only that it’s less obvious to certain audiences. And that’s what really appeals to me about it.

That’s a great answer. Perhaps, reading about ‘other’ experiences through personal stories and food stories is one way of digesting them.

Haha, yes. Lastly, are there any Scottish poets or poetry presses based in Scotland that you’d recommend?

Oh my god, where to begin! I highly recommend that people engage, if they can, with some of the publishers and magazines that are doing great stuff out there. Gutter magazine always do amazing things. So do Knight Errant Press and Speculative Books. There are a lot of small presses and zines doing great stuff as well, including SPAM zine, and they’re all so positive in what they do and how they go about it. That’s the most important thing, because I think when you have a culture like that with lots of small presses, lots of zines that are all trying to be more positive, it then creates a much more open atmosphere for other writers to blossom in. In terms of poets, I’ll start with Alycia Pirmohamed. She’s huge at the moment and I’m so happy for her. Then there’s Bibi June, Gray Crosbie, Nisha Ramayya, Nat Raha and Hannah Lavery – a few more names of people who have had a really positive influence on my writing.

this place was built by migrants
therefore it is ours

chinatown here opened in 1992
the year after i was born

i moved here three
years after he died 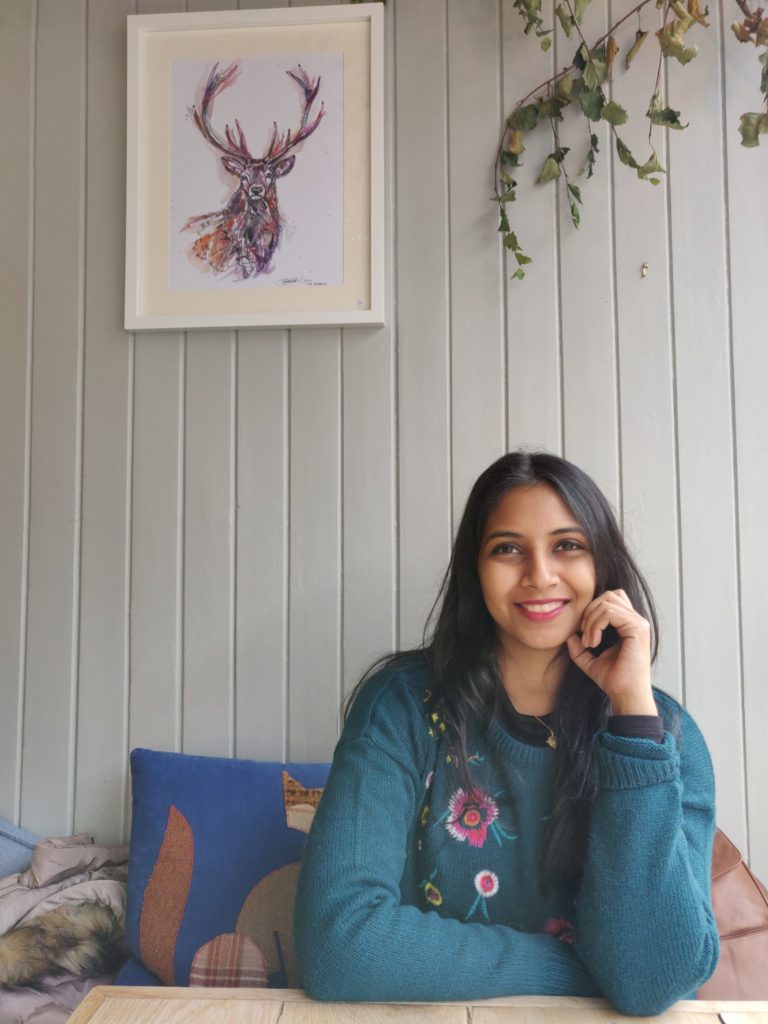 BHAVIKA GOVIL is a writer, journalist and editor born in New Delhi, India. Her short fiction and non-fiction are published or forthcoming in Extra Teeth, Gutter, Outlook Traveller and Vogue. She won the Bound Short Story Prize in 2019, was longlisted for the Toto Awards for Creative Writing (English) 2021 and mentioned as a Notable Contender for the 2020 Bristol Short Story Prize. She is on the lookout for the perfect crumb-less snack. You can read her work on bhavikagovil.com 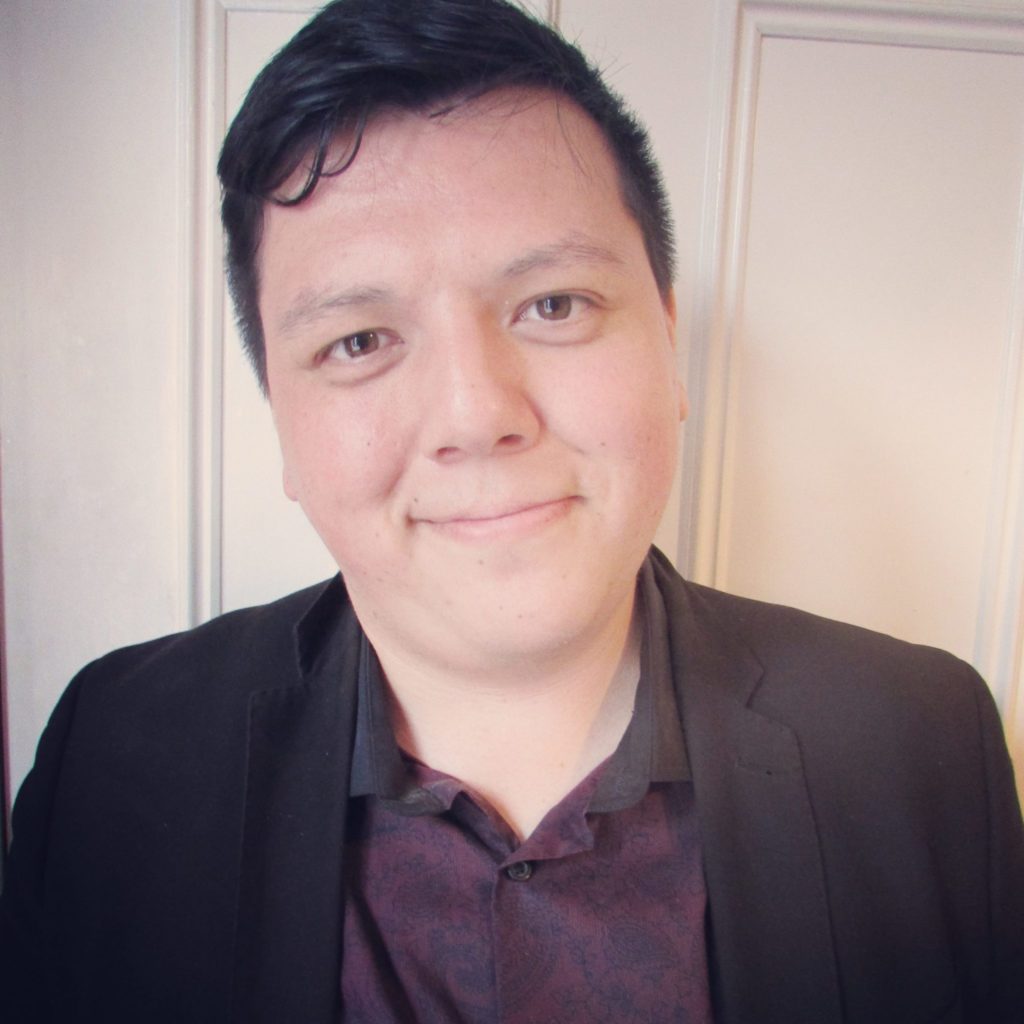 SEAN WAI KEUNG is a Glasgow-based poet and performer. His pamphlet you are mistaken won the Rialto Open Pamphlet Competition 2016 and he has also released how to cook and be happy, both with Speculative Books. He has developed solo performances with the National Theatre of Scotland, where he was a Starter Artist in 2017, Anatomy Arts, Magnetic North and the Fringe of Colour, and is also a poetry editor at EX/POST magazine. He holds degrees from Roehampton University, London, and the University of East Anglia, Norwich and has been published in 404Ink, Blood Bath, datableedzine and The Suburban Review, amongst others.

‘Astrid shutdarkens her eyes and holds the device to her chest, as if breathing was lifting Orcadia …