Birding in an Age of Extinctions

PART OF THE The Green Issue ISSUE

‘World listers, meanwhile, have prompted an explosion in avian tourism and in the support that this provides for local conservation, particularly in developing countries.’

Martin Painter has written a memoir of his birding passion, and about what it’s like being a birder in an age of natural decline. Here he shares his thoughts on pursuing this hobby while we tackle climate change.

Climate change is a looming reality for all of us and threatens to disrupt our accustomed lifestyles – and those of all living forms – in numerous ways. Birders – like all nature lovers – find themselves in the thick of it. Along with the parallel crisis of biodiversity loss, also caused by human impacts, birders are re-assessing some of their assumptions and practices.

I like to lump birders roughly into two groups – patchwatchers and world listers. The former stick mostly to local haunts and habitats, tracking the lives of resident birds while looking out for the arrivals and departures of familiar migrant visitors and of unfamiliar, rare vagrants. Patchwatchers are the descendants of 19th Century amateur naturalists. Global listers, on the other hand, are more concerned about arrivals and departures at the airport, as they head for distant parts to add to their life lists. World listers are the descendants of 19th Century trappers, shooters and bird skin or egg collectors – it’s all about discovery of the new, accumulation and the thrill of the search.

These two groups are not mutually exclusive – I am a birding member of both. My book, Birding in an Age of Extinctions, describes and reflects on my experiences as both a patchwatcher and a world birder. The impacts of climate change and of biodiversity loss as parallel threats to every kind of natural habitat, everywhere, have come increasingly to preoccupy my thoughts and actions as a birder. This is what I write about in my book

It’s not all bad news. Patchwatchers, wherever their home patch is, are keen observers of these impacts on local bird populations. They record declining numbers, changing migration patterns and new vagrants. Birding has always had a strong association with the conservation movement, right from the beginnings in the late 19th Century of the Audubon Society in the USA and the RSPB in the UK. Perhaps global listers have sometimes forsaken these roots with their obsessions, but recently the advent of eBird, where accumulated on-line birders’ lists assist with the tracking of bird populations, has been a public source of invaluable data points for conservation efforts. 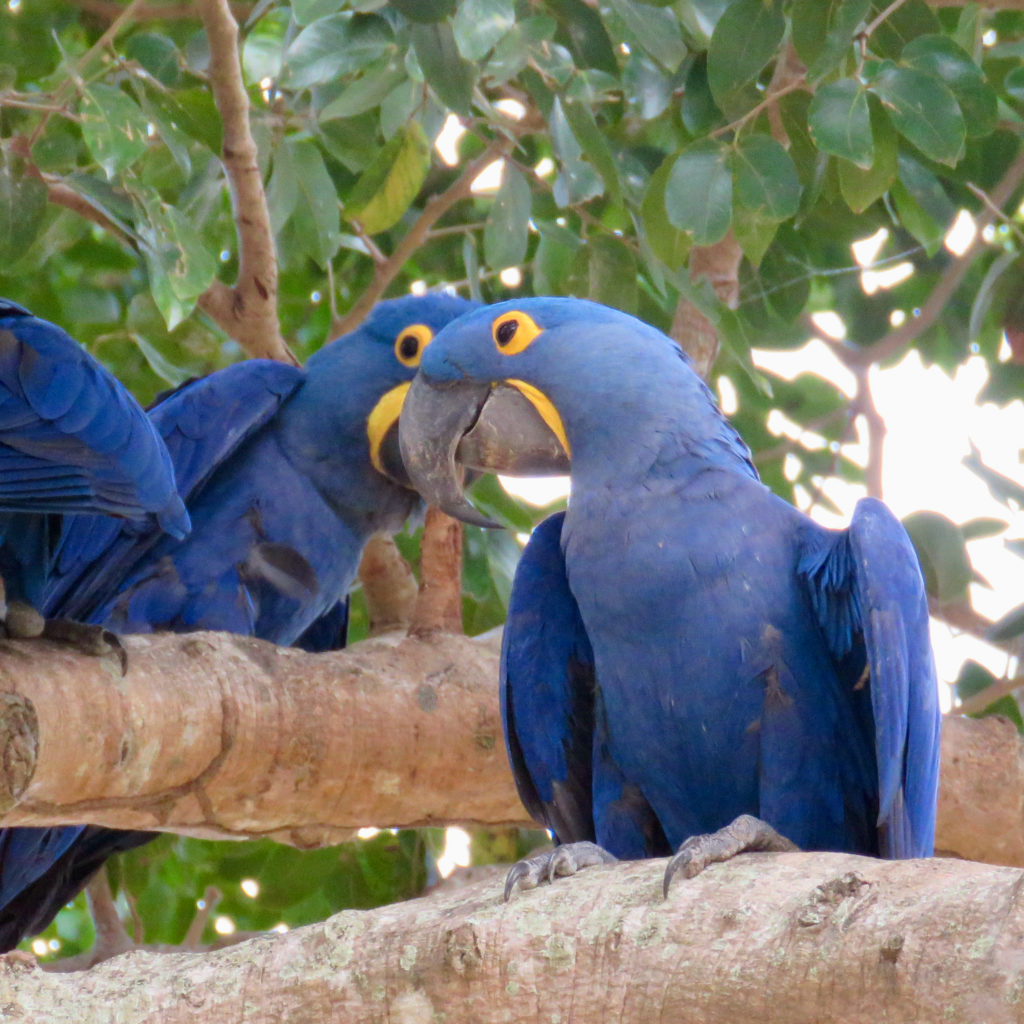 World listers, meanwhile, have prompted an explosion in avian tourism and in the support that this provides for local conservation, particularly in developing countries. I have come across numerous examples of remnant populations of endangered birds that are being protected by local villagers, NGOs and park rangers, in readiness for our visits and for the dollars we bring. Somewhat darkly, I label this ‘extinction birding’ – we get to see vanishingly rare birds in stunning, near-pristine habitats with relative ease, because they are being preserved for our benefit, and a comfortable lodge has been built nearby.

In this way, avian tourism is a bright spot in the litany of recent human impacts on nature. But birders are not always a positive influence. While birding associations and the avian tourism industry are keenly aware of the need to tread carefully when visiting fragile habitats, sometimes the eagerness to get the tick can be over-intrusive. Some of the potential harms are side-effects of our otherwise well-intentioned activities, such as over-use of ‘playback’ and of handfeeding. Perhaps more of these remnant survivors of once abundant bird populations are better left alone in their protected enclaves. 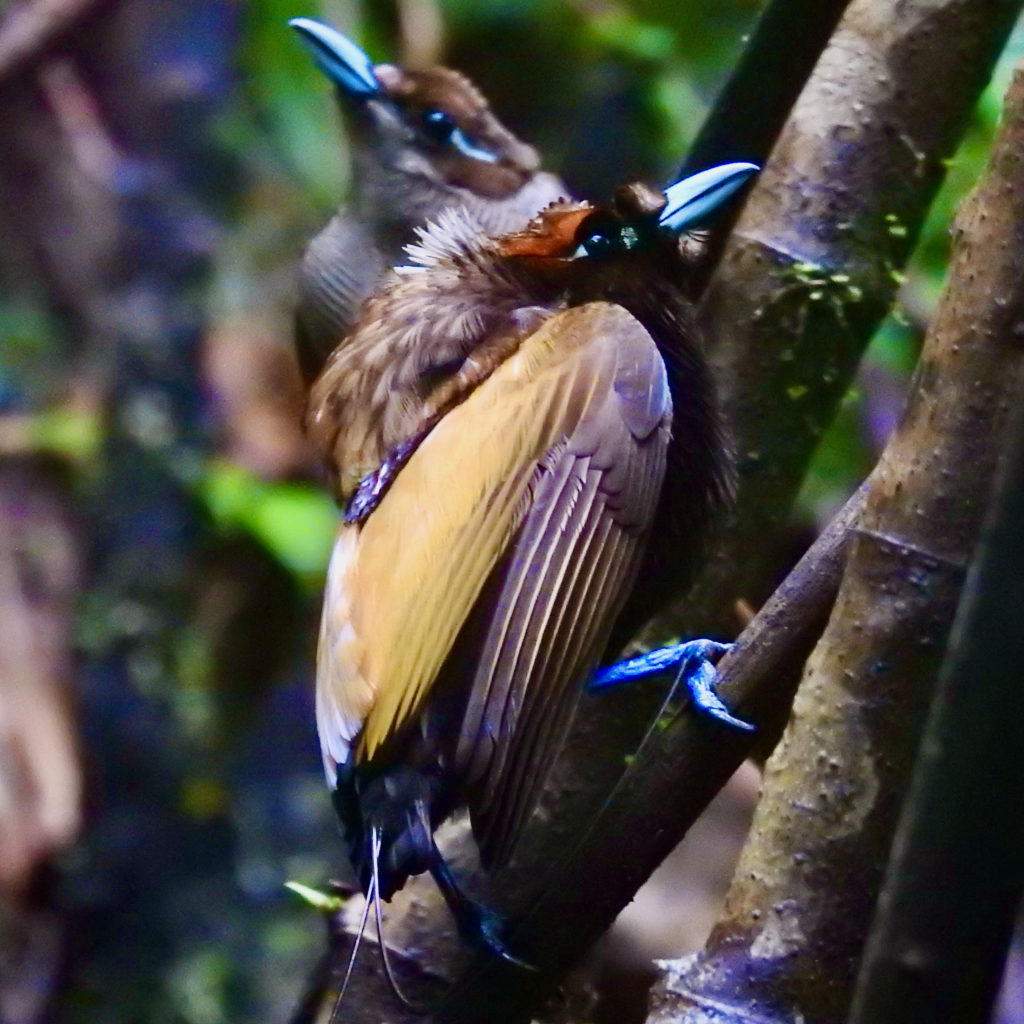 My birding travels afforded me some magical, never-to-be-forgotten birdwatching moments, such as close-ups of dazzling, dancing Birds of Paradise on their New Guinea display grounds, and encounters in the Himalayan foothills with strutting Tragopans, their startling plumage and their haunting dawn calls. The travels in themselves were exciting, occasionally scary. I experienced not only the thrill of the quest, but also the wonder of exploring some off-track, unknown forest patches, as if I were a 19th Century explorer and collector. 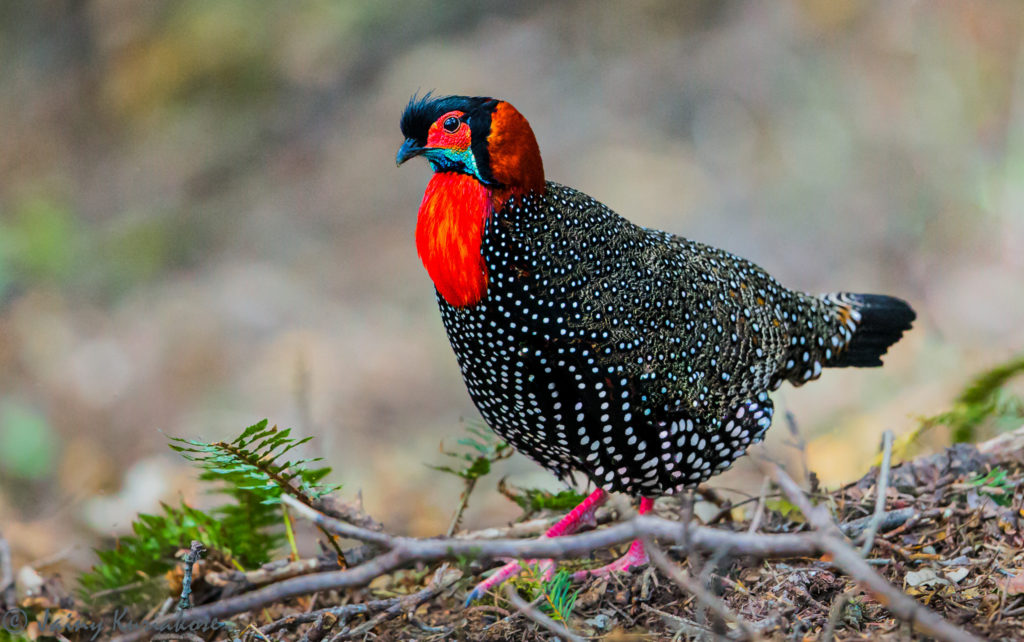 But the realities of 21st Century contacts between humans and nature are very different. Our impacts can be devastating. In an era of rapidly accelerating, human-induced climate change, the elephant in the room for world birders is the carbon footprint they leave from their frequent flyer miles. Since I began birding, my awareness of the potential harm of carbon emissions from global travel has grown. So, I have cut back my ambitions and slowed down my quest for additions to my life list. My travels in one respect were a classic case of the kind of over-consumption that has helped get us to where we are with our impacts on the planet. Had I stuck to my patchwatching, I might feel less troubled. 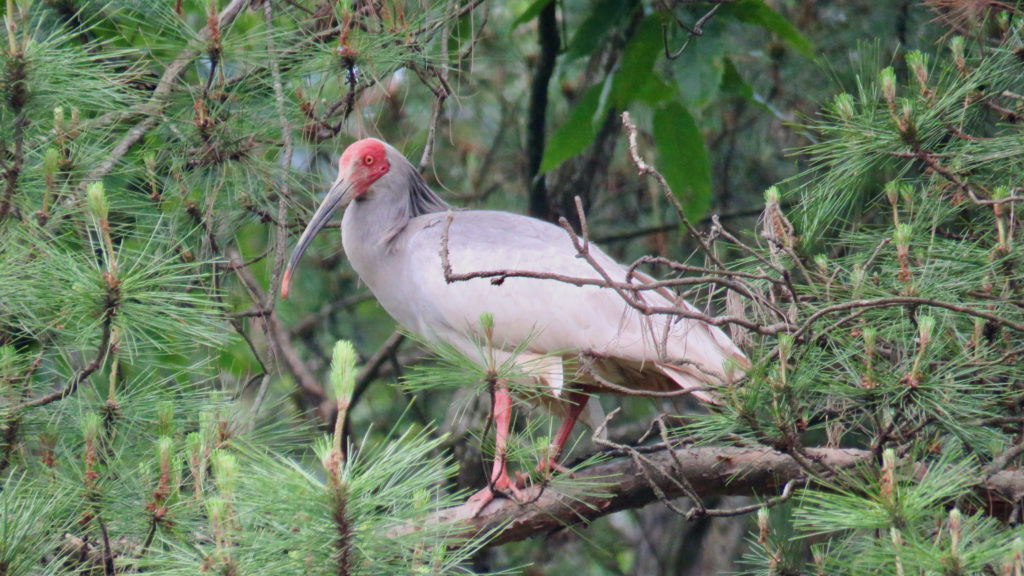 As with most things, moderation is the key, and a sense of responsibility is needed. With these provisos, birders – including world birders – should keep birding. I reflect on days spent on Cambodia’s Northern Plains scattered with ruins of the ancient temples of Angkor, in remote villages reached with the help of a local bird tour company. We are being hosted and guided by local villagers, who are protecting the rare, critically endangered birdlife (such as majestic Giant Ibis, and spectacular Red-headed Vultures). The bird tour company has devoted much of its revenue to educating the local people on how to look after the birds and helping them set up the modest local tourist infrastructure from which they make money. Without both their efforts and my birder’s thirst for encounters with the wonders of nature, birdlife would be even more diminished.

Birding in an Age of Extinctions by Martin Painter is published by Whittles Publishing, priced £18.99.

‘Capitalism moves fast. We need time to slow down, reflect, remember, resist and make space for what …

‘If we really did heed the call of the wild, he suggests, then not only can threatened species be br …