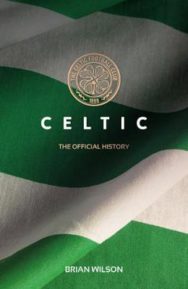 Celtic is a club like no other. Its story is a unique one, of a football club founded to raise money to help alleviate poverty within the predominantly Irish immigrant community of Glasgow’s East End. Yet, from its inception, Celtic has been a club open to all. From those humble and charitable origins, Celtic have gone on to become one of the most famous names in world football. In 1967, they became the first British club to win the European Cup, while domestically they have won, to date, 47 league titles, 36 Scottish Cups and 16 League Cups. The story of Celtic continues – of success on the field, backed by a strong organisation off it, and all underpinned by a commitment to remain true to the charitable roots of the club., this is just the latest chapter …

Brian Wilson spent eighteen years as Labour MP for Cunninghame North and served in five UK Ministerial capacities. On leaving politics in 2005, he became a Non-Executive Director of Celtic plc. He lives on the Isle of Lewis.