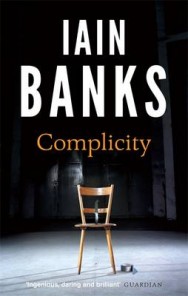 COMPLICITY n. 1. the fact of being an accomplice, esp. in a criminal act A few spliffs, a spot of mild S&M, phone through the copy for tomorrow’s front page, catch up with the latest from your mystery source – could be big, could be very big – in fact, just a regular day at the office for free-wheeling, substance-abusing Cameron Colley, a fully paid-up Gonzo hack on an Edinburgh newspaper. The source is pretty thin, but Cameron senses a scoop and checks out a series of bizarre deaths from a few years ago – only to find that the police are checking out a series of bizarre deaths that are happening right now. And Cameron just might know more about it than he’d care to admit …Involvement; connection; liability – Complicity is a stunting exploration of the morality of greed, corruption and violence, venturing fearlessly into the darker recesses of human purpose.