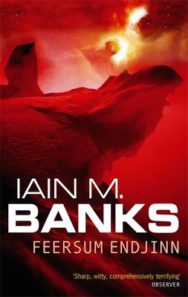 Count Sessine is about to die for the very last time …Chief Scientist Gadfium is about to receive the mysterious message she has been waiting for from the Plain of Sliding Stones …And Bascule the Teller, in search of an ant, is about to enter the chaos of the crypt …And everything is about to change …For this is the time of the encroachment and, although the dimming sun still shines on the vast, towering walls of Serehfa Fastness, the end is close at hand. The King knows it, his closest advisers know it, yet sill they prosecute the war against the clan Engineers with increasing savagery. The crypt knows it too; so an emissary has been sent, an emissary who holds the key to all their futures.