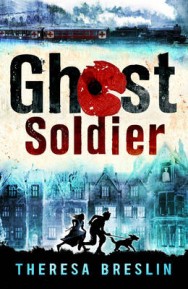 This is a thrilling, poignant story of hope and loss set during World War 1, from Carnegie Medal-winning author Theresa Breslin. Nobody believes in ghosts until they see one…The war has changed everything for Rob and Millie. Their father is missing in action and they are terrified they’ll never see him again. Then one night, deep in the woods, Rob and Millie see an eerie figure in the window of an abandoned house. But there’s no such thing as ghosts, is there?

"Full of authentic background, believable characters and a Scottish setting, this is another must-read novel by one of Scotland's finest writers" Scotsman