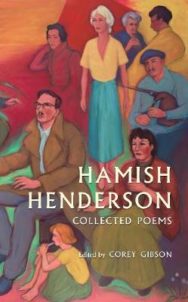 Henderson wrote, sang, and agitated for a Scottish socialist republic, for the dissolution of the British empire and its legacies, and for a conception of human value incommensurable with exploitation under late capitalism. His formative influences were his childhood exposure to Scotland’s anonymous song-poetry, and the comradely solidarity of the anti-fascist struggle of his young adulthood. Henderson’s poetic voice, therefore, is at once queer, collectivist, radical, romantic, viciously satirical, and over-earnest. It reaches always for a way of reconciling the voice of the artist with those whom they presume to speak for, to, or out of; and it wrestles tirelessly with the weight of history and the immediacy of emancipatory struggle.This book pushes at – and often transgresses – the boundaries between high modernist poetics and popular folk song; between the profound and profane; between works of individual artistic endeavour and the mass of stubborn ephemera ascribed to `anon’. This collection also advocates for a broader appreciation of Henderson’s literary legacy through explaining the continuum of radical emancipatory politics that might be plotted throughout: from the juvenilia, through the modernist war poetry of the 1940s, the soldiers’ songs, the recreated ballads or `muckle sangs’, the translations, the rousing anthems, and the late meditative, self-reflexive lyrics.

Corey Gibson is Lecturer in Twentieth-Century Scottish Literature at the University of Glasgow. He is the author of The Voice of the People: Hamish Henderson and Scottish Cultural Politics (Edinburgh University Press, 2015). His writing and research is focused on the radical literary imagination in Scotland.