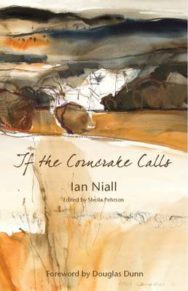 If the Corncrake Calls

When the Scottish writer John McNeillie died on the 24th June 2002 aged 85, he left behind a legacy of over 40 books, several of them minor classics, and several decades of weekly journalism in the dentist’s favourite sedative, Country Life. Almost all were written under his pen name, Ian Niall. He made his debut at the age of 22 when Putnams published his novel Wigtown Ploughman: A Part of His Life in 1939, a Scottish classic that caused a national controversy and provoked improvements in social conditions. In later life John McNeillie did not like to be reminded of his ‘ferocious account of peasant life in Galloway’, as one fan described it! He saw himself differently, an essayist and a recorder of landscape and natural life. It is certainly here that McNeillie’s output is best represented and where his well crafted prose reveals the eye and the ear of a poet, a gift for telling a good story and just something of the realism that haunted his first book. The natural history essay was his true metier as found in such volumes as The Poachers’s Handbook (1950), Trout from the Hills (1961) and his memoir A Galloway Childhood (1967).Drawing on these and others of his non-fiction books, and including the chapter of his first novel, his daughter, Sheila Pehrson, has put together an anthology that both showcases his talent and reveals the world that shaped the writer he became.John Kincaid McNeillie was the eldest son of Robert McNeillie and Jean McDougall. It was during an epidemic of meningitis, in which his younger sister died, that the infant John McNeillie was despatched from the family home near Dalmuir to be in the care of his paternal grandparents. North Clutag was the farm tenanted by his Grandfather in Wigtownshire and it was here in a horse-drawn time-warp, a world closer to the 19th century and the world of Robbie Burns than to the twentieth-century, that he was to spend the formative years of his life. Although this was a childhood marked out by separation, dislocation and loss it was also a childhood that tied him into the natural world, seasonal change, and the rhythm of farming life. It was a time he would always describe as idyllic and which he celebrated in his writing, just as Richard Jefferies and others had done before him.John McNeillie was made a Doctor of Letters by Glasgow University, for his contribution to Scottish literature, in 1998.

Ian Niall is the pen name of Ian McNeillie who wrote over 40 published works and many articles, mostly dealing with nature and the outdoors.