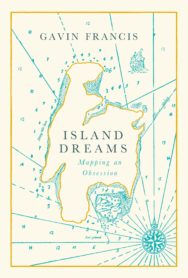 In Island Dreams, Gavin Francis examines our collective fascination with islands. He blends stories of his own travels with psychology, philosophy and great voyages from literature, shedding new light on the importance of islands and isolation in our collective consciousness.Comparing the life of freedom of thirty years of extraordinary travel from the Faroe Islands to the Aegean, from the Galapagos to the Andaman Islands with a life of responsibility as a doctor, community member and parent approaching middle age, Island Dreams riffs on the twinned poles of rest and motion, independence and attachment, never more relevant than in today’s perennially connected world.Illustrated with maps throughout, this is a celebration of human adventures in the world and within our minds.

Gavin Francis is a wonderful writer – thoughtful, engaging, immensely knowledgeable and supremely human — BILL BRYSON An intoxicating voyage during which maps become fictions and fictions verifiable facts. Myths of returning and older legends carry us out in a shared fugue of obsession and release. Here is a worthy companion to the dream labyrinths of Borges — IAIN SINCLAIR A thrilling book – beautiful and spare at once . . . A real achievement — TIM DEE In this charming and beautifully illustrated book, Gavin Francis asks important questions about isolation and connection, and considers the ways in which islands have been imagined and experienced by travellers through the ages — MALACHY TALLACK When you read this book, read it slowly, to savour it. There is something distilled about the prose, an aesthetic of brevity, and an ethereal, dreamlike quality to the writing that is delicate, luminescent and joyously uplifting. Like generations of travellers before him – many of them evoked here – Francis is lured by the dream of isolation. Go with him. He will share his solitude with you. You will find your own — ALLAN LITTLE A sober and beautiful book about the landscape of the human body: thought-provoking and eloquent — HILARY MANTEL on ADVENTURES IN HUMAN BEING Fluent, subtle, tough and often beautiful — ROBERT MACFARLANE on TRUE NORTH Wonderful, subtle, unpretentious . . . Produces a kind of complicity between the author, the reader, and the subject — JOHN BERGER on ADVENTURES IN HUMAN BEING A valuable addition to polar literature, vividly describing the brutal,but beautiful, realities of undergoing an Antarctic winter — SIR RANULPH FIENNES on EMPIRE ANTARCTICA Immensely engaging and often unexpected. His achievement here is to guide readersthrough his special landscape with such eloquence and subtlety * * Sunday Times on ADVENTURES IN HUMAN BEING * * 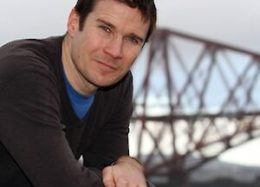 Gavin Francis is an award-winning writer and GP. He is the author of four books of non-fiction, including Adventures in Human Being, which was a Sunday Times bestseller and won the Saltire Scottish Non-Fiction Book of the Year Award, and Empire Antarctica, which won Scottish Book of the Year in the SMIT Awards and was shortlisted for both the Ondaatje and Costa Prizes. He has written for the Guardian, The Times, the New York Review of Books and the London Review of Books. His work is published in eighteen languages. He lives in Edinburgh, Scotland.@gavinfranc | gavinfrancis.com