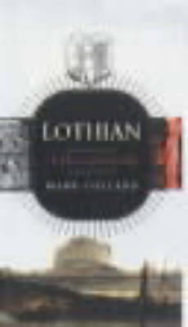 The Lothian region of Scotland is situated in the south-east of the country, its boundaries marked by the Lammermuir hills, the North Sea and the Firth of Forth. The wealth of fertile soil and mineral deposits in this area ensured its national importance from very early times. With entries covering the Mesolithic Period, through the impact of the Celts, the Romans and the Picts, to the medieval and industrial ages, this book details the abundance of archaeological remains and places of historic interest to be found in this area including: Traprain Law, the Iron Age hill fort dating back to 1000 BC; Cairnpapple, a religious site used for rituals throughout the Bronze Age; the Dark Age Settlements of Doon Hill, near Dunbar; Linlithgow Palace and St Mary’s Church in Haddington, both medieval landmarks; and the landscapes of West and Mid-Lothian, which still bear the marks of the early industrial age. This book is a combination of guide, gazetteer and site maps. Its layout is chronological and each chapter deals with a different period, from prehistoric times to the industrial age.

Mark Collard studied at the University of London and at Oxford. He was Honorary Secretary for the Council for Scottish Archaeologists, and now holds the post of Edinburgh City Archaeologist. He is currently working on a study of the archaeology of Leith.