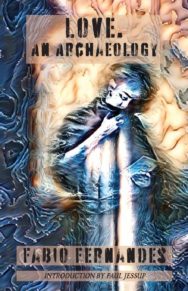 Fourteen stories, ranging from science fiction to weird, mixing future scenarios (on and off-Earth) and alternate realities, but in fact, they are essentially about one thing: love and its malcontents.

A man who refuses to let death erase the memories of his loved ones; two time-travellers leaping through the aeons in a literal love-and-death relationship; a murderer in love with the ghost of his prey – and more.

What would you do for love? What lengths, in space and time, would you go to? These characters have done it all.

Fabio Fernandes lives in São Paulo, Brazil. He has published several books, among which the novels Os Dias da Peste and Back in the USSR (in Portuguese) and the collection L’Imitatore (in Italian). Also a translator, he is responsible for the translation to Brazilian Portuguese of several SF novels, including Neuromancer, Snow Crash, and A Clockwork Orange. His short stories have been published online in Brazil, Portugal, Romania, the UK, New Zealand, and USA, and also in Ann and Jeff VanderMeer’s Steampunk II: Steampunk Reloaded and Southern Fried Weirdness: Reconstruction (2011), The Apex Book of World SF, Vol 2, Stories for Chip. Co-edited (with Djibril al-Ayad) the postcon anthology We See a Different Frontier, and, with Francesco Verso, the anthology Solarpunk – Come ho imparato ad amare il futuro.