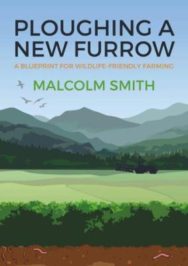 Home > Science and Nature > The Environment > Ploughing a New Furrow: A Blueprint for Wildlife Friendly Farming

Ploughing a New Furrow: A Blueprint for Wildlife Friendly Farming

Farmland wildlife has been decimated by intensive crop growing using pesticides, grubbing up hedges, ploughing heathland and draining marshes, etc. With too many sheep grazing our moors, hills and mountains, a range of upland plants, invertebrates and birds has been diminished and the land converted to closely-grazed turf, perfect for heavy rain to cause catastrophic downstream floods. Once common farmland birds have declined by 54% since 1970 with farmland invertebrates declining by 40% in a few decades. Since the 1930s a staggering 97% of our once flower-rich meadows has been lost.Ploughing a New Furrow examines these stark figures and in the context of Brexit considers the unprecedented opportunity for wildlife once again to be nurtured by Britain’s farmers alongside food production, reversing the enormous plant and animal losses our farmland has suffered.With its financial largesse, the Common Agricultural Policy (CAP) has encouraged farmers to destroy huge areas of wildlife habitat in Britain’s lowlands and seriously damage large tracts of our uplands, depleting Britain’s farmed land of much of its wildlife. With responsibility for farm policy to be transferred back to the UK, these enormous losses could be reversed and Britain’s farms made wildlife-rich once more.This book is based to a significant extent on conversations with farmers and on the achievements and experiences of some farmers who have made good use of agri-environment payments to reinstate lost habitats and manage their remaining wildlife more sensitively. The author sets out the case for removing or capping subsidies, supporting organic and other more sustainable forms of agriculture and the conservation of soils and the rich life forms they hold. He proposes a set of policy changes and other measures that should be adopted by the Government post-Brexit to make the 70% of our land that farming occupies rich in wildlife again. Literally food for thought!

Malcolm Smith is a biologist, former Chief Scientist and Deputy Chief Executive at The Countryside Council for Wales and has been a Member of the Board of The Environment Agency (for England and Wales). He has had numerous features on wildlife, heritage and travel published in a variety of publications and is the author of the acclaimed Life with Birds, a Story of Mutual Exploitation; Back from the Brink and Gone Wild, Stories from a Lifetime of Wildlife Travel.