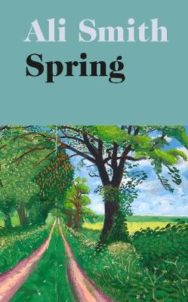 SUNDAY TIMES BESTSELLERFrom the bestselling author of Autumn and Winter, as well as the Baileys Prize-winning How to be both, comes the next installment in the remarkable, once-in-a-generation masterpiece, the Seasonal QuartetWhat unites Katherine Mansfield, Charlie Chaplin, Shakespeare, Rilke, Beethoven, Brexit, the present, the past, the north, the south, the east, the west, a man mourning lost times, a woman trapped in modern times?Spring. The great connective.With an eye to the migrancy of story over time, and riffing on Pericles, one of Shakespeare’s most resistant and rollicking works, Ali Smith tells the impossible tale of an impossible time. In a time of walls and lockdown Smith opens the door.The time we’re living in is changing nature. Will it change the nature of story?Hope springs eternal.Praise for the Seasonal Quartet:’Transcendental writing about art, death, political lies, and all the dimensions of love. It’s a case not so much of reading between the lines as of being blinded by the light between the lines – in a good way’ Deborah Levy on Autumn’The novel of the year is obviously Autumn, which managed the miracle of making at least a kind of sense out of post-Brexit Britain’ Olivia Laing, Observer on Autumn’Ali Smith is flat-out brilliant, and she’s on fire these days… Combining brainy playfulness with depth, topicality with timelessness, and complexity with accessibility while delivering an impassioned defence of human decency and art’ NPR on Winter’Rank[s] among the most original, consoling and inspiring of the artistic responses to ‘this mad and bitter mess’ of the present’ Financial Times on Winter’A novel of great ferocity, tenderness and generosity of spirit that you feel Dickens would have recognised… Smith is engaged in an extended process of mythologizing the present states of Britain… Luminously beautiful’ Observer on Winter

Ali Smith was born in Inverness in 1962. She is the author of many novels, including most recently Autumn, Winter and Spring in the ‘Seasonal’ quartet. Her 2014 novel How to be both won the Baileys Women’s Prize for Fiction, the Goldsmiths Prize and the Costa Novel of the Year Award. She has also been shortlisted once for the Orwell Prize, twice for the Orange Prize and four times for the Man Booker Prize, among many other prizes. Ali Smith lives in Cambridge.