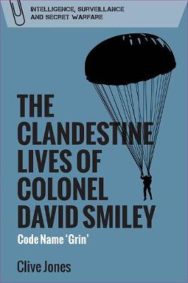 Drawing on extensive interviews and archival research, this biography uncovers the motivations and ideals that informed Smiley’s commitment to covert action and intelligence during the Second World War and early part of the Cold War, often among tribally based societies. With particular reference to operations in Albania, Oman and Yemen, it addresses the wider issues of accountability and control of clandestine operations.

Clive Jones has written a fascinating account of a regular/irregular soldier who was involved with some of the key British special operations in the Balkans and Arabia from 1943 to 1968. Smiley, with his obvious code-name 'Grin', was a no-nonsense man, who was modest about his remarkable exploits in the best tradition of the British Army.–Saul Kelly, King's College, London "Middle Eastern Studies "