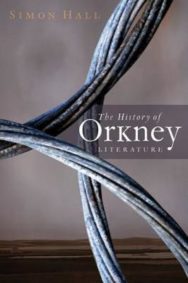 The History of Orkney Literature

Since the middle ages, Orkney has proved remarkable for the volume and the quality of its literary output. From the skalds and sagamen of the Viking age, through to the colourful folklorists, polemicists and translators of the Victorian era, and the internationally acclaimed poets and novelists of the twentieth century, Orkney has continually and self-consciously developed a unique literary culture of its own. This clearly defined artistic territory resembles a sub-nation at times, and is characterised not by insularity, but by what might be termed a positive ‘insularism’ – defining, reinventing and presenting itself to the world.The History of Orkney Literature is the first full survey of literary writing from and about the Orkney Islands. The book presents readings of uncomplicatedly Orcadian writers such as Walter Traill Dennison, Edwin Muir, Eric Linklater, Robert Rendall and George Mackay Brown. It also considers major texts written by ‘outside’ authors which are nevertheless demonstrably Orcadian in terms of their setting, style and influence. The History of Orkney Literature charts the development of this distinctly Orcadian strand within Scottish Literature, and shows how the archipelago, rather than the nation, can indeed be the defining locus of a compact and vibrant literary tradition.

Simon W. Hall Has written and lectured extensively on Scottish and Orcadian Language and Literature. He is a head teacher, and lives with his family on a farm in the West Mainland of Orkney. The History of Orkney Literature was winner of the Saltire Society Scottish first book of the year award in 2010.