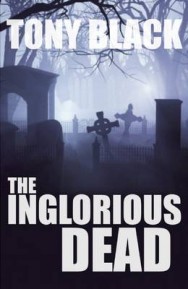 This is the new Doug Michie crime novel by Tony Black, the acclaimed Scottish writer. Full of intrigue, lies, secrets, and illicit sexual encounters, this is a must-read for all fans of crime noir. Doug Michie is still holed up in Burns Country, trying to lick his wounds after the death of his mother and the disaster of his last case, when he finds himself something of a local celebrity in Ayrshire. His name, it seems, is now synonymous with the eradication of corruption – but, living up to the expectations of others has never been a strong point of his. After selling off the family home, he finds himself looking for something to fill his long days. What he finds is the case of a murdered member of the Orange Order, who could have been a poster-boy for the sectarian bigotry he despises so much. His sense of justice is alerted when he hears the facts of the case and he feels compelled to dig deeper. Uncovering a victim whose lifestyle was anything but wholesome, and with potential killers mounting up by the minute, Doug feels he has taken on an unsolvable case.Knowing the territory, and calling in old favours from contacts in the north of Ireland, Doug endeavours to root out the true reasons behind the Ayrshire killing, and finds a wider conspiracy than he ever imagined possible. If you love hard boiled crime you’ll love this book.

Tony Black is an award-winning journalist and the author of some of the most critically-acclaimed British crime fiction of recent times.