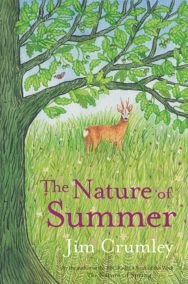 Home > Geographical > The Nature of Summer

The Nature of Summer

In the abiding light of summer, the nature in Jim Crumley’s heartlands of Scotland is burgeoning freely. Seals sing, brown hares bound, dragonflies dance. His silent vigils reveal not only an enchanting account of summer’s exuberant profusion, but the unfolding climate chaos. From declining puffin populations to the demise of entire glaciers, this is a world in crisis … and of everyday miracles on land, mountains, lochs, coasts and skies.

Jim Crumley’s intimate portraits branch out beyond the heart of the Highlands to memories of summers past: from kittiwake cliffs in far-flung St Kilda to the pure wilderness of Arctic Norway, where sea eagles rule. The Nature of Summer explores what is at stake as our seasons are pushed beyond nature’s limits. 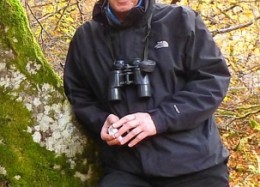 The Eagle’s Way was shortlisted for a prestigious Saltire Society award, and his Encounters in the Wild series – which sees Jim get up close and personal with Britain’s favourite animals – has found him many new readers. He has also recently written about the return of the beaver to the UK’s wetlands in Nature’s Architect (Saraband, 2015).

Jim is a widely published journalist and has a monthly column in The Scots Magazine, as well as being a poet and occasional broadcaster on both radio and television.