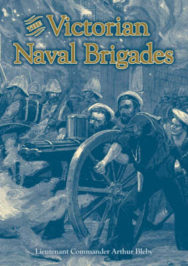 By (author) A L Bleby

A Naval Brigade was defined as a body of seamen of Royal Marines drawn from their ships and landed for active service under the orders of an army commander. Beginning with the Crimean War and ending with the Boxer Rising, the Royal Navy landed Naval Brigades to play a significant role in eleven of the ‘Wars of the Empire’. The author provides detailed information of Naval Brigades’ weaponry; in the Crimea, and initially for Peel’s Brigade in India, the army required siege artillery. In Abyssinia, the Zulu war and the First Boer War the rocket was a potent weapon. The Gatling gun, or its variant the Gardiner gun, was the main weapon of the Naval Brigades in Egypt and the Sudan. Fascinating information is given on the training sailors received at HMS Excellent, the Naval Gunnery School on Whale Island, Portsmouth. As well as providing carefully researched events, names and quotes, the author also offers an insight into the characters of those who formed the Naval Brigades. Major General W.C.F.Molyneux, who fought alongside the Naval Brigades in the Zulu War and later against Arabi Pasha in Egypt, said: Sailors are the best of comrades in rough times; nothing puts them out; I suppose because the ship is their home, and a run ashore is always and in any circumstances a holiday to them. This book is sure to be of great interest to anyone who enjoys military, naval and maritime history. It will also be of appeal to the general reader and anyone looking for a fascinating read about the time of the British Empire.